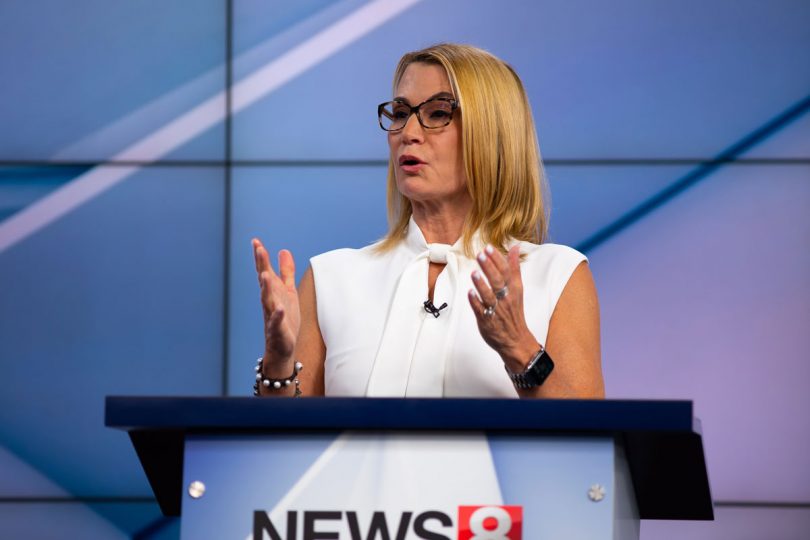 Themis Klarides said she is ‘a strong, common sense, Connecticut Republican and that’s how you win an election.’

Themis Klarides embraced her moderate political leanings as a general election strength during a Tuesday night debate of Republican U.S. Senate hopefuls, which saw opponents Leora Levy and Peter Lumaj compete for the most conservative positions on abortion and gun control.

The candidates clashed during a quick but heated debate, moderated by WTNH personalities Jodi Latina and Dennis House at the network’s studios in New Haven. All three candidates will be on the ballot during an Aug. 9 primary for the Republican nomination to run against U.S. Sen. Richard Blumenthal.