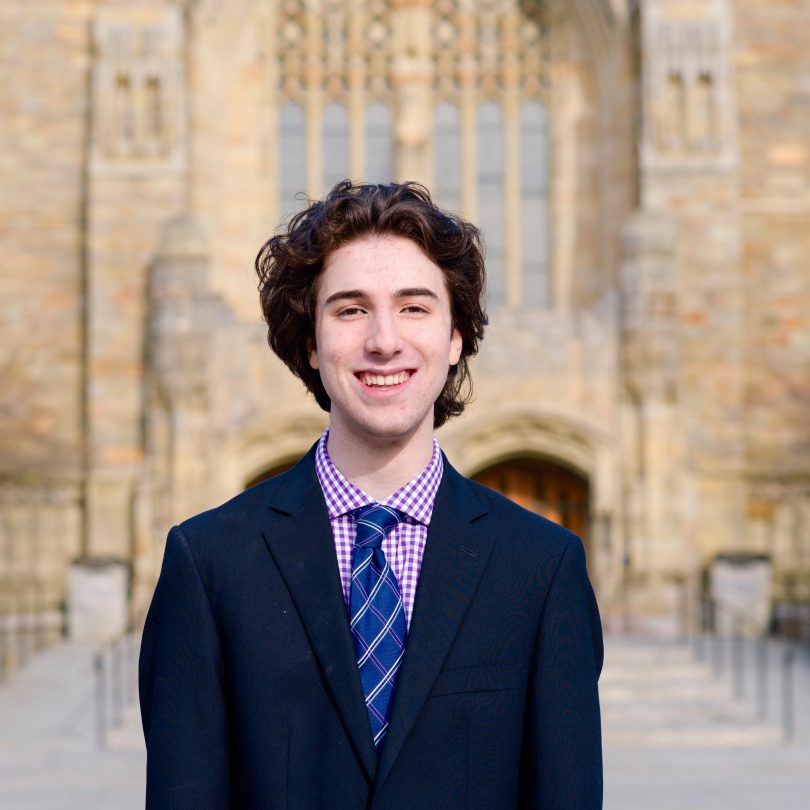 Each year, Kingswood Oxford seniors are required to write an 15 to 20 page thesis on a subject of their choice, a culmination of four years of the school’s rigorous writing program.

Waldman studied Gish Jen in the Kingswood Oxford Symposium class, KO’s signature program that invites a notable author to visit the school, work with students and discuss the writer’s oeuvre that the students have read over the course of several months.

Waldman was so captivated by the topic of religious fundamentalism, he decided to write his thesis paper on the subject. He consulted with his thesis advisors, Lynne Levine and Meg Kasprak, who suggested Waldman counterpoise his argument with an unpacking of Flannery O’Connor’s work.

Waldman said both works warn of the pitfalls of fundamentalism yet with different remedies. The paper explores the ways in which the characters solve the void of spirituality. Creating the idea of a spectrum of religiosity, from the very devout to the anti-religious, Waldman maintains that the circumstances of one’s background informs how one finds his or her way through life. Whereas the character in Wise Blood is propelled away from virulent fundamentalism with its antithetical vitriolic expression, the characters in Jen’s work gravitate towards religion as a respite from their feelings of dispossession.

Waldman was privileged to consult with Jen while writing his paper, and she affirmed his understanding of her work.

Waldman, a resident of West Hartford, now attends Yale University where he is a double major in math and political science. Of his KO education, Waldman said, “One aspect of a KO education that is especially valuable is its emphasis on writing. From middle school to Symposium, I learned how to critically evaluate others’ ideas and to synthesize my own, which will continue to serve me well in all facets of my life.”