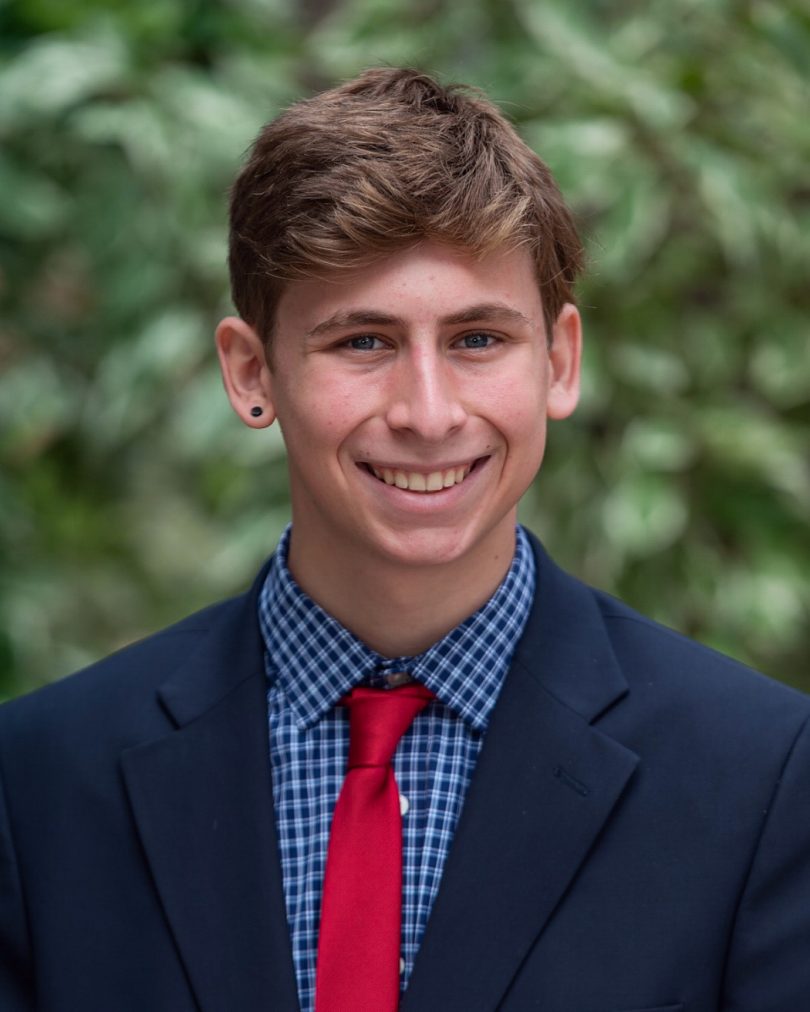 Teddy Schwartz of West Hartford, a senior at Kingswood Oxford, was the top speaker at the recent tournament.

Kingswood Oxford student Teddy Schwartz ’22 of West Hartford won the Top Speaker prize with a score of 95 at Choate’s annual debate tournament – one of the most competitive of the year. Held virtually on Jan. 19, the tournament was attended by over 100 students from area preparatory schools including Choate, St. Paul’s, Loomis, Roxbury Latin, Windsor, Hopkins, Brunswick, Groton, Buckingham, Browne, and Nichols, Governors, Hotchkiss, and Deerfield.

Schwartz competed in parliamentary debate with his long-time debate partner, Sam Merkatz ’22. The formidable team won the best-advanced team in the tournament.

Parliamentary debate is a formal contest featuring critical analysis and rhetorical skill. Participants represent the advocates for and against a motion for debate. The teams have 10 minutes of preparation time from the announcement of the motion to prepare for each debate. The three resolutions Schwarz and Merkatz debated were: Whether or not a country should pull out of sporting events due to a nation’s human rights violations; Should preferential treatment and hospital beds be given to those patients who have received a COVID vaccine over those who haven’t; Should abortion be delegated at the federal or state level.

Whether or not the teams are for or against a topic is determined by a coin toss. “You don’t always get to support the position that you truly believe in,” Schwartz said.

To prepare for the argument, Schwartz and Merkatz wrote down the three points they wanted to articulate and decided which one of them would argue. Additionally, they delineated three sub-points for each of the main points. Schwartz wrote a “crux” of what the debate boils down to, time permitting.

Schwartz reads The New York Times on occasion to familiarize himself with events and major topics since the teams are not permitted to research or Google during the prep time.  “It’s all about ethos, logos, pathos,” Schwartz said. “How do you make an appeal? I have a better emotional and moral appeal. That’s what I like to do. That’s my style. And Sam is a very logical approach so as a team we can cover all of the bases.”

With his assuredness, it’s hard to imagine that Schwartz ever gets a case of nerves, but he admitted to some edginess, especially as a novice. To control his emotions Schwartz shared, “If you can get into the right headspace for me it works. I start really getting into it and animated. It’s like a performance almost. Your mind works really fast. I like speaking. I reframe it in my mind. I’m not nervous. I’m excited. I want to destroy it.”

Schwartz participated in Model U.N. in KO’s Middle School and decided to give Forensic Union a shot in his freshman year due to the enticement of free pizza at the meetings. After watching the senior officers in the club debate and playing games, he was hooked. Forensic Union coach Michelle Caswell said that Schwartz is a tremendous collaborator and a wonderful role model to his younger teammates.

Schwartz is not entirely green, though, when it comes to the art of debate. Both his parents are lawyers, and conversation is encouraged at the dinner table. “I am generally the kid who goes against the grain,” he said. “ I’ve not been afraid of debate or arguing with people and my parents always encouraged it.”

Schwartz feels that his debate prowess has helped him articulate his own positions on various issues. Debating both sides of an issue helps me think through the topic. It allows me to have empathy for how other people feel. People aren’t crazy. It helps me understand, this is why they think that.”

The next step for Schwartz is to compete in Internationals with his teammates, Frank Pu ’23 and Merkatz. He will need to compete with a prepared speech which he has not performed before. Following Internationals, Schwartz will move on to Worlds, another prestigious event.