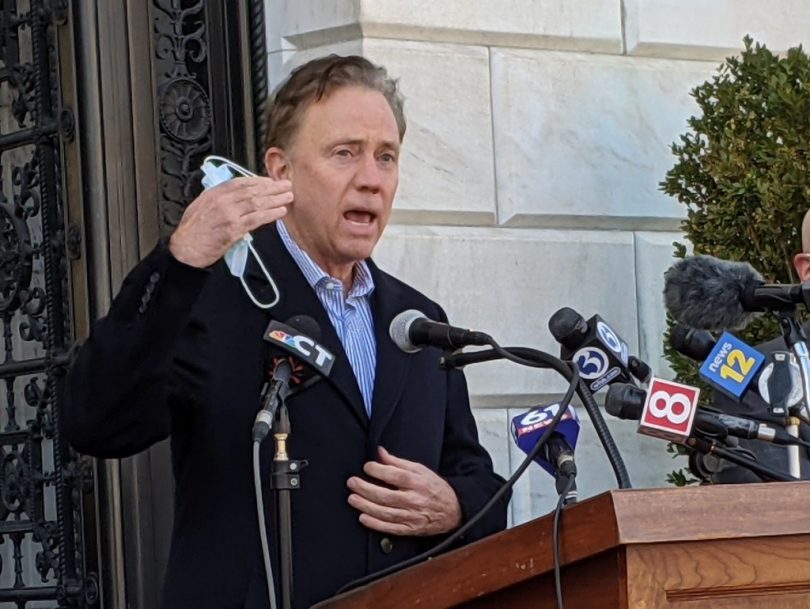 Another 21 West Hartford residents tested positive for COVID-19 over the weekend, according to data released by the state on Monday.

Eyeing a COVID infection rate of over 3% Monday, Gov. Ned Lamont continued to back voluntary public masking guidelines over renewed state mandates and asked for more time to decide whether masks would be required in schools.

With virus transmission rates high enough in most of Connecticut to meet the Centers for Disease Control recommendation that vaccinated people wear masks indoors in public, the governor told reporters Monday he plans to continue to “strongly recommend” – but not require the policy.

Over the weekend another 1,245 people tested positive for the virus, bringing the state’s COVID infection rate to 3.18% after remaining higher than 2% for the past week. The number of patients hospitalized with the virus increased by 32 to 148. Public health officials attribute this spike in Connecticut and elsewhere to the more infectious Delta variant.

Another 21 West Hartford residents tested positive for COVID-19 over the weekend, according to data released by the state on Monday.

But despite the climbing virus indicators, Lamont said he had no immediate plans to order new restrictions on businesses like restaurants or return to regional travel constraints. He said Connecticut was in a stronger position now than it was during the last COVID surge because so many residents have been vaccinated against the virus.

“We know the vaccines are incredibly effective and they work and they prevent – obviously they prevent hospitalizations and serious consequences,” Lamont said. “I think we’re in a very different place today than we were eight months ago.”

The governor said the ongoing spread of the Delta variant has also put him closer to a decision on how to handle mask policies in schools during the coming school year. He said state and federal guidance already advised everyone to wear masks in schools but “how that is enforced, we’ll figure that out over a period of time.” The governor said he expected to make a statewide announcement in the next two weeks.

“I want those kids in person in school,” he said. “I worry that there are going to be a lot of these two-week quarantines and ball teams shut down. That’s a real priority, to make sure our schools stay open. That will be the lens I look through.”