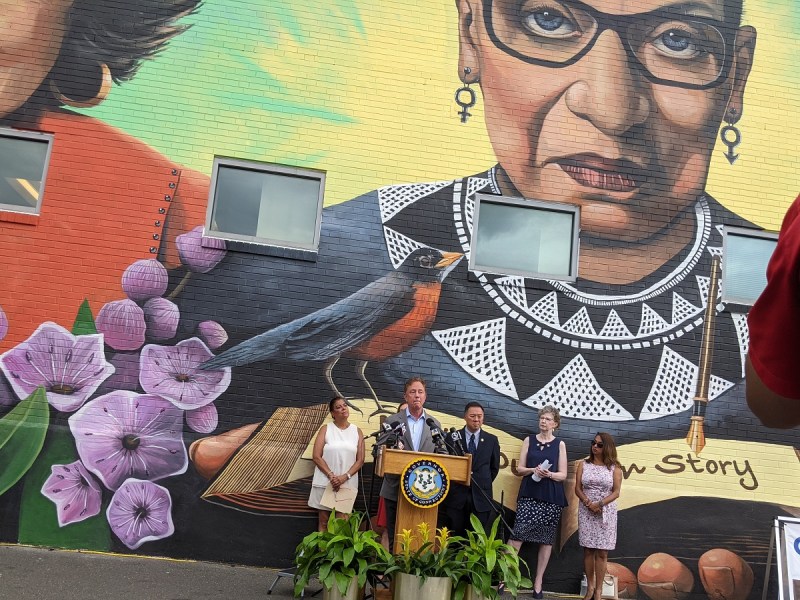 Gov. Ned Lamont and Lt. Gov. Susan Bysiewicz, along with several commissioners and other officials, held the press conference to announce the new hotline – 1-866-CTCHOICE – for use in accessing resources and information about abortion services in the state.

“This is not over. This is a warning shot across the bow, what you saw come out of the Supreme Court,” Lamont said from a podium positioned beneath the face of the late Justice Ruth Bader Ginsburg, who features prominently in a vibrant mural of female leaders painted on the Market Street offices of the Community Renewal Team.