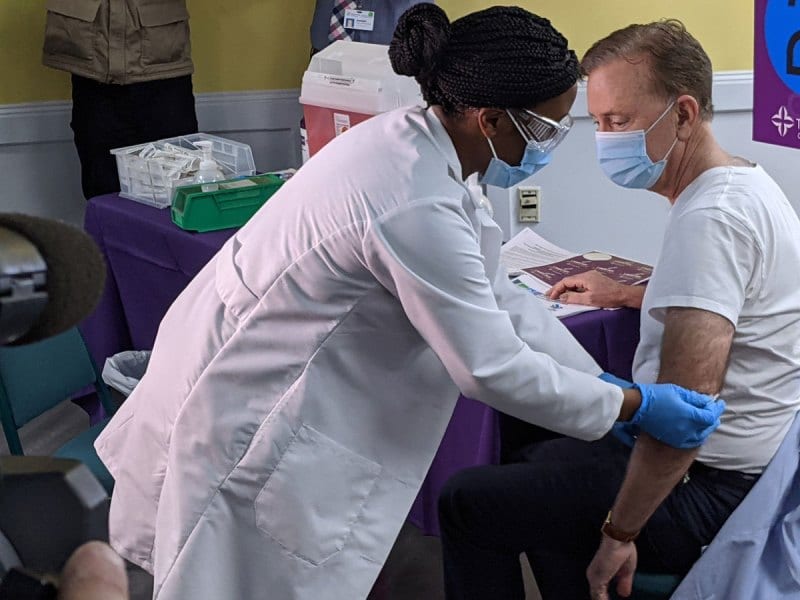 The 67-year-old governor waited until it was his age group’s turn to get vaccinated, but also wanted to do it at a predominantly Black church to help address vaccine hesitancy in the community.

Gov. Ned Lamont traveled from Greenwich to Bloomfield to take his first dose of the COVID-19 vaccine in a predominantly Black church Tuesday in an effort to reduce vaccine hesitancy in the Black community.

The governor said he “wanted to come to a church. Wanted to come to Bishop [LeRoy] Bailey’s church. We wanted religious leaders, in particular to be able to stand up, look people in the eye and say that this is the right thing to do.”

Before taking the shot, Lamont appeared with African American religious and civic leaders for a press conference Tuesday urging people in the community to receive the vaccine when they got the chance.

The 67-year-old governor waited his turn to get vaccinated against the COVID-19 virus. Connecticut began administering vaccines to residents 65 and above just last week. Lamont said he was eager to “lead by example” but felt that front line health care workers and older residents “deserved to go first.”

The governor didn’t cut in line Tuesday. He mingled around the room inside the First Cathedral Baptist Church while two residents waiting ahead of him took their shots first. They had the uncomfortable experience of being vaccinated surrounded by reporters and television crews awaiting the governor.

When it was his turn, Lamont dropped into a chair, stripped down to his shirtsleeves, and gave the thumbs up as he was injected. Afterwards, he declared that he “felt better already” and told younger reporters that their day to get vaccinated would come soon enough.

Although the governor was upbeat Tuesday, the state has faced a real challenge in convincing eligible Black and Brown residents to take the vaccine. According to data released by the Public Health Department last week, Black residents have opted to get vaccinated against the coronavirus at a much lower rate than their white counterparts. 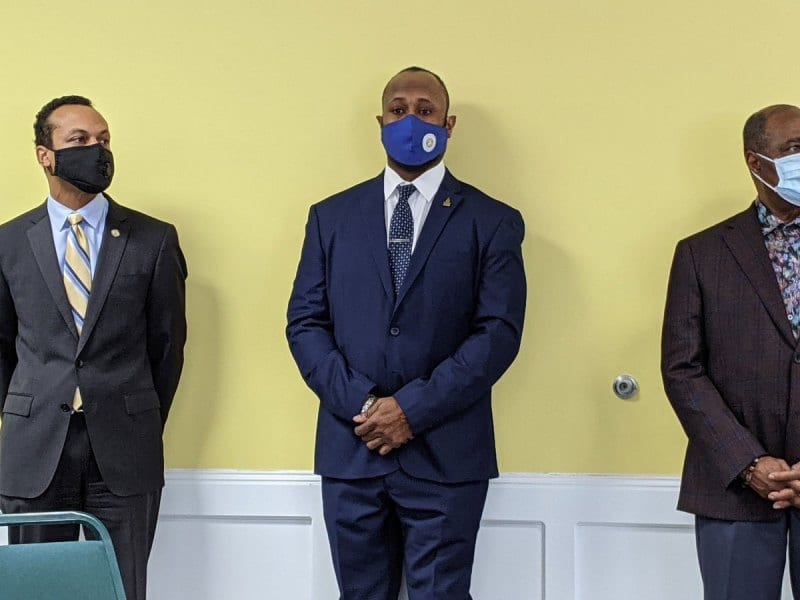 Several speakers said that vaccine hesitancy in the Black community was in part due to historic inequities in the health care system. State Treasurer Shawn Wooden said he was shocked by the number of people in his own extended family who, on a recent Zoom call, reported being unwilling to take the vaccine. He said concerns about the health care system were valid, but it fell to Black and brown leaders to educate people about the vaccine’s efficacy.

“The health care system that has not been equitable, has not been just. There is a reason why we don’t trust the system,” he said. “But that is not the reason why we shirk our responsibility now as leaders to stand up with what we know about this vaccine, about how safe it is.” 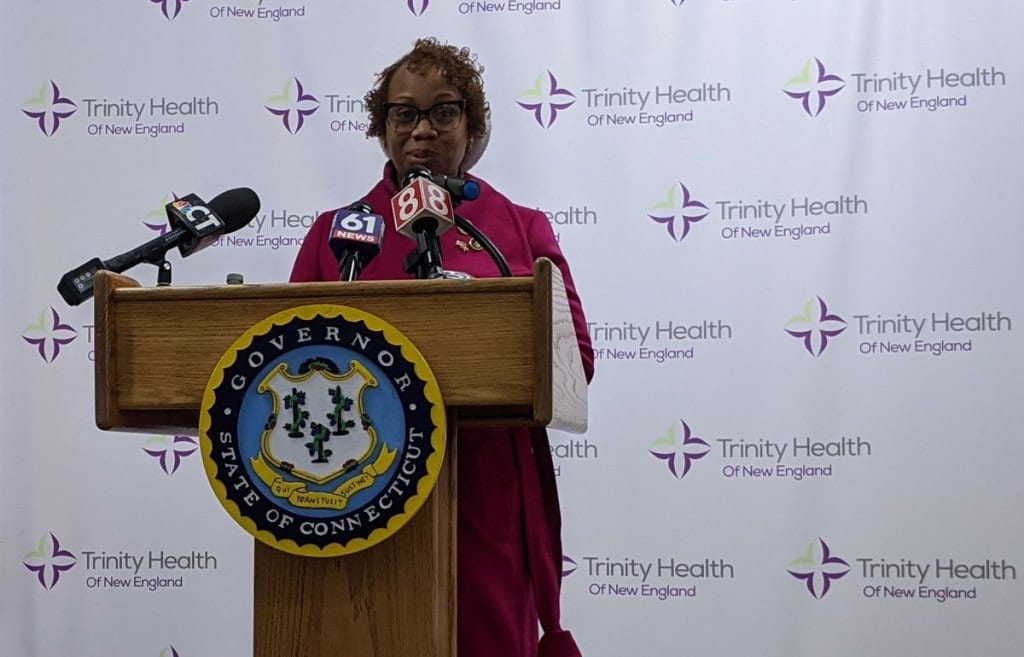 Lamont said the shot was also effective. He said it had helped to drive infection rates and hospitalizations down in Connecticut over the past few weeks. “It is working,” he said “but it only works if you get the vaccine when you have that opportunity.”

“There is a light at the end of the tunnel and it’s not a train. It’s the COVID-19 vaccine,” she said.