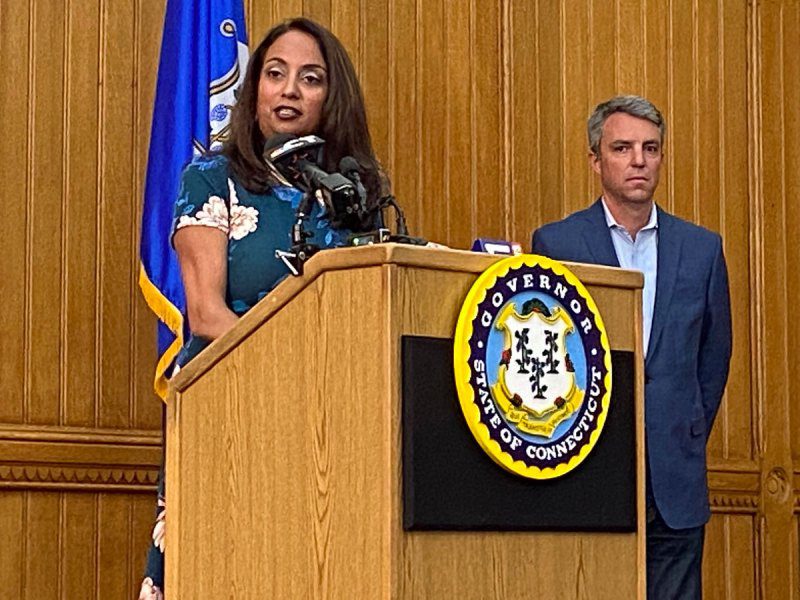 The appointment of Dr. Manisha Juthani was announced during a press conference on Monday.

Yale infectious diseases physician Manisha Juthani will lead the Public Health Department as its next permanent commissioner, Gov. Ned Lamont announced Monday. Juthani will take over for Dr. Deidre Gifford who has directed the agency throughout most of the pandemic.

In May 2020, Lamont fired Public Health Commissioner Renee Coleman-Mitchell and named Gifford, the state social services commissioner, to the post in an acting capacity. Then in January of this year he suspended the search for a permanent commissioner through at least the duration of the coronavirus pandemic.

But the pandemic doesn’t seem to be ending and during an afternoon press conference in the state Capitol building, Lamont named Juthani, an infectious disease doctor at the Yale School of Medicine in New Haven, to fill the post.

During the press conference, Juthani, who worked with patients throughout the pandemic, described some harrowing moments from early in the public health crisis, including treating the state’s first COVID patient.

“As I saw his chest rise with the assistance of a ventilator, I felt helpless. We tried to get remdesivir but by the time it arrived, it was too late. After that there were hundreds of other patients that I helped care for and when all of us were worried about PPE, I saw nurse after nurse, nurses aids, respiratory therapists, doctors and many others enter rooms fearlessly to care for the sick,” she said.

The governor said the Public Health Department had become more important than ever and it seemed appropriate for the agency to have a commissioner who specializes in infectious diseases as the pandemic continues.

“This COVID pandemic has shined the light on the importance of public health,” Juthani said.

“We’re not out of the woods,” Lamont said. “We’ve got this Delta variant. Our infection rate has gone up over 2%, we’re still one of the lowest in the country but don’t take any false comfort. We’re not an island, we’re not out here by ourselves and our hospitalizations are beginning to pop up a little bit. This is a time that we need a team with experience and Manisha you bring that to the table.”

Lamont said there are still a lot of tough decisions he will have to make in the coming months. And Juthani may be an informal adviser until she officially starts on Sept. 20. 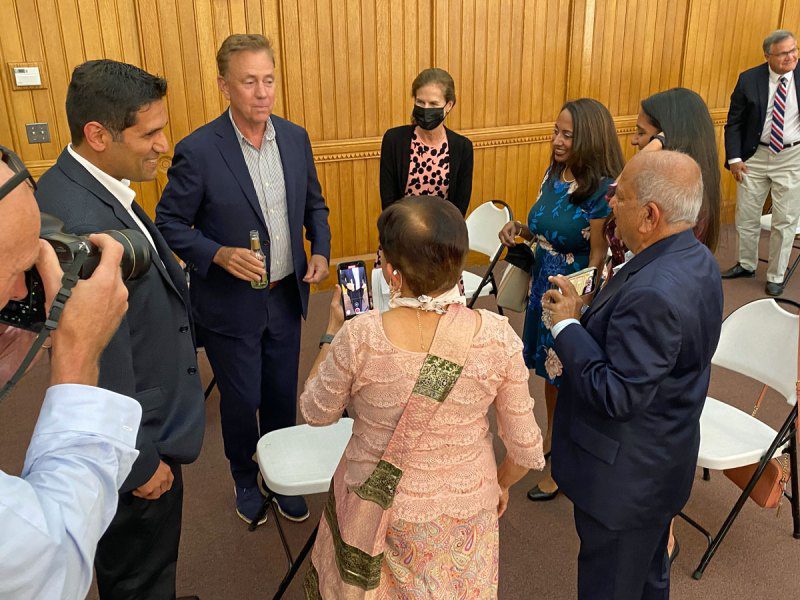 In the past, Juthani has been willing to diverge from the governor’s positions on public health guidelines. In December, she joined Lamont for a COVID press briefing where she argued he should close indoor dining at restaurants. At the time, nearly 1,200 people were hospitalized with the virus and the state’s three-day positivity rate stood at 6.6%. The governor declined to shutter dining rooms.

On Monday, Juthani said she would continue to make public health recommendations to the governor but did not expect him to always defer to her advice. She said she had a good working relationship with Lamont.

“The fact that he got introduced to me because I signed a letter complaining about one of his policies, asked to talk to us, invited me to his press conference to reiterate what I had already told him, that just tells me he’s a leader that likes to have different voices at the table,” she said. “At the end of the day, if he makes a choice different than I was recommending, I respect that … but I know that he will listen to me.”

As far as masks for kids going back to school in the fall, Juthani said that’s likely a decision that will be made before she takes office.

“I think what we do know is that those who are unvaccinated are vulnerable,” Juthani said. “I look forward to being in the discussions with the governor and having a seat at the table on this topic.”

Juthani is a first generation American. Her parents came to Manhattan from India in the 1970s.

She said her path is proof that any immigrant coming to America can achieve the American dream.

Juthani will still have to be approved by the legislature when they reconvene in February next year.