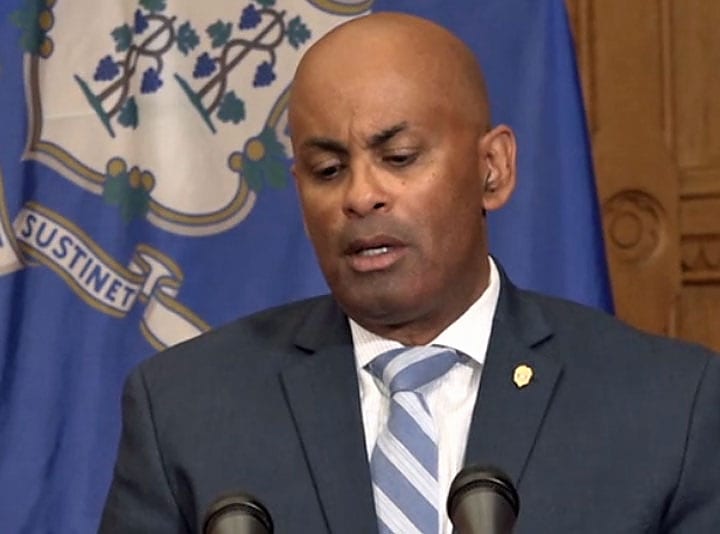 Angel Quiros, who has been serving in the role on an interim basis, was nominated Wednesday and will need to be confirmed by the legislature.

Gov. Ned Lamont on Wednesday nominated Deputy Commissioner Angel Quiros to serve as the new commissioner of the state Department of Correction. If he’s confirmed by the legislature, Quiros will be the state’s first Latino DOC commissioner.

An employee for 31 years at the DOC, Quiros, 52, grew up in the Park Street area of Hartford. He took over the helm in July as the interim commissioner following the departure of Rollin Cook.

“We looked all over the country and found the best candidate right here,” Lamont said.

Cook resigned in June and returned to his family in Utah.

Lamont said Cook left “beleaguered” as the agency was dealing with the coronavirus, which sparked lawsuits against the agency as 9% of inmates tested positive for the virus. Seven have died.

Cook also had to contend with budget deficits, mostly based on the agency’s 2018 decision to take over its healthcare system, which had been contracted out to the University of Connecticut’s Correctional Managed Health Care unit.

Since the beginning of the pandemic, DOC unions have been displeased with leadership’s handling of the public health crisis, while advocates have pushed for more releases, more cleaning, and more social distancing.

Quiros said the rate of COVID-19 infections is now down to about 3%, with about four inmates per month testing positive, based on the protocols put in place by the agency including health care workers in the prisons.

He acknowledged that mistakes were made early in the pandemic, including denying symptomatic inmates access to showers while they were housed at the Northern Correctional Facility, one of the state’s most restrictive facilities.

“I am moving away from Northern,” said Quiros, who went on to explain that some inmates were hiding symptoms out of fear of being housed at Northern. He has a different facility in mind for inmates who test positive, but hasn’t told the warden yet, Quiros said.

As the new commissioner, Quiros will be operating under a settlement with the Connecticut American Civil Liberties Union, which sued Lamont and the DOC over conditions in the prisons during the pandemic.

The lawsuit was settled last month and requires a commission to review practices including the identification of medically fragile inmates for release, enhanced cleaning measures, and more social distancing to help stem the spread of the virus.

Quiros also will consider closing correctional facilities in the spring once the prison system gets through what could be a second wave of the coronavirus. As of Sept.1, the inmate population is down to around 9,500 – that’s 50% lower than its peak in 2008. Nearly 3,000 inmates have been released since the pandemic began impacting the state in March – but crime has remained at a 51-year low, Lamont said, and fewer people are returning to prison on technical violations.

Plans are underway to increase visitation for families, which had been suspended when the pandemic reached the state, Quiros said. Initiatives include more visits on Zoom and Microsoft Teams until social distance visits can take place, he said.

Quiros drove through his old neighborhood in Hartford on his way to his second interview for the commissioner’s job last week, he said. He viewed the job as an opportunity to help the people in his old neighborhood and keep the residents of Connecticut safe while allowing incarcerated individuals a second chance at life by providing enhanced programs.

“No one deserves to be defined by their biggest mistake,” Quiros said.

The agency is now better prepared for a second wave of infections with a greater stockpile of personal protective equipment and better ways to separate those who are symptomatic from the rest of the prison population, he said.

“We’ve learned a lot,” Quiros said. “There’s a lot of data on our mistakes we made but we are better prepared for the fall.”

The agency employs 6,000 people and runs 13 facilities, said Marc Pelka, Undersecretary of Criminal Justice for the state Office of Policy and Management.

“It’s a demanding job,” Pelka said of the role of DOC commissioner.

Quiros, who worked his way up through the ranks since starting as a correction officer 31 years ago, was the right choice for the job, Pelka said. “When he’s tested on the job, he makes the tough, right, decisions,” Pelka said.

Quiros’ appointment will have to be confirmed by the legislature. The salary is $167,000 a year.