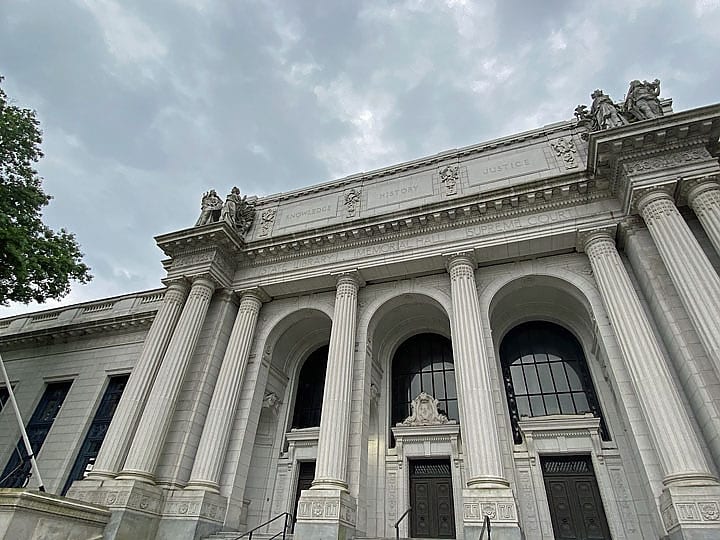 Alexander, 59, has been on the Appellate Court since 2020. Previously she was a Superior Court Judge since 2000 who in addition to her courtroom duties served as the chief administrative judge for the state Judicial Branch’s Criminal Division.

Lamont also appointed Superior Court Judge Hope Seeley to the Appellate Court and 11 others, including longtime prosecutors to judgeships Wednesday.

Victoria W. Chavey, 55, of West Hartford is among those appointed as a judge on the Superior Court. According to an announcement from the governor’s office, Chavey graduated from Dartmouth College and obtained her Juris Doctor degree from the Boston University School of Law. She is currently the owner of Chavey Legal Services, LLC, offering services as a mediator, arbitrator, and investigator. She established her own practice in 2021. She began her career with two clerkships, first with Chief Justice Peters of the Connecticut Supreme Court, and then with Senior Judge Thomas J. Meskill of the Second Circuit. For the next 27 years, she practiced at Day Pitney LLP, and then at Jackson Lewis PC, focused on employment litigation.

“Judge Alexander has more than two decades of experience on the bench and is an incredibly respected member of Connecticut’s legal community. Likewise Judge Seeley has an impressive career handling criminal cases and will be an excellent addition to the Appellate Court,” Lamont said in a statement with the announcement of the nominations.

Alexander is known for her knowledgeable and no-nonsense style in the courtroom as a prosecutor and as a judge. A Bristol native, Alexander went to local schools before attending Yale University to receive a degree in Chemical Engineering and her Juris Doctor degree from the University of Connecticut School of Law.

As a Superior Court Judge in the Judicial District of New Britain, Alexander presided over some of the state’s most complex cases including overseeing the plea agreements of two men charged with sexually molesting nearly a dozen children over the span of years and the 360-year sentence of admitted serial killer William Devin Howell.

“Judge Alexander is a wonderful choice by the governor for the state Supreme Court,” said retired Judge Robert Devlin, the state’s Inspector General. “She’s distinguished herself at every level.”

Lamont also appointed 11 attorneys, including three prosecutors, as Superior Court Judges. New Britain State’s Attorney Brian Preleski, one of Lamont’s nominees, has worked for the Division of Criminal Justice since 1993. He prosecuted William Devin Howell in 2005 leading to a manslaughter conviction in the disappearance and death of Nilsa Arizmendi whose body at the time had not been found. As New Britain’s State’s Attorney, Preleski led the investigation into the discovery of the remains of three unidentified women who were later connected to Howell.

The nominations must be confirmed by the legislature. Lamont had previously nominated 22 others for judgeships in February. There are currently 60 judicial vacancies, according to the Lamont administration.