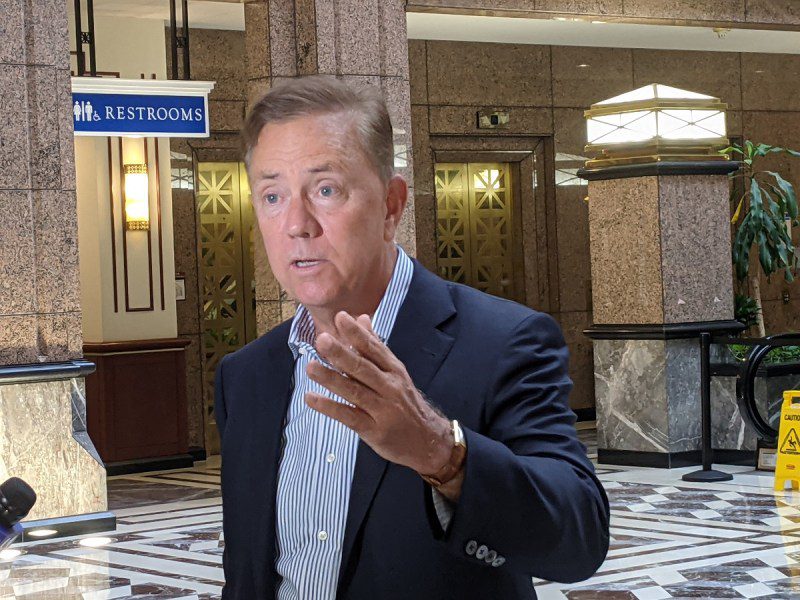 The special session next week will focus only on the governor’s executive orders, not the Transportation Climate Initiative Program, youth crime, or any other topics.

In a seven-page document released Wednesday, Gov. Ned Lamont asked legislative leaders to extend his emergency powers until Feb. 15 and outlined the executive orders he planned to continue in an effort to manage the COVID-19 pandemic.

The legislature is expected to meet on Monday and Tuesday to debate extending the governor’s emergency declarations, which have been in place since last March and serve as the basis for 13 ongoing emergency orders.

The governor expects to let two of those orders expire – one regarding distribution of COVID relief funding and another allowing parking lots to be used as testing and vaccination sites. Meanwhile, he plans to enact two new orders – one broadens a vaccine mandate for health care workers and the other reduces the employer cost of long term unemployment benefits.

In his letter, Lamont said the more transmissible delta variant had driven a surge in cases since the last time the legislature extended Connecticut’s emergency declarations in July.

“[W]ithout our ongoing vaccination campaign, the damage from this highly contagious strain of the disease would have been much worse, and further increasing vaccination rates, along with continued use of masks and other protective measures, holds the best hope of preventing or reducing the effects of another surge from the Delta variant or even more contagious and harmful variants,” Lamont wrote.

Among the orders the governor would continue are:

The governor also suggested the state may need the flexibility of the emergency declarations in order to manage the possible rollout of the vaccine for children younger than 12 if they become eligible, as well as booster shots for more residents if they are approved.

A Food and Drug Administration advisory panel declined last week to endorse booster shots for the general population while Pfizer announced results this week suggesting its COVID vaccine works in children as young as 5 years old.

“[Possible developments] may require additional action with short notice and the flexibility to make rapid adjustments for which the legislative process is not well suited,” Lamont wrote. “The emergency declarations make [that] possible, and therefore, should remain in place as we prepare for any possible winter surge and adjust our public health campaign to deal with this continuing emergency.”

Leaders of the legislature’s Democratic majority have signaled they are generally inclined to approve what would be the sixth extension of Lamont’s emergency powers since the outset of the pandemic. They note that a law passed this year gives leaders the ability to reject individual orders they do not support.

On Wednesday, House Speaker Matt Ritter said Lamont had made a reasonable case for continuing the declarations but hoped the emergency powers would soon become unnecessary when everyone becomes eligible to be vaccinated.

“Booster shots, new vaccines, the winter season. All those things make sense,” Ritter said. “But barring some surprise where the vaccines are not effective against some new strain, we may very well be able to say everyone in Connecticut, regardless of age, can avail themselves of vaccine protection. That to me, may be when we move away from needing these emergency powers.”

Republican lawmakers have opposed extending the emergency, arguing the state could continue to manage its pandemic response without Lamont’s sweeping additional authority.

Next week’s special session will be limited to consideration of the pandemic emergency declarations despite calls to broaden its scope to include other issues. Some Democrats and environmental advocates had hoped the legislature would take up the Transportation Climate Initiative Program, a multi-state agreement on fuel sales designed to curb carbon emissions. Meanwhile, a group of Republicans had called for the legislature to consider new laws designed to reduce youth crime.