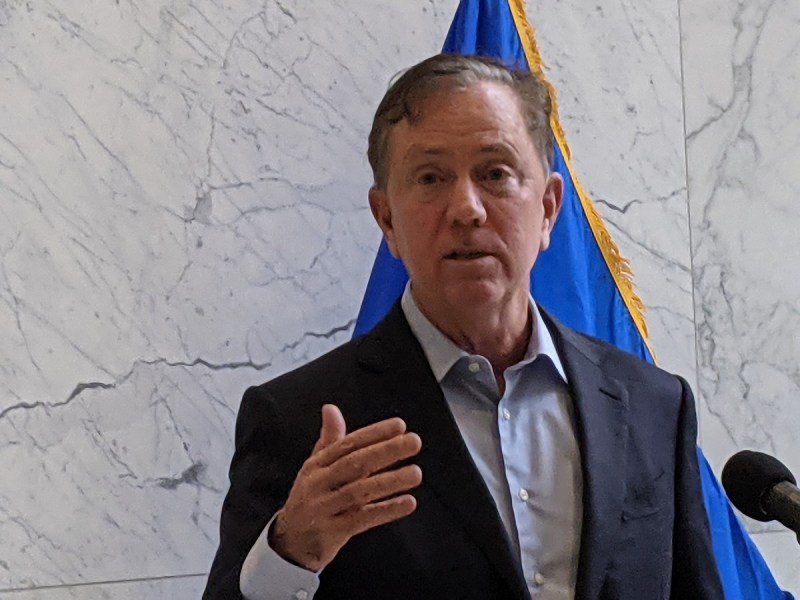 While some cities and towns in Connecticut have reinstated universal indoor mask mandates, West Hartford has not done so. 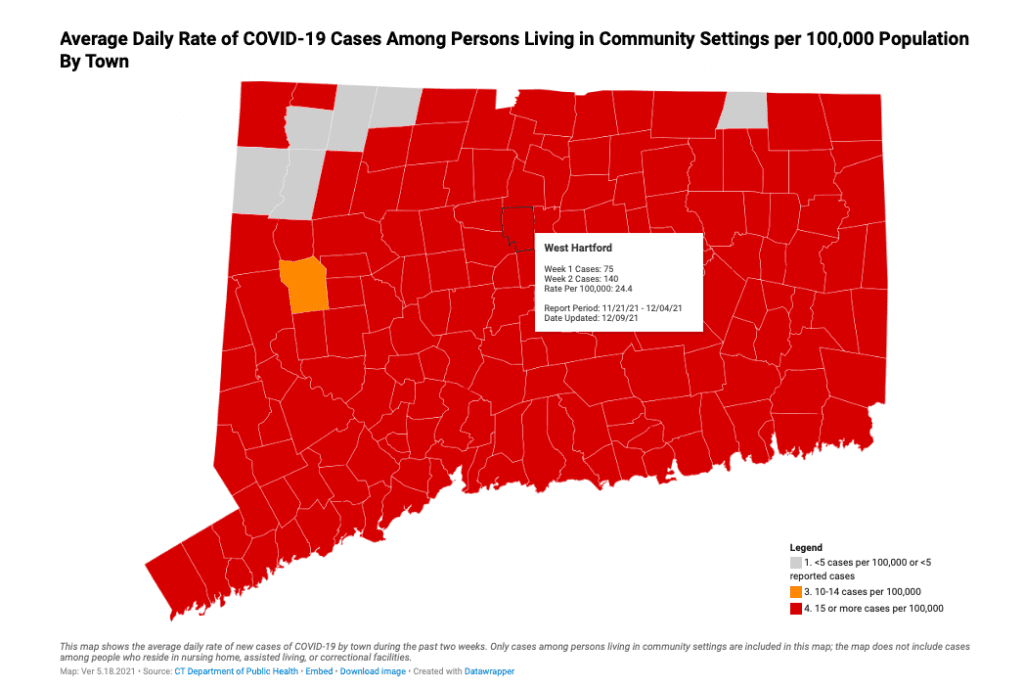 New York Gov. Kathy Hochul announced her state’s new mandate during a press conference earlier Friday. The new policy requires masks at businesses that do not have a vaccination mandate. Hochul said the requirement will begin Monday and remain in place at least until Jan. 15.

“We’re entering a time of uncertainty,” Hochul said. “We could either plateau here or our cases could escalate beyond control. We are starting upwards, my friends. I’ve been watching this closely. We’re heading upward in a direction that I find is no longer sustainable.”

Although Connecticut still requires masks indoors in public for people who are not vaccinated, Lamont was asked Friday if he would extend the state mandate to businesses where vaccine mandates were not present. The governor said he preferred to leave the decision up to individual towns and businesses, but hoped a new “digital health card,” otherwise known as a vaccine passport, would make the decision easier.

“[W]hat I want to do is get that digital health card, make it available to every single business, restaurant, and store. Let them make the right decision in terms of allowing people into their facility, letting them have the information. If the person is unvaccinated, they gotta wear a mask. I don’t think we need more mandates than that,” Lamont said.

Connecticut has been developing the system along with other states including Massachusetts and Rhode Island. Barring and technical problems, Lamont said the voluntary app could launch within the next 10 days.

During the press conference, the governor conceded his preference for the term “digital health card” over the more widely-used phrase “vaccine passport” was semantic, but said he wanted to underscore that the new platform was an elective tool rather than a requirement.

“‘Passport’ everybody says, ‘Oh my God another mandate, you’re gonna make me do this’ and I’m trying to avoid that, trying to say ‘Here’s one more tool businesses can use to keep their customers and employees safe,’” Lamont said.

Like New York, Connecticut’s COVID rates have been elevated for weeks.

On Friday, the daily infection rate was 6.08%, a slight dip from Thursday when it was 6.48%. The governor said he hoped the virus was beginning to stabilize after a period of fluctuation. On Tuesday it shot up to 8.33%.

While infection rates can vary wildly by several factors including the number of people seeking tests, Lamont said he was closely watching a more serious indicator: the number of people hospitalized with the virus. And that metric has jumped sharply. Two weeks ago, there were 300 COVID patients in Connecticut hospital beds. On Friday there were 585.

Among those hospitalized with COVID-19 on Friday, 76.9% were not fully vaccinated, according to state data.

West Hartford’s town manager had imposed a universal indoor mask mandate in late summer as cases spiked and the town entered the “red alert” zone with an average 14-day case rate per 100,000 that exceeded 15. On Oct. 12, with a dramatically lower case rate, the requirement, that mandate, along with the state of emergency under which the town had been operating since March 2020, was repealed.

Along with the rest of the state, cases in West Hartford have once again been on the rise, and the town is among the 162 (out of 169) municipalities in the red alert zone for the most recent period measured, with an average case rate per 100,000 of 24.4. There were 32 new positives reported among West Hartford residents on Friday, according to the state.

A large percentage of those who live in West Hartford are vaccinated – with the state reporting that 88.34% of residents of all ages have received at least one COVID-19 shot.

For the age group that most recently became eligible – 5- through 11-year-olds, 51.25% have received their first shot and 29.18% were fully vaccinated as of Dec. 8, the state reported.

For all other eligible age groups, at least 90% have received their first shot, according to the state. 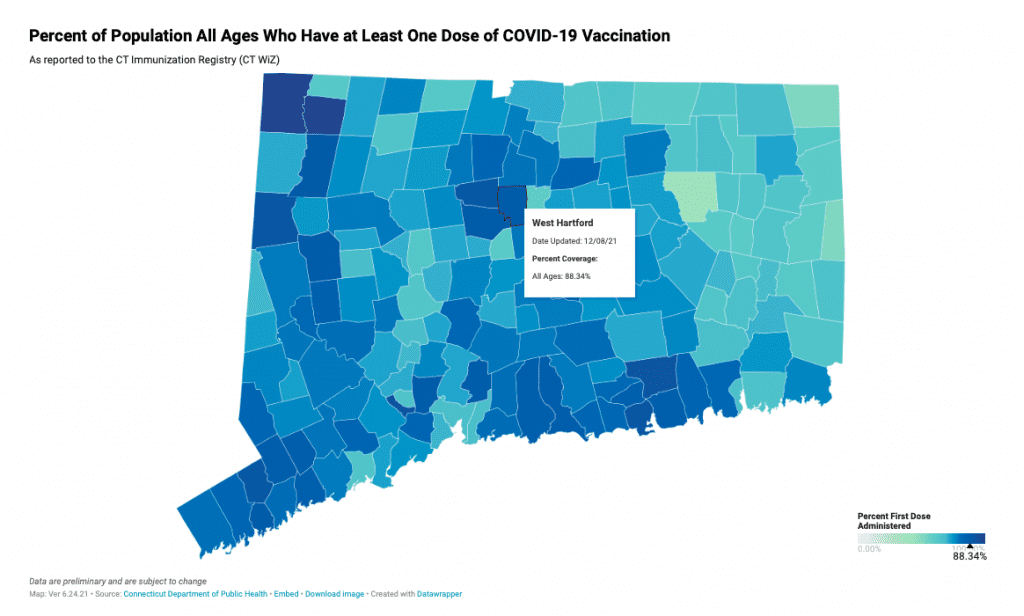