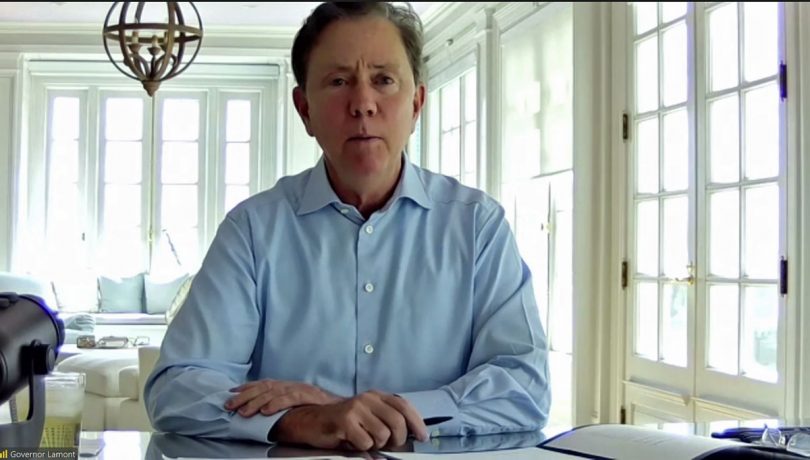 Gov. Ned Lamont signing the absentee ballot bill at the residence where he is quarantining due to COVID-19. Courtesy of CTNewsJunkie.com

Secretary of the State Denise Merrill said they are still working to come up with a legal opinion outlining exactly what they mean when it comes to the word ‘sickness.’ 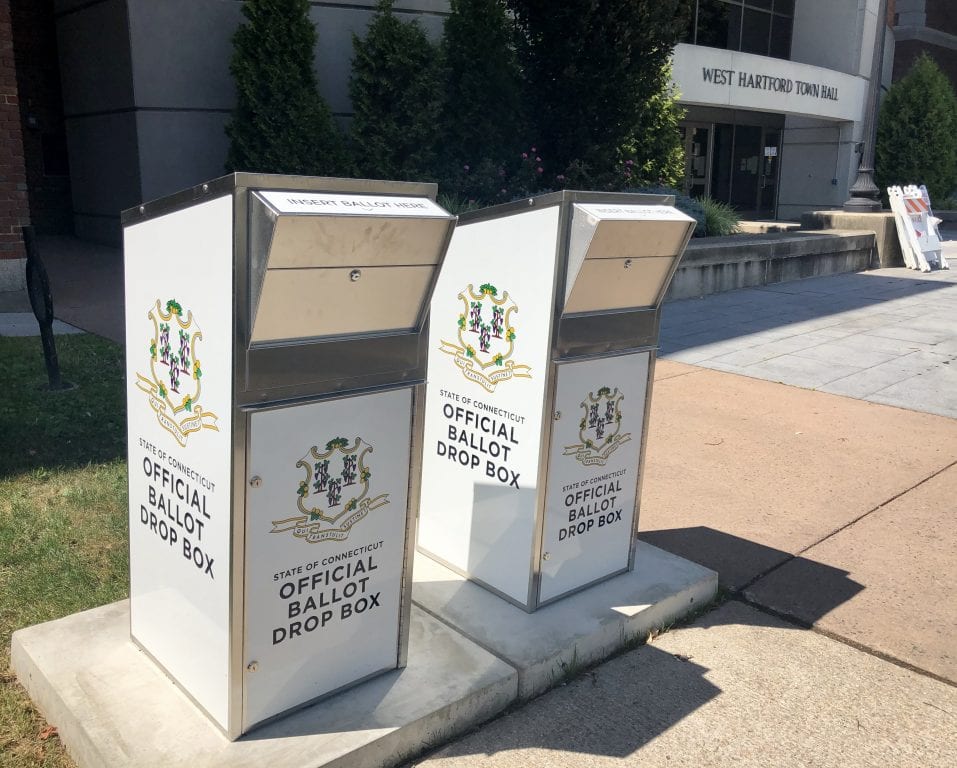 Gov. Ned Lamont signed into law a bill expanding the conditions under which Connecticut voters can qualify for an absentee ballot, making mail-in voting easier for commuters and residents worried about illnesses.

Although Connecticut’s constitution contains language explicitly outlining a handful of excuses a voter must use in order to obtain an absentee ballot, the bill eases the restrictions previously written into state law. It removes a requirement that commuters be out of town for all hours in which polls are open. It deletes language requiring a voter to be personally ill in order to qualify for a ballot based on sickness.