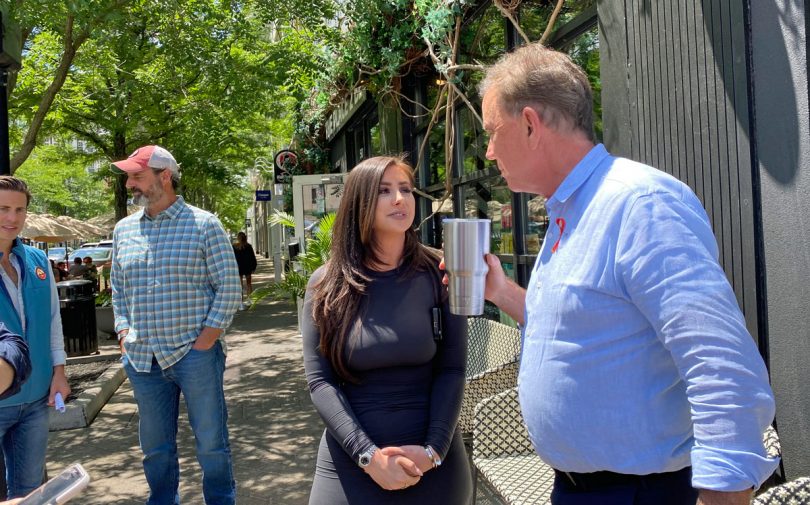 Gov. Ned Lamont was in West Hartford Friday, appearing at a press conference with Gina Luari, owner of The Place 2 Be, and John Doyle, co-founder and co-owner of New Park Brewing.

Democratic Gov. Ned Lamont and his campaign staff visited “The Place 2 Be” in West Hartford Friday to tout his record on small businesses.

The former cable executive, Lamont, said he understands small business because that’s where he came from, but his opponent, Republican Bob Stefanowski said his actions don’t match his words.

“These are not employees. These are not line items on a ledger, these are folks who you live and die with,” Lamont said of his Lamont Digital employees. Lamont sold his family cable business before running for governor back in 2018.

As an incumbent, Lamont is likely to take the blame for inflation, but he said inflation is a global problem and he’s got to do what he can as governor. He said that’s why the $600 million in tax cuts are focused on the middle class.