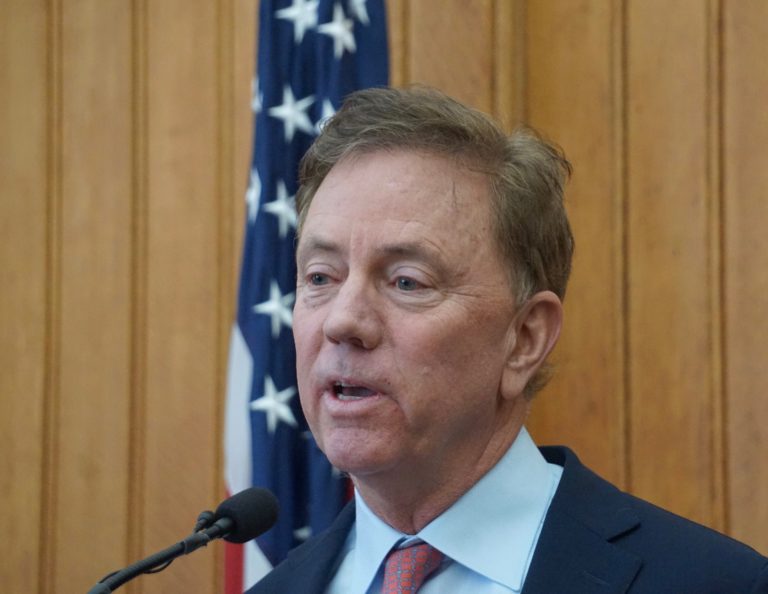 The CEO of the CT Nonprofit Alliance noted that nonprofits have already been operating on bare-bones funding for more than a decade.

Connecticut’s private, nonprofit social services community has been struggling since the early 2000s with minimal growth in state funding for the vast array of programs it provides.

The capital grant “has become imperative in order for us to continue to do business,” said Barry Simon, CEO at Hartford-based Oak Hill School, the largest nonprofit agency serving clients with physical and intellectual disabilities.

“It really has been a life-saver,” said Steven Girelli, president and CEO of the Klingberg Center in New Britain, which serves children and adults struggling with trauma and other behavioral health needs.

The annual grant program was launched in 2013 by Gov. Dannel P. Malloy to mitigate the financial hit the private, nonprofit sector has been facing.

Nonprofits must use the grants to cover capital needs, rather than to hire staff or to pay salaries.

For Oak Hill, the grant program enabled the nonprofit to complete a $700,000 upgrade to its electronic patient records to remain in compliance with state regulations.

The money is crucial to both the nonprofits and, in a less direct way, to the state itself, which relies on private, nonprofit agencies to to provide government-sponsored social services, health care, and other programs.

Currently, more than a half-dozen state agencies collectively spend more than $1.4 billion to hire private, nonprofit agencies. These resources are scattered among more than 1,200 contracts, involving hundreds of nonprofits, and together these payments represent more than 7 percent of the General Fund.

Despite the state’s increasing reliance on the nonprofits, however, state funding has not kept up with either inflation or demand. In the 15 years prior to 2017, budgeted state payments to nonprofits grew just 9 percent in total – increases that fall far short of inflation.

“Nonprofits have been operating on bare-bones funding for more than a decade,” said Gian-Carl Casa, president and CEO of the CT Nonprofit Alliance.

While Casa said the alliance appreciates the fiscal challenges Lamont and the General Assembly are facing, he stressed that the nonprofits are a vital part of Connecticut’s safety net as well as its economy. Together these agencies employ close to 190,000 people and serve an estimated 500,000 clients.

So why, then, is the governor proposing to cut the $25 million capital grant to nonprofits?

Because Lamont is trying to do more than just close a huge projected deficit in state finances – between $3.5 billion and $3.7 billion across the next two fiscal years – he’s also trying to end Connecticut’s growing cycle of budget deficits, a problem that stems largely from surging debt costs.

One type of debt involves pension and other retirement benefit programs. Costs in this area are projected to surge dramatically over the next 10-to-15 years as Connecticut makes up for more than seven decades of inadequate savings between 1939 and 2010.

The other type involves bonded debt – principal and interest payments on the funds Connecticut borrows annually to build local schools, to undertake capital projects at state universities and to repair state buildings.

Connecticut carries more bonded debt, per capita, than most other states. And as pension costs have consumed more of the budget, Lamont noted, the state increasingly has used its credit card for other purposes.

The grant program for nonprofits is paid for with borrowed dollars.

The Malloy administration recommended about $1.6 billion in annual bonding that would be repaid out of the General Fund. Lamont proposed a “debt diet” limit of $960 million per year.

That means no bonding program for nonprofits next fiscal year, under Lamont’s plan. Bonding would be restored in the 2020-21 fiscal year.

“It’s not going to make me Mr. Popular. I’m going to have to say no an awful lot,” Lamont said last month when he unveiled the “debt diet” before the Waterbury Regional Chamber of Commerce. “There will be some screaming and we don’t have a choice. … We cannot keep paying those accelerating fixed costs.”

Girelli said these grants also have enabled nonprofits to preserve services because certain capital costs can’t be deferred indefinitely. Without the grants “it definitely would have undermined the services we provide.”

Anne Ruwet, chief executive officer of the CCARC of New Britain, said the grants also have been an effective tool to leverage more private contributions.

Ruwet, whose agency runs day programs and 11 group homes for the developmentally disabled, used grants to replace vehicles and generators and make sidewalk repairs. And, at the same time, some private donors have agreed to make contributions to match a portion of the state’s capital grant.

“It’s a good partnership between private foundations and the state,” she said.