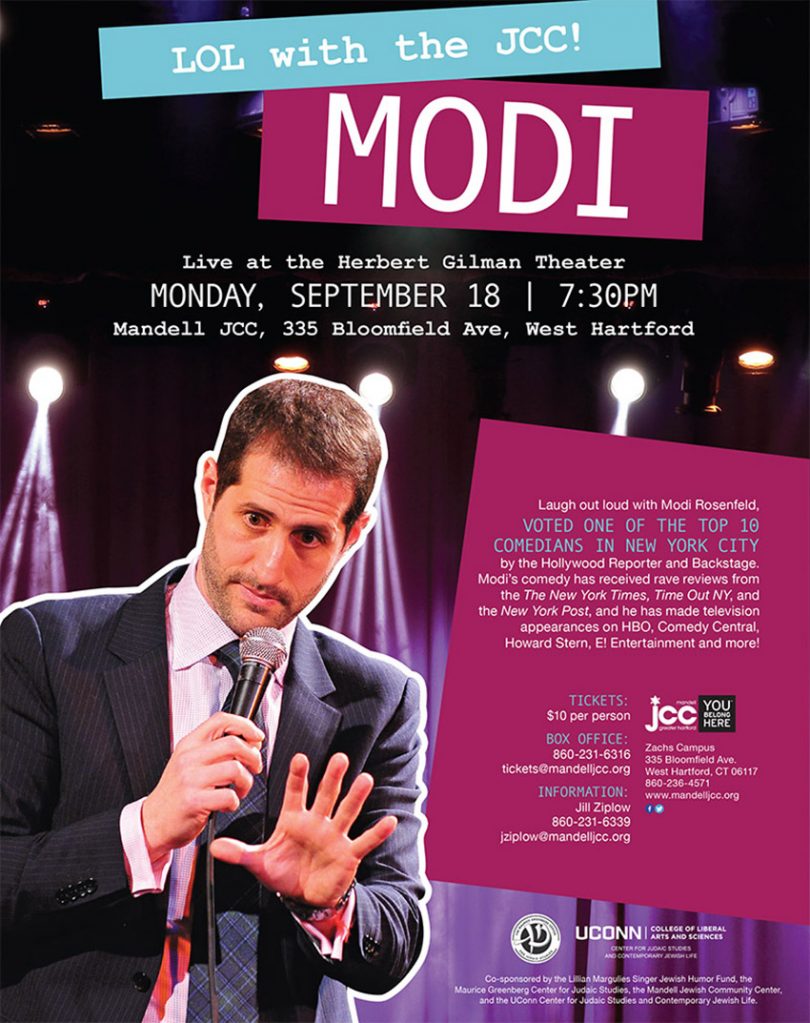 Comedian Modi Rosenfeld will appear at the Mandell JCC on Monday, Sept. 18.

This fall, the JCC is your place to LOL when comedian Modi Rosenfeld takes the stage onMonday, September 18, 2017 at 7:30 p.m. at the Mandell JCC, Zachs Campus, 335 Bloomfield Ave., West Hartford, CT.

Voted one of the top 10 best comedians in New York City by the Hollywood Reporter and BackStage, Modi Rosenfeld will kick off a night of laughs at the Mandell JCC’s Herbert Gilman Theater. Modi has received numerous rave reviews, including some fromThe New York Times, Time Out NY, and the New York Post. He has also made television appearances on HBO, Comedy Central, Howard Stern, E! Entertainment and more.

Born in Israel, Modi moved to the United States when he was 7 years old. After college, he worked as an investment banker and had no plans to become a stand-up comedian, until a fateful open mic night changed everything. Now, he is a regular performer at the New York and Los Angeles comedy clubs and headlines around the country. He has gone on tour in the United Kingdom, Holland and Israel and performs in comedy festivals and special venues, including Montreal’s Just for Laughs Comedy Festival and The John F. Kennedy Center for the Performing Arts in Washington, D.C.

According to the Los Angeles Times, Modi is “versatile and quick on his feet. He can read an audience in a beat and improvise so nimbly that he keeps any audience, regardless of age, race and gender, laughing.”