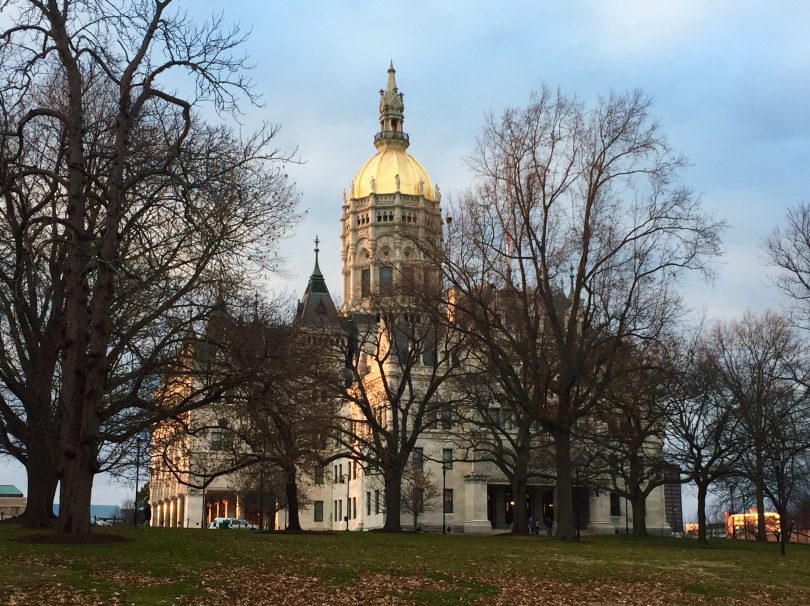 The Finance, Revenue and Bonding Commission has overwhelmingly approved a bill that would transfer control of the State Bond Commission to the legislature.

The Finance, Revenue and Bonding Committee voted 46-4 to approve a bill that transfers control of the State Bond Commission, a statutorily created 10-member panel that acts as a check on borrowing, from the governor to the legislature.

“The legislature does all of this work, goes to all of these public hearings” to determine which projects should receive state financing, said Sen. Kevin Witkos of Canton, the ranking Senate Republican on the finance committee. “And then it doesn’t matter whether you’re a Republican or a Democrat. It goes to the governor’s office and you have to beg.”

For years, legislatures have negotiated a borrowing plan with their governor, said Rep. Patricia “Billie” Miller, D-Stamford, co-chairwoman of one of the finance panel’s two bonding subcommittees.

“We negotiate in good faith, but we have a difficult time getting our items on the [bond commission agenda],” she said. “I do agree with Senator Witkos. We do have to beg.”

Lamont has only been governor for four months and has held just one bond commission meeting during that period.

The measure, crafted by Sen. John Fonfara, D-Hartford, co-chairman of the finance panel, was seen as part reaction to past governors’ borrowing policies and part a challenge to Lamont’s proposed “debt diet.”

The legislature authorizes borrowing for specific projects but the bond commission alone decides when – if ever – the state is fiscally healthy enough to actually borrow the funds by selling bonds on Wall Street.

The governor is chairman of the 10-member commission and legislators only get four seats on the panel – two from each party. In addition, the governor’s budget office has sole authority to set the panel’s agenda – long a source of frustration for lawmakers.

“The legislature should play a much greater role,” Fonfara said. “I personally don’t believe that is an appropriate division of responsibilities.”

Fonfara said the state’s investments are vital to government’s top priorities, including education, health care, economic development and transportation. In most other states, legislators take the lead in controlling borrowing, he said.

Fonfara’s bill would reshape the commission, removing the governor, his budget director and commissioner of administrative services, as well as the attorney general, comptroller and treasurer from the 10-member bond commission.

They would be replaced with six legislative leaders: the House Speaker, the Senate president pro tem, and the majority and minority leaders from both chambers.

The other four members of the commission, the top two Democrats and Republicans on the finance committee, would serve on the restructured bond panel as well.

In addition, the bond staff from the governor’s budget office would be reassigned to the legislature’s Office of Fiscal Analysis.

Miller said much of her frustration regarding the bond commission came from dealing with Lamont’s predecessor, Gov. Dannel P. Malloy, who served from 2011 through early January of this year.

“The previous administration funded what they wanted to fund, and it wasn’t necessarily what we wanted to fund,” she said. “We as legislators know what our communities need.”

Miller added that she doesn’t want to see the Lamont administration excluded from bonding issues either, adding she would prefer to see a compromise measure developed among both branches of government.

“I think it has to be a partnership,” she said. “And I think this bill will get us there.”

Rep. Chris Davis of Ellington, ranking House Republican on the finance committee, noted that GOP legislators often have felt their districts don’t receive their fair share of the state’s bonding money when a Democrat is the governor’s office.

Davis told Fonfara the bill would stand a better chance of enjoying bipartisan support before the full House and Senate if it included language designed to prevent partisan use of the state’s credit card.

“Capital investment should not be partisan,” Fonfara said. “D’s and R’s should have an equal opportunity and I hope we can put that into writing.”

The governor’s office issued a statement Wednesday night reiterating its objection to Fonfara’s bill and pinning the blame for the proposal on legislative opposition to Lamont’s call for a “debt diet.”

“When politics interferes with sound fiscal policy, the people of Connecticut pay the ultimate price,” Lamont spokeswoman Maribel La Luz said. “As we and the legislative leaders have already stated, Senator Fonfara’s proposal raises serious concerns from the executive and legislative branch on both sides of the aisle. It’s clearly a reaction to the Governor’s debt diet which (Wall Street credit rating agencies) have applauded and rewarded the state with an increased outlook. As we previously said, we completely reject this idea and will continue to work with the legislature to develop a responsible honest state budget.”

Connecticut ranks as one of the most indebted states in the nation. Lamont called for a “debt diet” to curb this dangerous trend shortly after he took office.