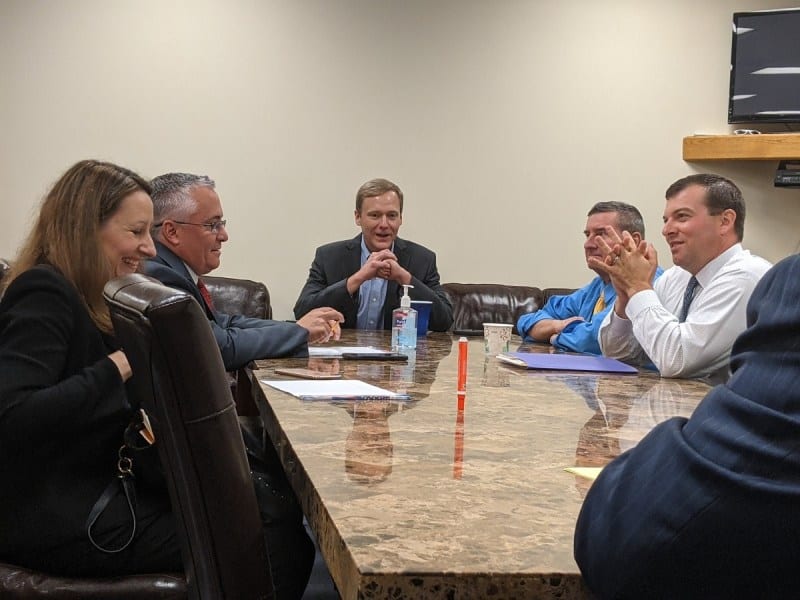 Some of the policies lawmakers would like to consider involve allowing judges more access to juveniles’ arrest records, and allowing police to hold youth for more than six hours in order to seek a detention order.

A bipartisan group of lawmakers emerged from a closed-door meeting at the state Capitol Wednesday with plans to pursue policies aimed at reducing youth crime including giving judges more information on the criminal records of repeat offenders.

House Democrats and Republicans from both chambers held a joint press conference after meeting behind closed doors for an hour. They identified some limited common ground on addressing a rise in youth crime. The discussions followed a morning press conference in which Republicans and police chiefs from two towns intensified a call for a special legislative session on the issue.

House Speaker Matt Ritter did not rule out the possibility of reconvening over the summer. Ritter said he expected more meetings, including one next week, and discussions including the governor’s office and Senate Democrats.

“When you come to an agreement on something – which I hope we all can – yeah, if it’s meaningful, it’s going to help people, help judges make their decisions, in some cases, help these kids and certainly help other individuals, we want to vote on it in a timely fashion,” Ritter said.

There was apparent consensus after the meeting that judges should have access to more information about a juvenile offender’s arrest record when they are called upon to decide whether that offender should be detained. It was unclear whether the change would require legislation. Lawmakers said it may require additional staff at the judicial branch in order to provide judges with the information.

Another policy lawmakers seemed open to considering would allow police to hold young offenders for more than six hours to allow more time to seek a detention order.

During the regular session Republican lawmakers proposed legislation aimed at reducing youth car theft. They renewed that call in earnest last week following the death of a runner in New Britain who was killed after being struck by a stolen car which police said was driven by a 17-year-old with an extensive criminal history.

During a morning press conference on the steps of the Capitol, Republicans and police chiefs from New Britain and Wolcott called on the legislature to reconvene. Several lawmakers signed petitions to require the special session. 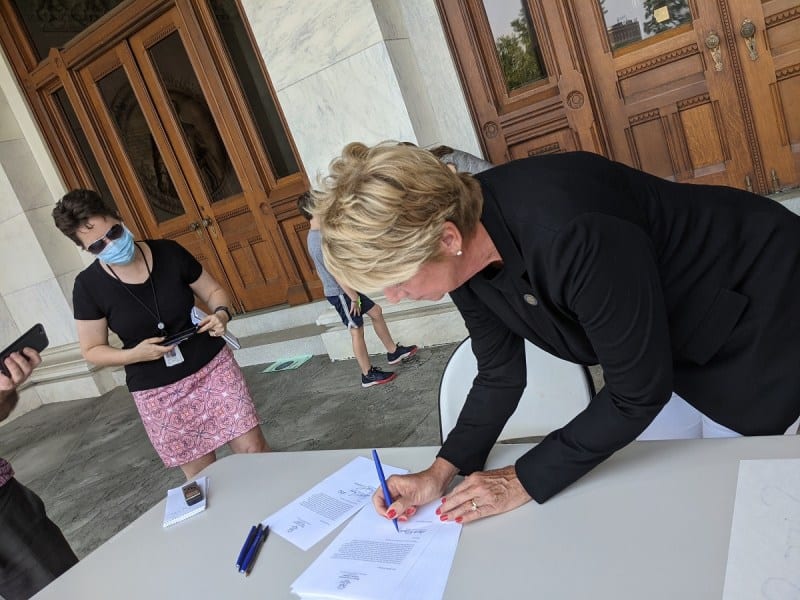 New Britain Police Chief Christopher Chute said state law did not leave police with enough tools to detain young offenders, who were sometimes released back to their parents after committing serious crimes.

Chute highlighted several juvenile offenders who had been arrested on dozens of charges over the last few years who had been released back into the community despite the severity of their crimes. He pointed to Connecticut’s “raise the age” policy, which beginning in 2010 required 16- and 17-year-old offenders to be tried in the juvenile court system. 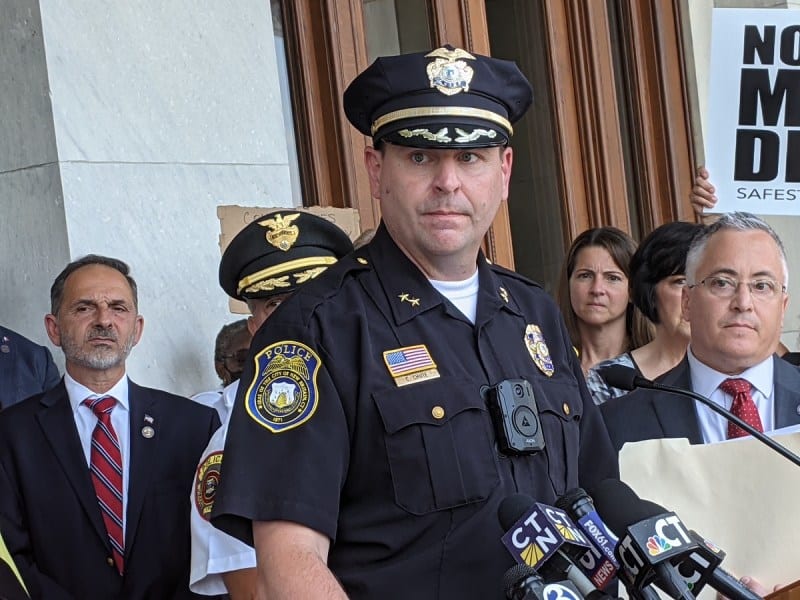 Despite the bipartisan meeting, Republicans were advocating for some more substantive changes to state policies. House Minority Leader Vincent Candelora said police should be allowed greater flexibility to pursue stolen cars in a chase. Republicans have also sought to scrap altogether the six-hour limit on detaining minors without a court order.

“There needs to be action,” Candelora said. “We can’t put our head in the sand and say everything is good the way it is. No one believes it.”

Senate Democrats did not participate in the afternoon meeting and Senate President Martin Looney released a statement accusing Republicans of trying to capitalize on the New Britain incident.

“It is unfortunate that Republicans are using this tragic and painful event to attempt to score political points in an effort to push failed, excessively punitive policies from the 80s and 90s,” Looney said.

After the meeting, Ritter and Rep. Steven Stafstrom, a Bridgeport Democrat who is co-chair of the Judiciary Committee, suggested a more limited approach to adjusting state policy. Ritter said his caucus did not intend to “redraft” criminal justice policies it had previously passed and favored a “scalpel approach as opposed to the sledgehammer.”

The two parties also disagreed about the cause of the problem.

According to the judicial branch, vehicle theft by minors have spiked since the outset of the coronavirus pandemic. There were 738 stolen car arrests involving minors in 2019. The number grew by 23% to 910 in 2020. That increase, which criminal justice analysts say is not unique to Connecticut, comes after a two-decade decline.

“If you look at the crime stats in Connecticut, especially on motor vehicles, 2019 was the lowest level of motor vehicle thefts in decades in the state,” he said.

Chute, the New Britain police chief, and others said the problem has been growing worse for some time. He pointed to incidents of vigilantism, where citizens have tried to take the law into their own hands. Rep. Craig Fishbein, R-Wallingford, said that many residents have the perception the problem is growing worse.

“There’s definitely been an outcry across our state,” Fishbein said. “Statistics can always be looked at and pointed to and things like that but there is an outcry.”