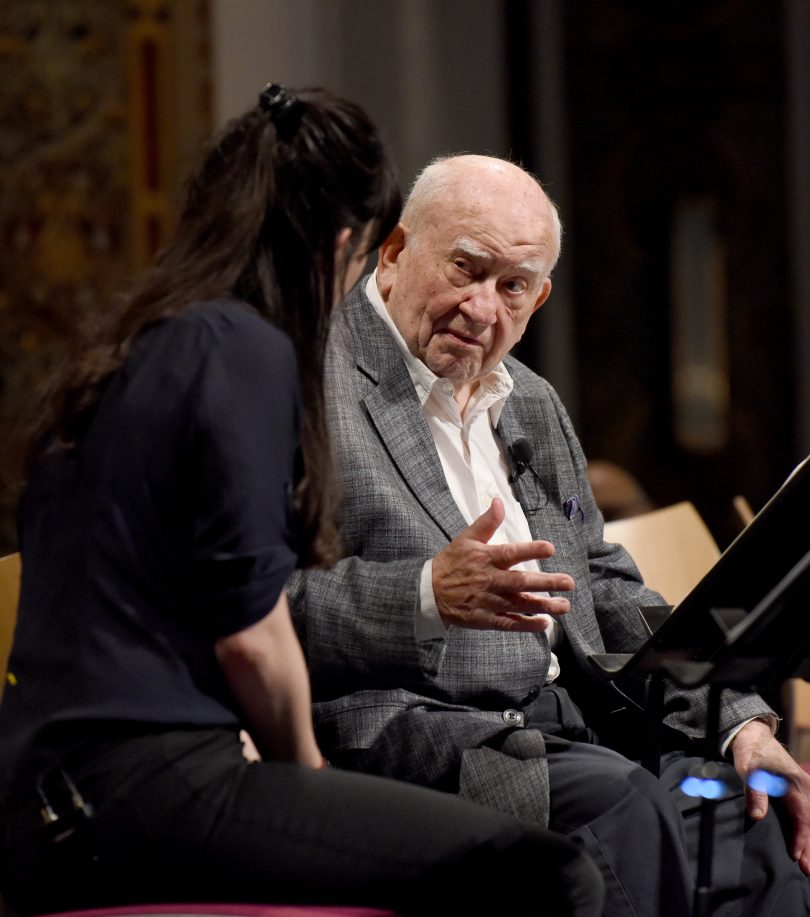 Award-winning actor Ed Asner will be in West Hartford Wednesday, appearing in a concert reading of Jeff Cohen’s ‘The Soap Myth’ at the Mandell JCC. 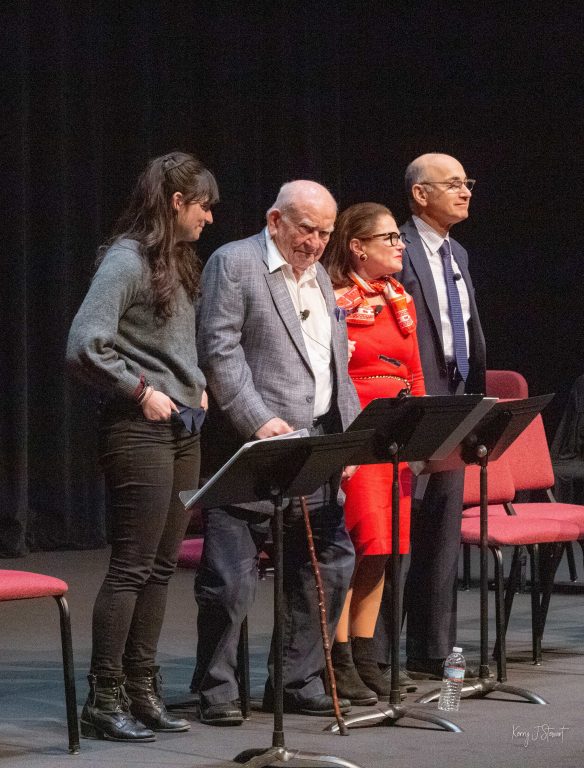 Ed Asner – at least the public persona of Ed Asner – is the perfect fit for the character of Milton Saltzman.

Saltzman’s personality in Jeff Cohen’s play “The Soap Myth” is described as “cantankerous,” but in a reading of the script it’s clear he has a soft side, too, very much like the iconic character of Lou Grant that Asner played for dozen years, on “The Mary Tyler Moore Show” and its spinoff, “Lou Grant.” 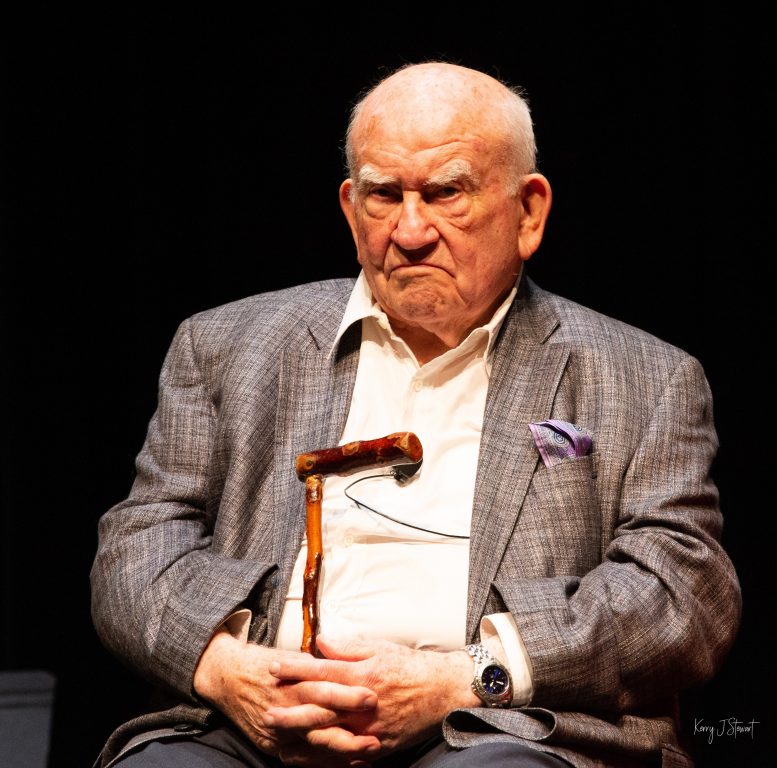 Rather than playing a journalist, however, Saltzman is a Holocaust survivor trying to convince the young Jewish journalist Annie Blumberg (played by Liba Vaynberg) that the Nazis actually made soap from the bodies of murdered Jews, and that the atrocity must be chronicled as part of the history of the Holocaust.

Asner – who was born Yitzhak Edward Asner in November 1929 – was raised Orthodox Jewish. His parents were born in Russia, and he said he had relatives who were in the resistance, who ran guerrilla gangs, who were exterminated in the camps.

These days, with anti-Semitism on the rise, Holocaust education is more important than ever, Asner said.

“It’s a managed world,” he said. There are these “conspiracy theories” – even, he said sarcastically, claims by the president that global warming is an illusion. Asner, a former Screen Actors Guild president, makes no secret of his left-wing political views.

Asner said that he doesn’t personally know if “soap” is truth or myth. “I don’t know, but to me that’s unnecessary. I don’t need to know. The fact that one man, one woman can ride against the tide, that’s important.” It’s important to fly in the face of deniers, he said.

“The Soap Myth” dramatically explores how “a survivor survives surviving,” and questions who has the right to write history – those who have lived it and remember, those who study and protect it, or those who would seek to distort and desecrate its very existence.

It’s dark and intense, and poignant.

“It’s very powerful, something [the audience] will be affected by,” Asner said. “It’s a must-see.”

A video trailer of “The Soap Myth,” a play by Jeff Cohen from Stonestreet Studios, can be seen on Vimeo below.

In addition to performing in “The Soap Myth,” Asner, 89, has been keeping busy touring with his one-man comedy (and public service) show, “A Man and his Prostate,” and playing the title role of God in the political comedy “God Help Us!”

Asner said that he is very familiar with West Hartford; his former wife, Nancy Sykes, to whom he was married from 1959 to 1988, grew up here.

West Hartford is part of the national tour of the show, which makes 10 stops between April 15-May 7.

The performances are part of Remembrance Readings – a tribute to Yom HaShoah, observed on May 1, 2019.

The West Hartford show, presented by Voices of Hope and The Mandell JCC of Greater Hartford, will take place on Wednesday, April 24, at 7 p.m., at the Mandell JCC, 335 Bloomfield Ave.