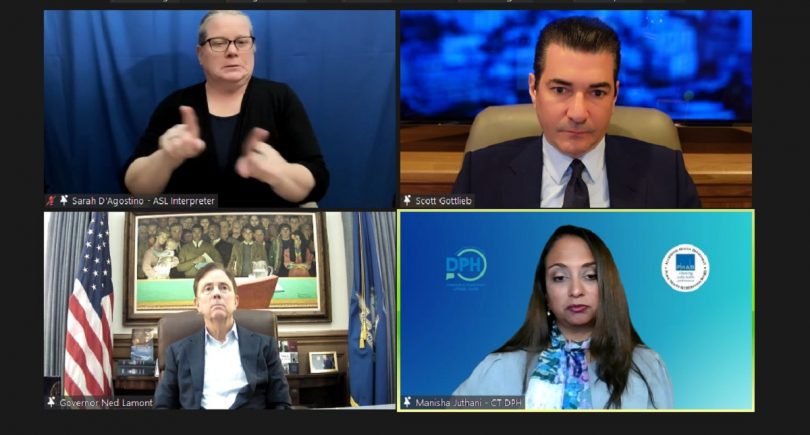 Connecticut’s positivity rate fell to 13.29% according to data reported by the state Thursday, after climbing above 24% earlier this month, and hospitalizations declined by 72 to 1,733, a decrease of more than 200 over the past week. While West Hartford, along with all but one municipality in the state, is in the red alert zone, the average daily rate per 100,000 of population has dropped to 156.3 from 180 last week. 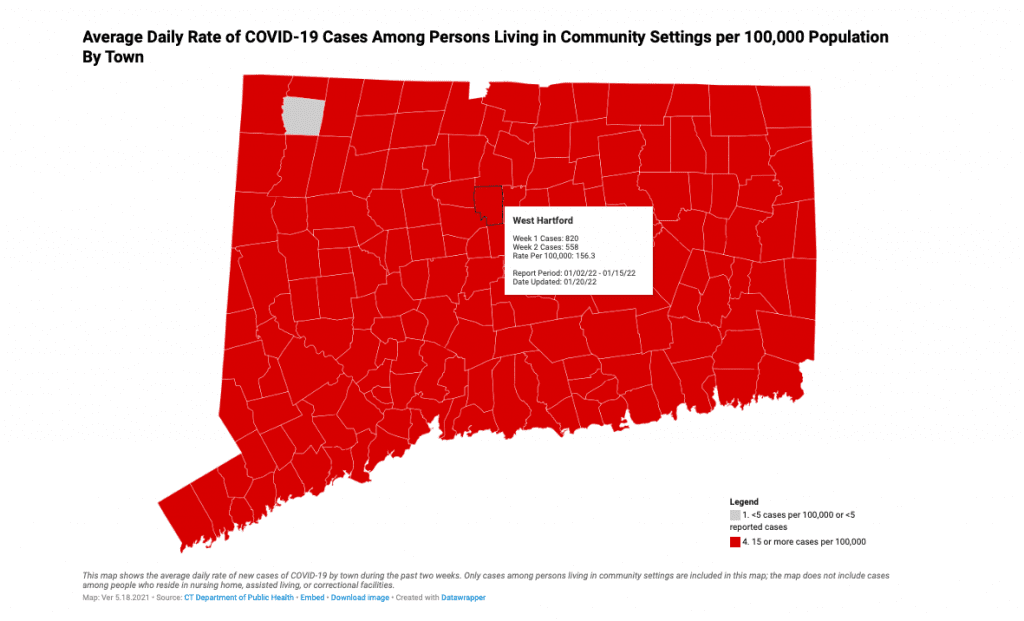 While legislative leaders expect to temporarily codify 11 pandemic-related executive orders, Gov. Ned Lamont’s administration said Thursday it hoped to retain some form of its emergency authority that is currently set to expire next month.

The governor met remotely with six legislative leaders this week and outlined nearly a dozen policies he wants the General Assembly to ratify before the scheduled expiration of his emergency declarations on Feb. 15.

Among those Lamont asked to continue are requirements that health care workers be vaccinated against COVID-19 and a policy allowing executive branch agencies to require masks in Connecticut schools. The governor is not seeking to extend a policy requiring the vaccination or weekly testing of state employees, teachers and child care workers.

But while legislators may debate and eventually ratify the governor’s list, Lamont told reporters during a Thursday briefing it was important to maintain the emergency declaration the state has had in place since the pandemic began in March 2020. The emergency status helped the state qualify for federal funding, both from the Federal Emergency Management Agency and under the Supplemental Nutrition Assistance Program, the governor said.