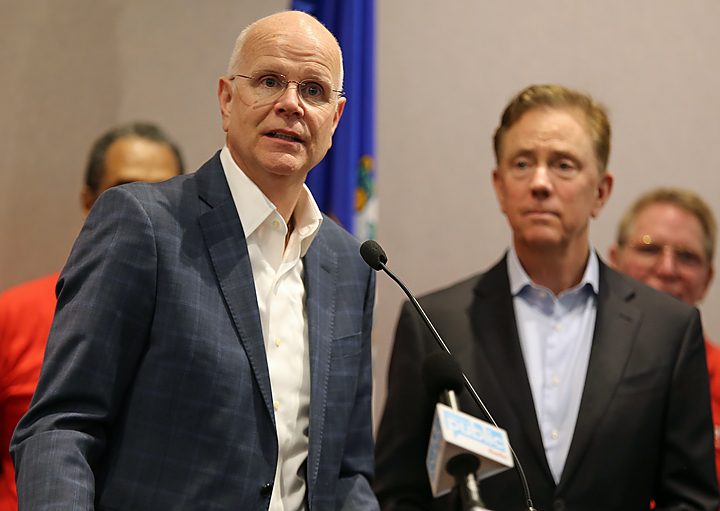 Comptroller Kevin Lembo will step down at the end of the month.

Citing a worsening medical condition, State Comptroller Kevin Lembo announced Friday he will step down from his position at the end of this month, roughly a year before the end of his current term.

First elected to the comptroller post in 2010, Lembo, a Democrat, has for a decade been the state’s only gay constitutional officer. As comptroller, he managed the pay of the state’s workforce and health care benefits. He has been a leading advocate for a public health insurance option in Connecticut as well as transparency in state expenditures.

In a mid-day press release Friday, Lembo said it had been an honor to serve in state government. 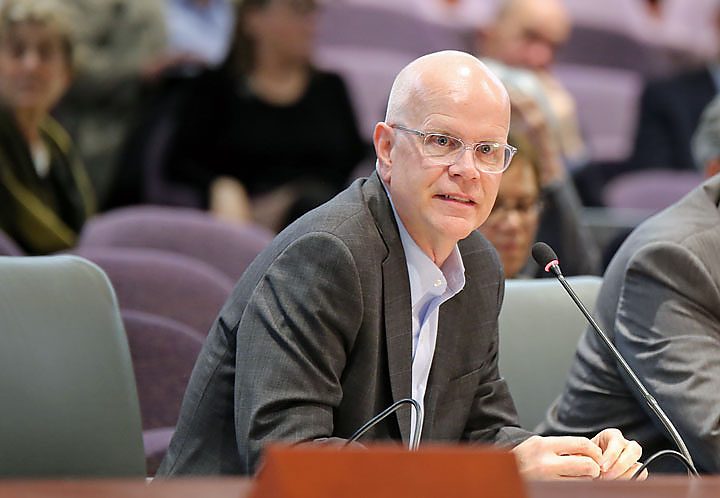 “Over ten years ago, voters took a chance on a gay, vegetarian nerd that had never run for office in his life,” Lembo said. “I’ve worked every day since to represent this office with honesty, integrity, and a focus on the common good. Even now, I love the work that I do and the people I work with. Unfortunately, my health simply won’t allow me to continue to serve.”

His decision to step down was made in consultation with a team of doctors with respect to a “serious and debilitating cardiac condition that has recently been worsening in intensity and severity,” according to the press release.

Given the timing of the resignation, Gov. Ned Lamont will name a replacement for the remainder of Lembo’s term. An election will be held for a new comptroller next November.

Up until recently, Lembo said he had not made the decision about reelection.

Public officials reacted to the news in a string of press statements Friday. Senate President Martin Looney called Lembo an extraordinary public servant who will resign, leaving Connecticut a “healthier state physically and financially because of all his tireless efforts.” Attorney General William Tong praised Lembo as “one of the most knowledgeable and dedicated policy wonks and leaders I have had the honor to serve with.”

House Majority Leader Jason Rojas said Lembo’s work would have a lasting impact on Connecticut and its working families.

“Kevin has served as a guiding voice to the legislature, and a policy nerd who never backed down from a fight,” Rojas said.

Lembo’s decision to step down sets up a second race for an open statewide office next year. The first was created when Secretary of the State Denise Merrill announced over the summer that she would not seek another term. On Friday, Merrill praised Lembo as an advocate and friend.

“Kevin Lembo is exactly the kind of person we all want in government – a brilliant policymaker, devoted to helping the people of Connecticut and making a difference in his community, who is known by all to be both ethical and kind while remaining a fierce advocate for every Connecticut resident,” Merrill said.

House Minority Leader Vincent Candelora wished Lembo well and urged the governor to appoint a strong replacement to partner with the administration and the legislature in the coming months.

“I’m sorry to learn that Comptroller Lembo is leaving due to health concerns, and I wish him all the best as he steps away from state government to focus on himself and his family,” Candelora said. “The Governor has indicated his intention to choose Kevin’s replacement soon, and in doing so I hope he considers the complexities of the issues that lie ahead.”

In a statement, Lamont said he received the news with “incredible sadness.” He said Lembo had fought to bring financial stability to the state and increase access to health care.

“He has looked out for the vulnerable his entire life,” Lamont said. “Throughout his three terms in office, he has truly made an impact, and Connecticut stands in a much stronger position today because of it.”

Lembo explored a possible run for governor in 2017, but ultimately opted to seek another term as comptroller. Prior to his election to that post, Lembo was the state’s health care advocate.

“He came here from New York and jumped into public service as the state’s first Health Care Advocate and for the past 11 years as Comptroller, fighting for transparency, smart budgeting and health care,” DiNardo said. “Kevin is a colleague and a friend and his voice will be greatly missed in the public arena. We wish him the very best as he focuses on his health.”