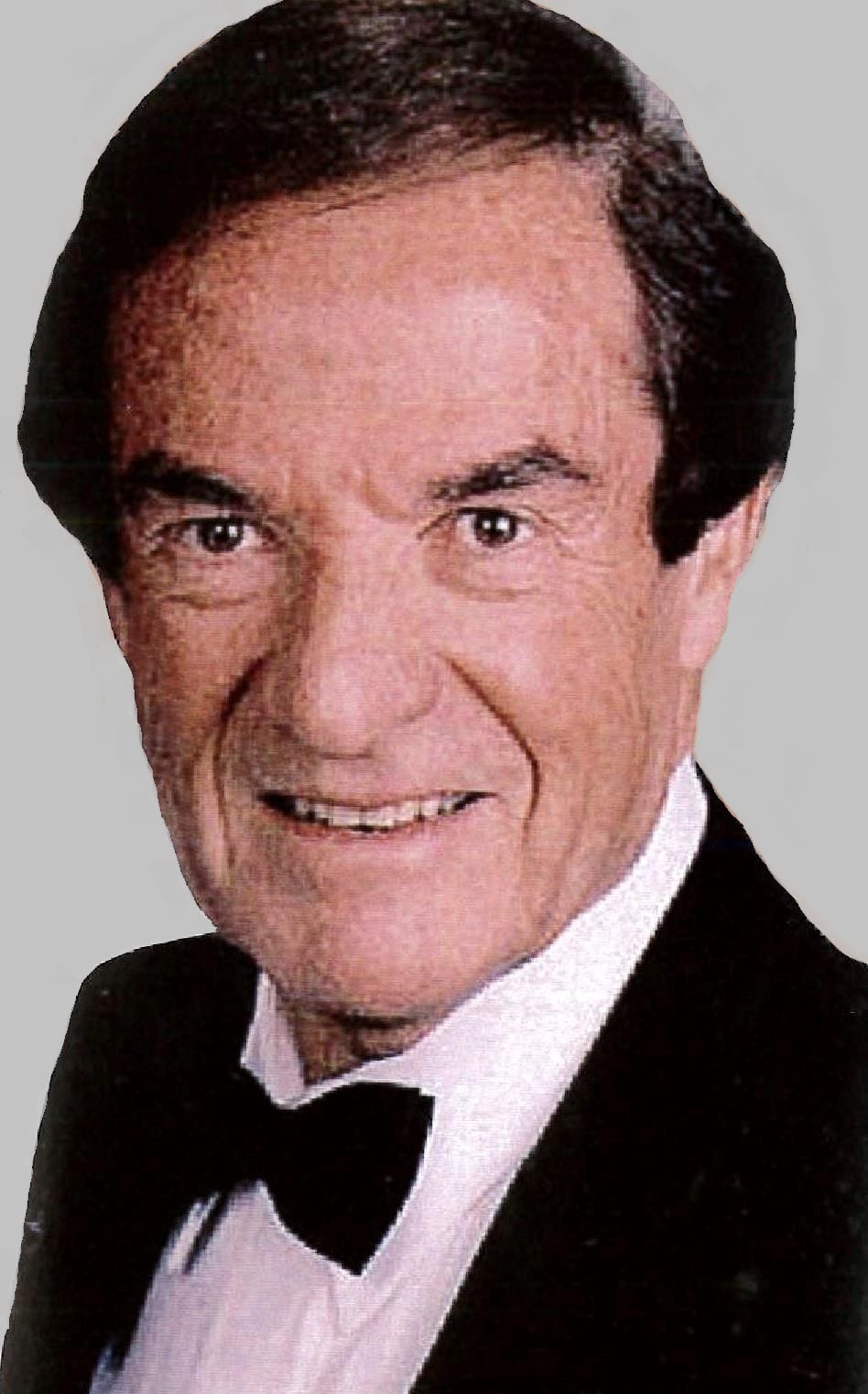 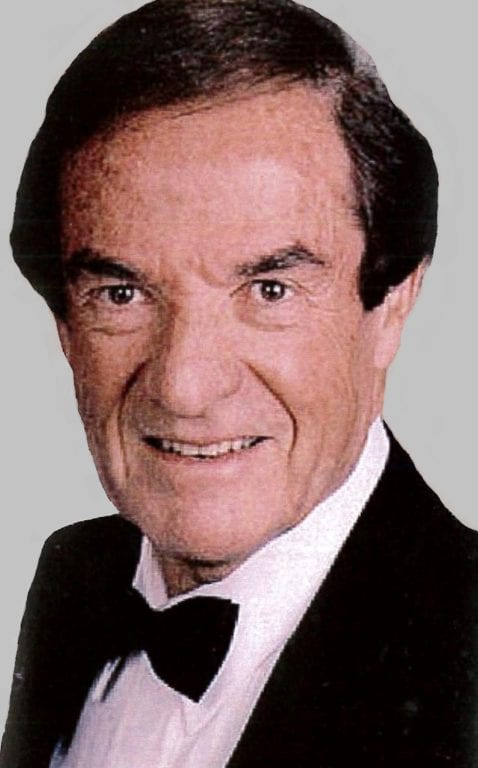 Robert Udolf said that his father always had vision, an artist’s love for the beauty of the structure, attention to detail, and the ability to see potential where others might only see a building that had served its useful purpose.

Leonard Udolf may have passed away on Sept. 9, but his legacy will live on for years to come through that vision in the many buildings he built, renovated, or gave new life to in West Hartford and throughout the area.

Robert Udolf – who is not only Leonard’s son but was also his business partner for more than 30 years – read a eulogy at the Sept. 13 funeral and spoke of his father’s passion for his work and for his family. As he’s been going through his father’s things both in the office and at home, Robert Udolf has uncovered boxes of photographs (some of which are shown below) that provided even more insight into what made his father such a special man.

Leonard Udolf did not start out with plans to become a businessman or a real estate developer, but when his own father passed away he gave up his dream of becoming an artist to help his mother run Udolf Clothiers which was already an established business in Hartford. When he moved Udolf Clothiers from the North End of Hartford to 553 Farmington Ave. in 1967, Leonard Udolf’s love of real estate was born.

Many may not know that Leonard Udolf was a natural artist, with imagination as well as attention to detail, and that he hand-sketched every building he developed or renovated.

Robert Udolf told the following story in his eulogy: “As a young boy he was passionate about art, drawing and painting people and places in a way that resembled photographs. He entered every art contest he could find, most of which were published in Ranger Rick magazine and Reader’s Digest. One of his proudest art moments was building a miniature bicycle for one of these contests – made entirely from toothpicks and small pieces of wood. His packaging of the model bike to withstand the shipping process across the country was as challenging as creating the bike itself. He won that contest … and the prize was an actual, functioning bicycle that he kept in his garage for all these years.”

As a developer, Leonard Udolf used engineers to make sure his buildings would be structurally sound, but never used an architect for his designs.

“My father’s artistic ability, combined with his raw determination, gave him the fuel to develop and redevelop new buildings that were more than just brick and mortar,” Robert Udolf said. “He would say those buildings had life – character and, even more important, quality – bringing Dad a sense of pride and accomplishment.”

He happened to notice a building at 553 Farmington Ave. that was just weeks away from meeting the wrecking ball. A dilapidated mansion that had once been the residence of Connecticut Gov. Everett Lake. “My father saw a beautiful home. He saw a men’s store,” Robert Udolf said of the building that became the location of Udolf Clothiers from 1967 until the business was closed in 1999.

A large building at 836 Farmington Ave. in West Hartford had been an armory, the headquarters of Troop B Calvary – the governor’s horse guard. It had fallen into disrepair when Leonard Udolf was awarded the right to purchase it from the state in 1983 through a closed, sealed bid process.

“It was his vision. My father saw the structure,” Robert Udolf said as he showed “before” photographs he had found in his father’s desk the previous day.

Knowing that there was a need for medical offices in West Hartford and believing that having nearby medical facilities would increase property values, Leonard Udolf planned an extensive renovation of the building, leaving much of the original structure itself intact. He removed all of the exterior bricks and cleaned them, added concrete block, and put the bricks back. He added marble floors, columns, and beautiful arches and moldings that adorn the Armory building today.

Udolf Properties no longer owns the Central Building in West Hartford Center, but that renovation was another one of his father’s imaginative visions and a source of pride. He purchased the abandoned movie theater, which had a brief second life as a disco in the late 1970s, and opened it as office and retail space in 1985. Like the Armory, the building has marble floors and striking architectural elements.

Robert Udolf just found a photo of the rosettas which sit at the base of each arch in the Central Building. His father took it just before he purchased the pieces from Architectural Antiques Exchange in Philadelphia.

“What really changed things in the Center was when the Town Council wisely relaxed the requirements and allowed restaurants to go into former retail space,” Robert Udolf said. When his father first began investing, the Center was “under-appreciated.”

“My father loved this town. It was so important for him to make his buildings as beautiful as he could,” Robert Udolf said. When he purchased the building at 102 LaSalle Rd. in 2011, where the post office and United Bank are now located, he already had tenants. “Normally you do a building just to secure the tenants,” Robert Udolf said. But instead his father brought in stone he found in Texas, each piece numbered. “It’s about more than just brick and mortar,” Robert Udolf said.

Leonard Udolf would bring his camera with him everywhere, his son said. Traveling in Europe he would photograph archways, railings, columns, gargoyles. “When he looked at buildings he would measure the thickness of stone,” Robert Udolf said. He wouldn’t replicate exactly what he saw. “My father would get inspired and make it his own.”

Growing up, Robert Udolf said, weekends were spent with the family – that included his mother and three sisters – and would involve antiquing. Leonard Udolf would buy architectural elements, many of which were incorporated into buildings in West Hartford. Some still sit in a warehouse, waiting to be used someday.

His work was his golf course, Robert Udolf said, and working and raising his family was his playground. That was what made Leonard Udolf happy, his son said.

Many of the Udolf properties in West Hartford Center were sold and are now owned by Lexham Properties, including the Central building and the strip of LaSalle Road that includes McLadden’s, but Udolf still owns 8 Ellsworth, 41 and 45 South Main, 102 LaSalle, and apartments on Loomis and Sedgwick. They also own the Armory, Sunset Triangle Stop & Shop, and many other properties throughout West Hartford and other nearby towns.

“There are a lot of people who have contributed to this town. My father was one of them,” Robert Udolf said.

Leonard Udolf would see what others didn’t see, his son said. “Think outside the box, he would say. Find solutions,” Robert Udolf said. “He taught me about looking for solutions that were not readily apparent.”

After his father died, Robert Udolf said he found his pen – a black flair. Leonard Udolf always used the same type of pen to sketch an image of a flying Pegasus on every card he gave his children and grandchildren on their birthdays and other special occasions.

Like that Pegasus, it was time for his father to fly away for a well-deserved rest, Robert Udolf said.

According to the obituary provided by Weinstein Mortuary: “Leonard Udolf will be remembered as a loving husband, father, uncle and poppie. Besides his wife of 58 years, he leaves his daughter Elise Udolf of Manhattan, NY, son Robert Udolf and his wife Danielle of West Hartford, daughter Susan and her husband Jeffrey Goldenberg of Scarsdale, NY, daughter Nancy and her husband Dr.Theodore Schwartz of Scarsdale, NY, and fourteen adoring grandchildren: Matthew, Andrew, Alexa, Samantha, Claudia, Dylan, Danny, Josh, Julia, Ryan, Jonathan, Benjamin, Jenna and Ali. He leaves his sister Shirley Gottesdiener and her husband Mendy of Boynton Beach, Florida and sister Eleanor Newman of Scottsdale, Arizona, and several nieces and nephews.” 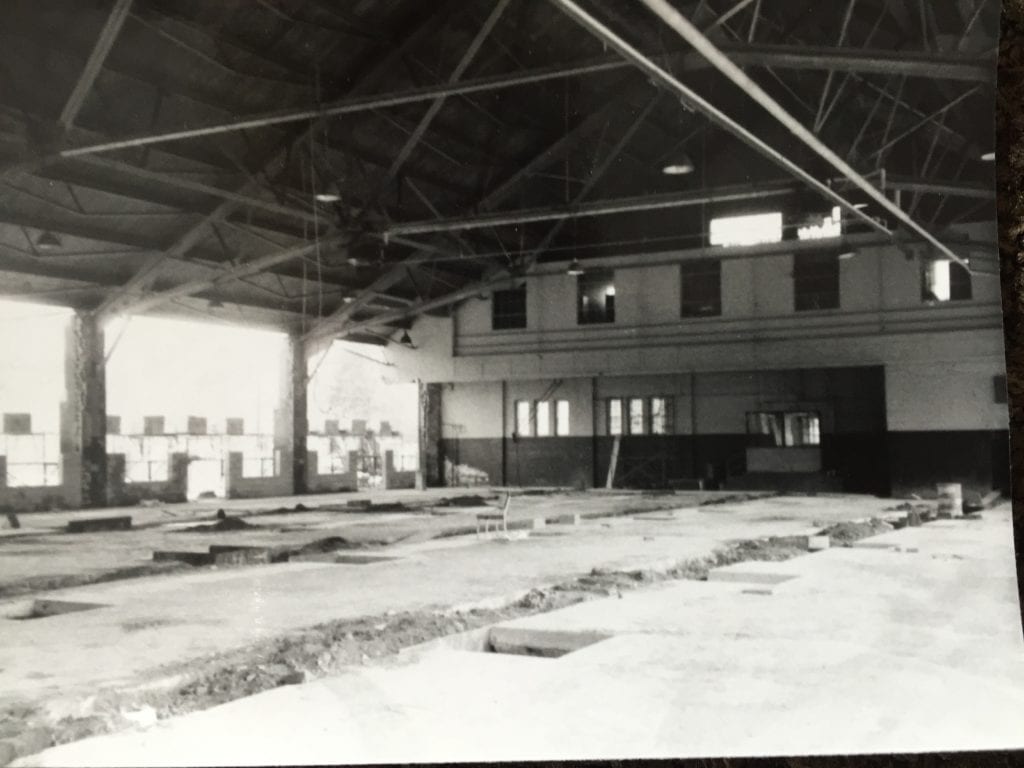 Interior of the armory, prior to renovation. Photo courtesy of Robert Udolf 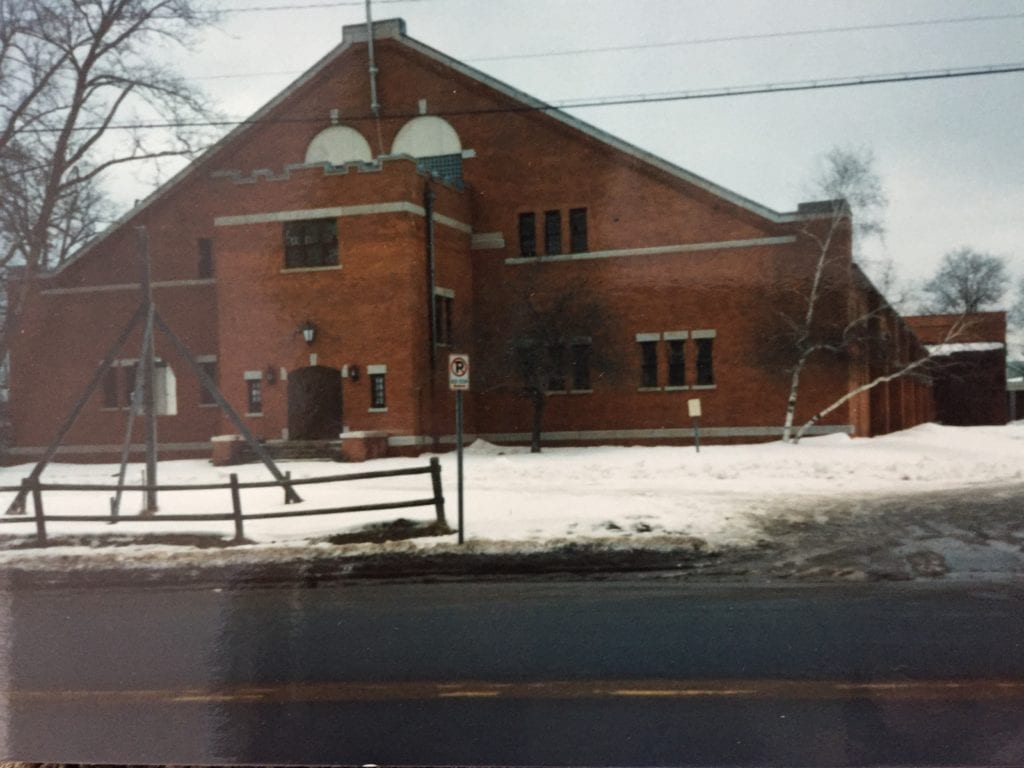 ‘Before’ shot of the Armory. Photo courtesy of Robert Udolf 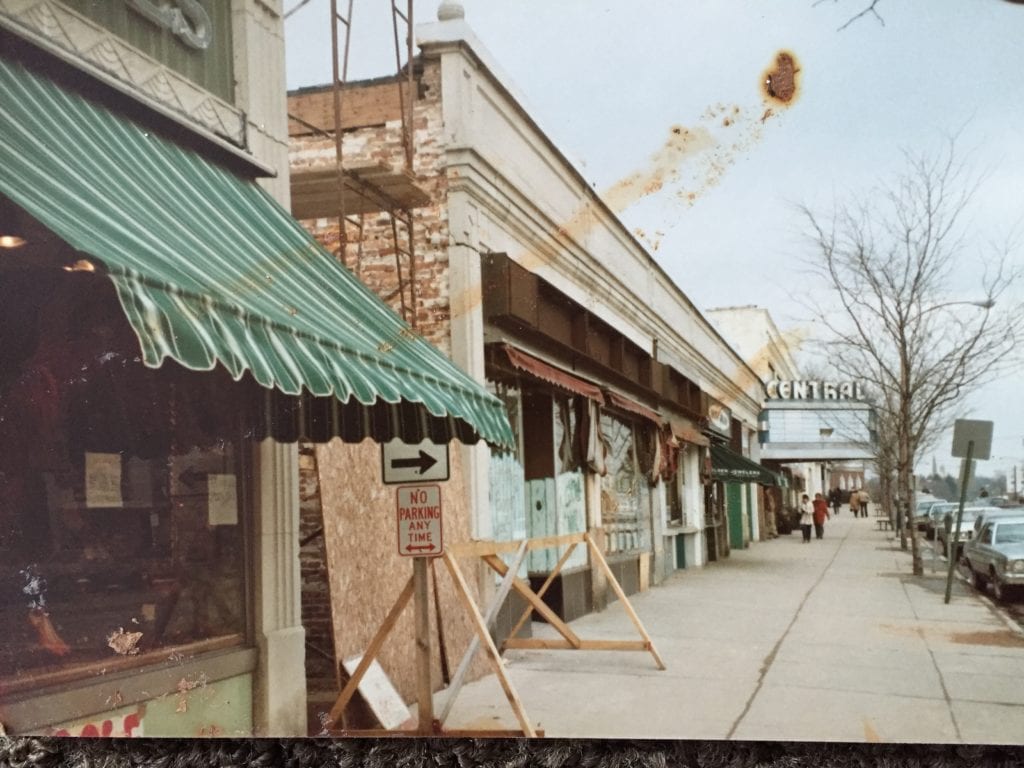 The Central Building under renovation. Photo courtesy of Robert Udolf 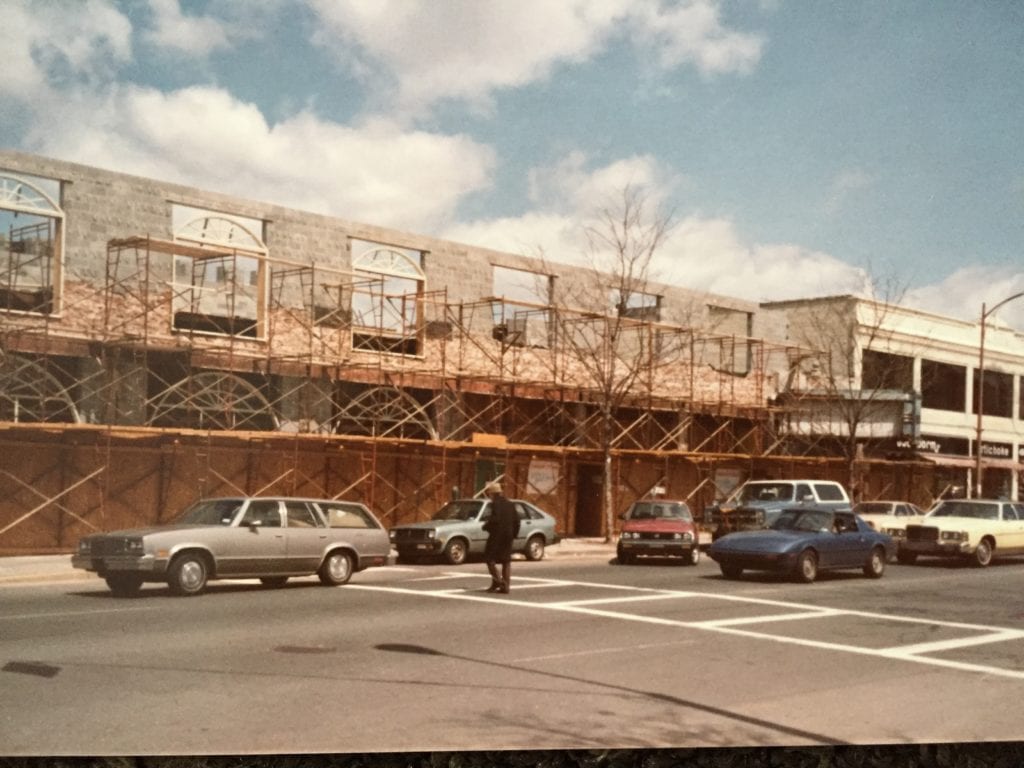 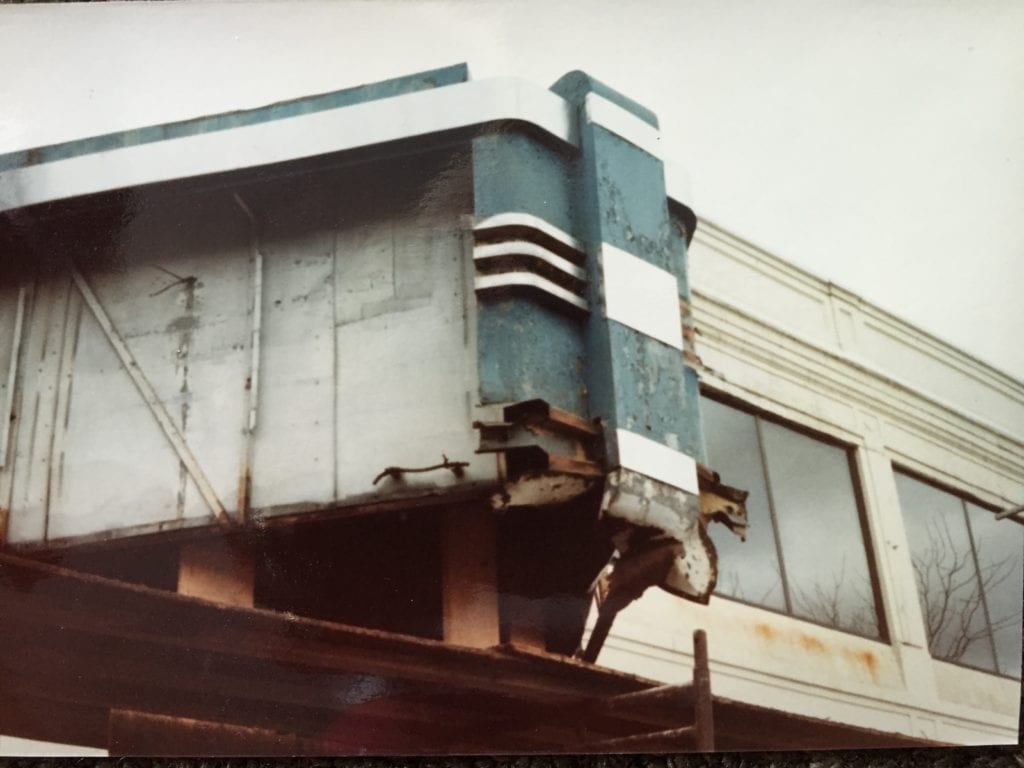 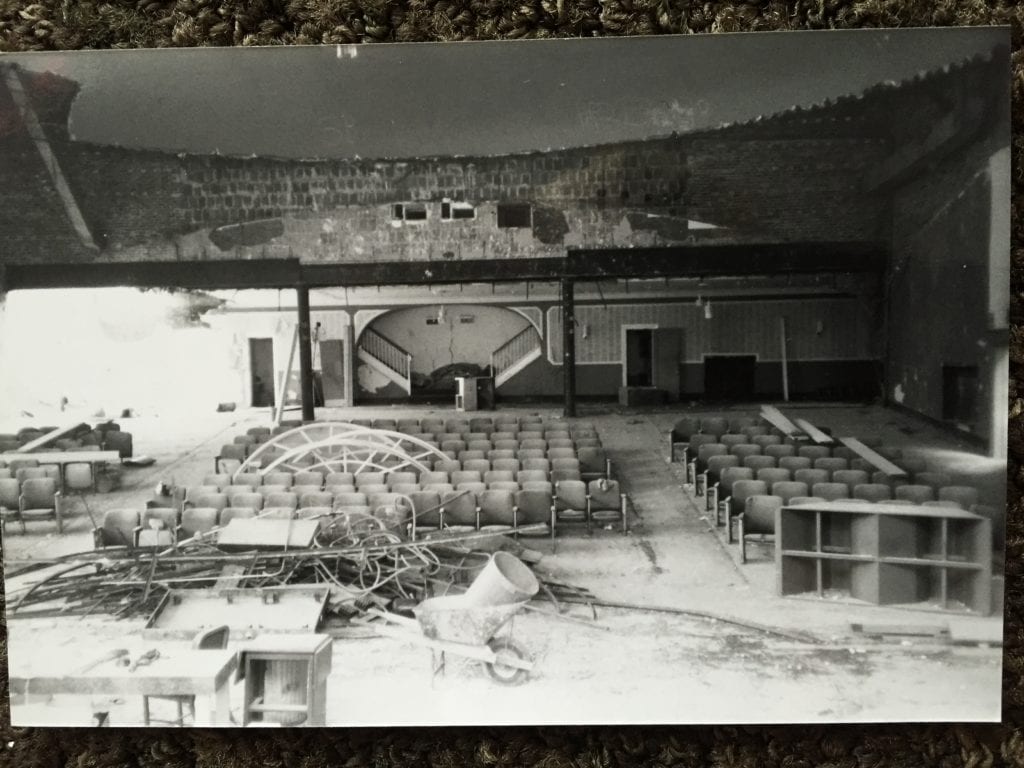 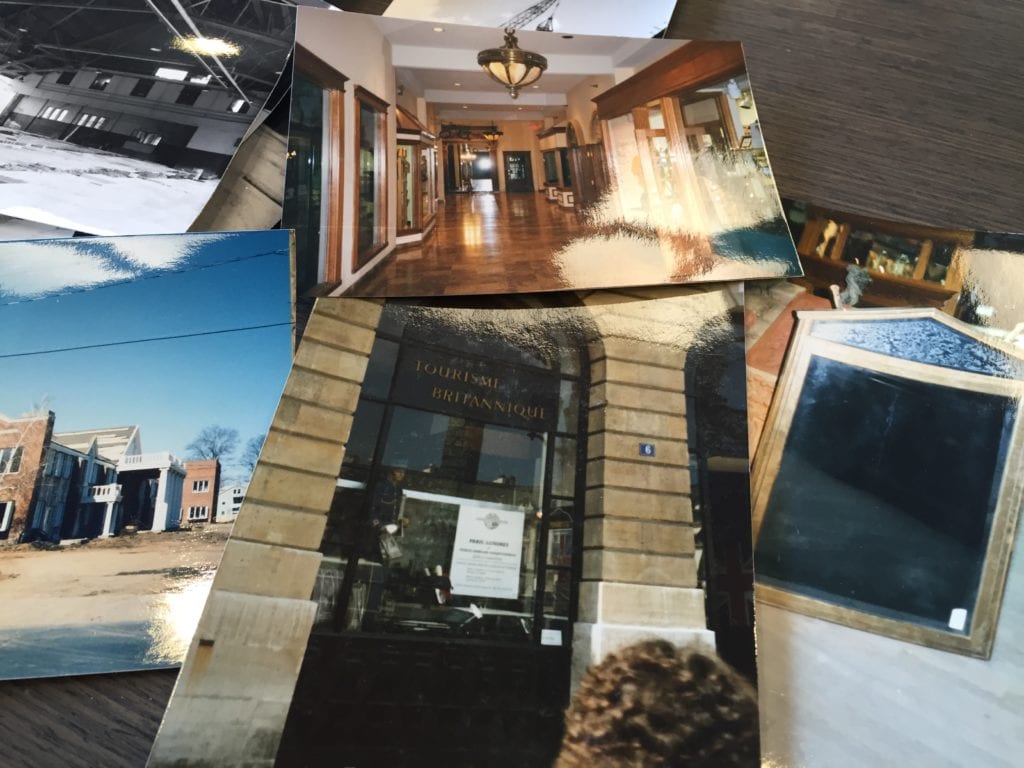