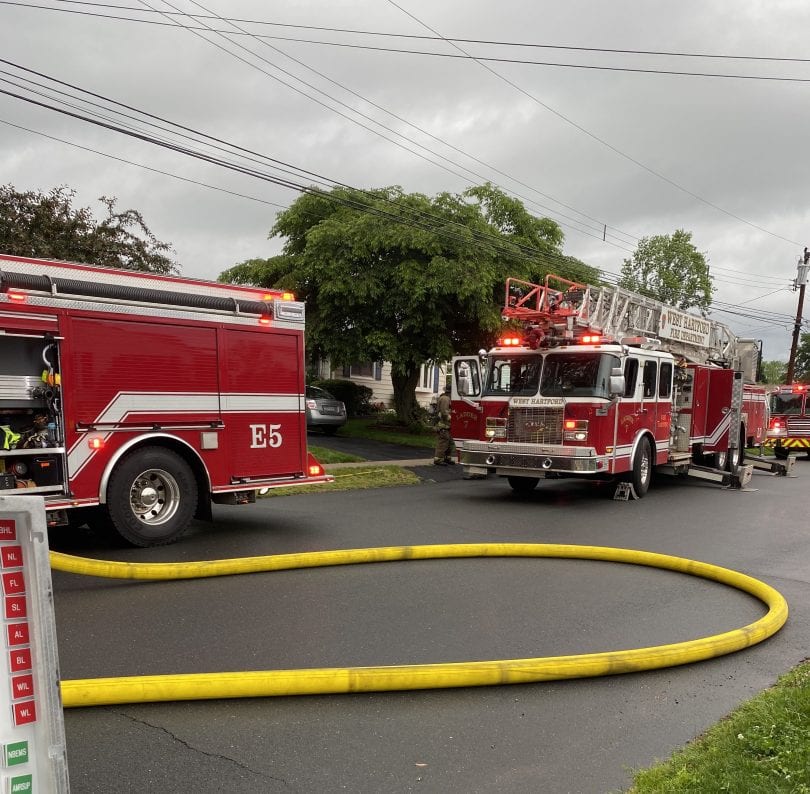 West Hartford firefighters on the scene of a fire at 65 Gerthmere Dr. on Monday morning. Courtesy photo

A fire at a single-family West Hartford home Monday morning appears to have been caused by lightning, fire officials say. [Updated] 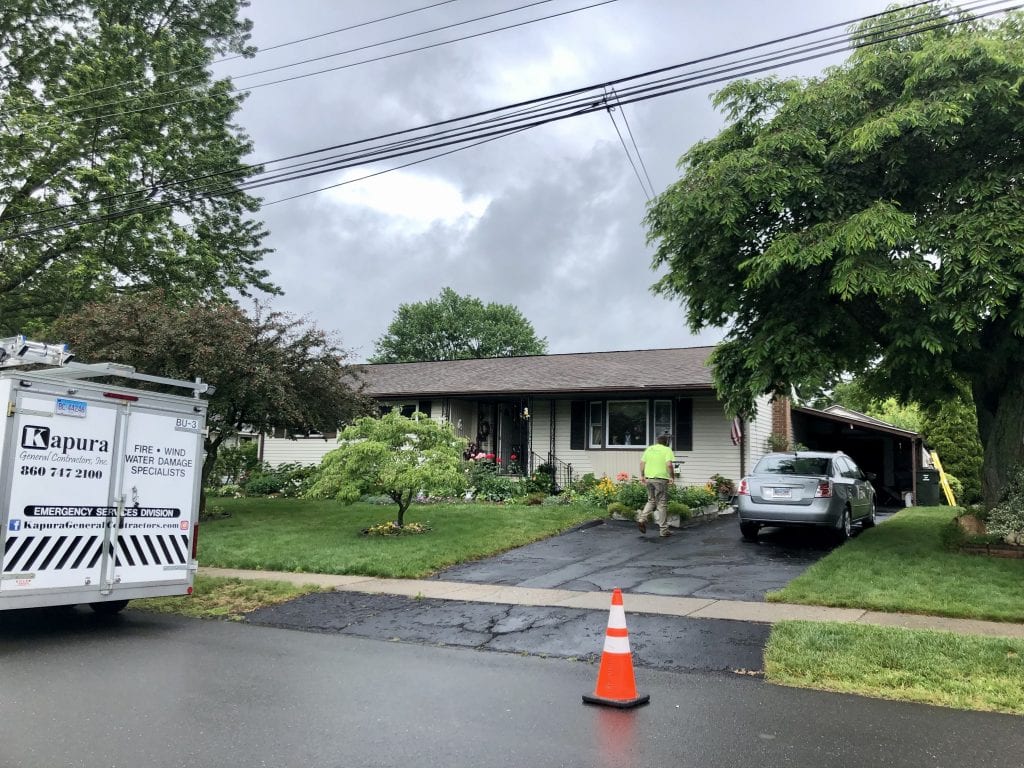 A single family home at West Hartford caught fire Monday morning in the midst of a severe thunderstorm, and Assistant Fire Chief Hugh O’Callaghan said the blaze, at 65 Gerthmere Drive, appears to have been caused by a lightning strike.

The fire was reported at approximately 8:20 a.m. Monday as a fire on the roof of a home.

When the first crew arrived, in four minutes, O’Callaghan said they stretched attack lines to the basement, where the source of the smoke appeared to be. Although smoke was also coming from the roof, the fire itself was in the basement of the one-story ranch-style home, he said.

The home was occupied by one person at the time, but he was able to self-evacuate, O’Callaghan said. There were no injuries either to the home’s occupant or to any firefighters.

The structure is uninhabitable at this time, O’Callaghan said, and the town’s Building Department will reassess in a few days. Relocation services are not required.

All West Hartford companies responded to the incident, while New Britain and UConn departments provided back-up at the stations for the remainder of the town, O’Callaghan said. West Hartford Police directed traffic at the scene. Eversource and AMR ambulance also provided assistance at the scene.

The Fire Marshal’s Office is continuing to investigate to determine the cause of the blaze. 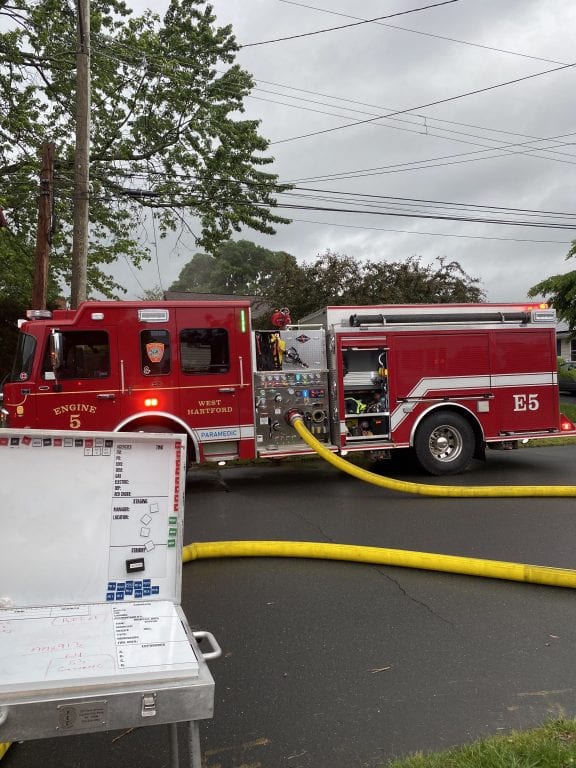 West Hartford firefighters on the scene of a fire at 65 Gerthmere Dr. on Monday morning. Courtesy photo