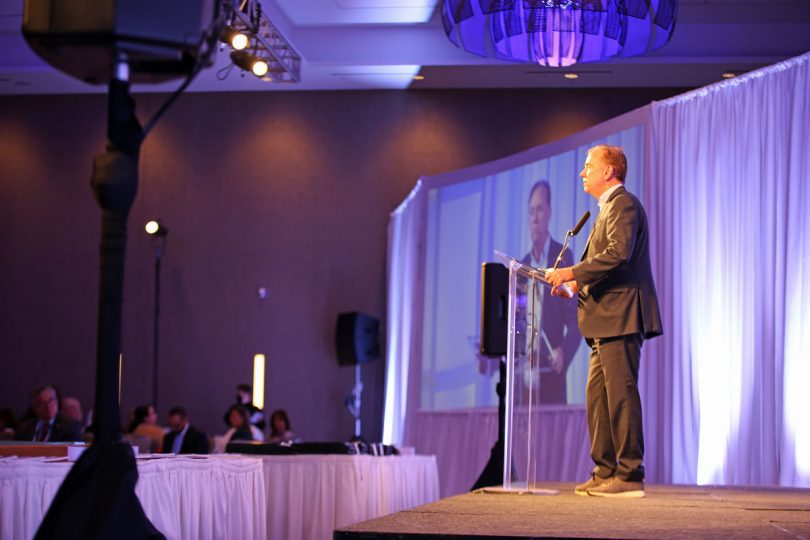 The state is not currently planning on additional restrictions such as a statewide mask mandate or capacity restrictions.

A new COVID variant and a test positivity rate of 6% is not causing Gov. Ned Lamont or local officials to panic or consider more restrictions like mask mandates or capacity caps.

Lamont says he’s not reinstituting a mask mandate or limiting restaurant capacity any time soon even though hospitalizations have doubled to nearly 400 in recent weeks.

“They were beginning to relax their standards on indoor masking until recently some of them may be taking a second look at that,” Lamont said of local officials.

Aside from the school mask mandate Lamont is leaving it up to local officials to largely handle COVID.

“I left it to the individual. We have a very vaccinated community,” Old Saybrook First Selectman Carl Fortuna said.

Forunta says he never had to institute a mask mandate in his community.

“We actually vaccinated 25,000 people in Old Saybrook from all over the state but we certainly got a lot of our residents vaccinated,” he said.

Municipal leaders who gathered at the Connecticut Conference of Municipalities annual conference Tuesday say they aren’t interested in more mandates.

West Hartford had instituted a universal indoor mask mandate in August, but it was lifted in October. The town had been in the “yellow alert” zone for a number of weeks, with an average daily rate of positive cases per 100,000 of population that was well below 10, but bumped up to “orange alert” with a rate of 10.2 according to data reported by the state last week. Over the past few weeks the number of cases among West Hartford residents has continued to increase, and that rate is likely to rise this week.

“Americans have been conditioned for the last year, year and a half, about the importance of social distancing, wearing the mask, getting the vaccination, getting the booster. By and large most people subscribe to those things,” Shelton Mayor Mark Lauretti said.

“I don’t get too concerned until we have enough information to be concerned about. I think it’s wrong to overreact and jump the gun,” he said.

Local officials appreciated Lamont’s hands off approach over the past few months.

Hoydick says they know the drill.

“We’ve gotten more robust on how we manage through this pandemic, all of our departments really working lock step together,” she said.

Lamont said a 6% test positivity rate is the highest the state has been in close to a year.

He says he’s looking into some sort of vaccine passport system that the state could endorse for local businesses.

“We’re continuing to look at authentication so that people know who’s been vaccinated and who hasn’t,” Lamont said.

He said some businesses have expressed interest.