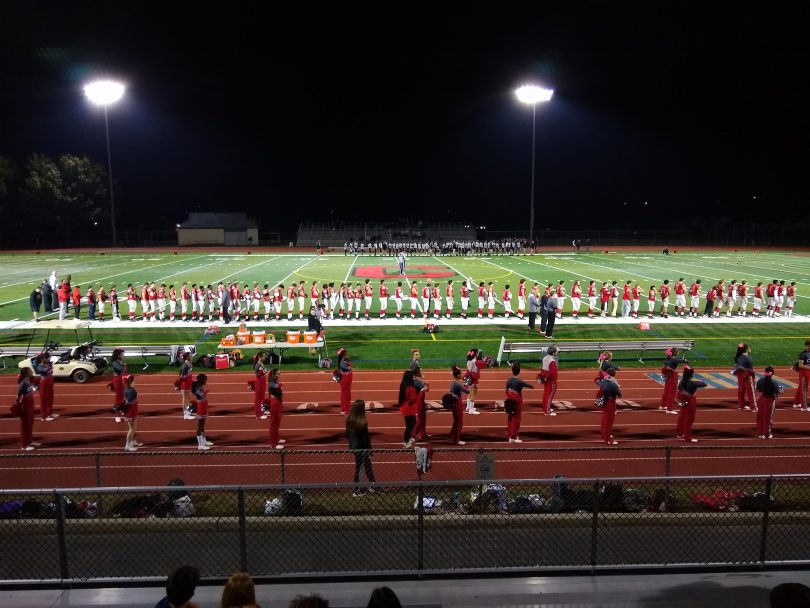 Conard tops 60 points to ward off a second-half surge by Enfield and improve to 3-3.

With two weeks to prepare coming off a shutout loss at Simsbury, the Conard football team put on a dominant offensive performance to start the second half of its season.

Wyatt Raymond rushed for a 94-yard touchdown on Enfield’s first offensive play of the third quarter to trim the deficit to 28-13 at the 8:19 mark.

Stager found Raymond on a 56-yard connection, bringing the ball to Conard’s 3-yard line. Stager found the end zone himself on the following play to make it 35-20 with 7:20 left in the third quarter.

Shtefan found the end zone from two yards for his third touchdown of the night to extend Conard’s lead to 42-20 with just before the two-minute mark. Lopez broke loose on a 38-yard carry to push the drive into the red zone and set up the touchdown.

The big play bug bit the Chieftains again, as Stager connected with Jaylen Brown on a 76-yard touchdown with 1:21 left to cut the margin to 42-27.

“They’re a really good offensive team,” said Cersoimo. “They have some serious weapons, and for us to not have the laser beam focus that we needed to have in the second half put us in some of those situations, and that was a little disappointing and frustrating.”

Without Shtefan in the game toward the end of the third quarter, Lopez carried the offense to help ward off Enfield’s comeback effort.

After the Chieftains recovered a muffed punt at Enfield’s 21, Lopez connected with Jack Tousignant for a 20-yard gain. Lopez finished the drive with a 2-yard rushing touchdown to put Conard up 48-27 with 11:28 left in the fourth quarter.

Stager completed five passes on Enfield’s ensuing possession before finishing the drive on the ground from one yard out, making it 48-34 with 6:42 left.

Lopez found Emmett Coco on a 27-yard swing pass to get to Enfield’s 27. Lopez scampered into the end zone on the following play for his third rushing score of the night with 5:27 to play.

The Eagles only needed two plays to respond, as Stager found Xavier Samuels on a 56-yard pass 27 seconds later. Facing a 54-41 deficit, Enfield brought the margin to its smallest gap since the first quarter.

Coco rushed for a 19-yard touchdown at the 4:10 mark to extend the lead to three scores and keep the Eagles away for good.

Enfield opened the game with a 79-yard touchdown, capped by Stager on the ground from 12 yards out to go ahead 6-0 four minutes into the first quarter.

Kennedy found Bridges on a 7-yard touchdown pass to put the lead to 21-6 midway through the second quarter. Shtefan scored his second rushing touchdown of the game from nine yards out less than a minute before halftime.

Conard’s 61-point outburst marks the fourth time in program history the team has scored 60 points in a game. The Chieftains last scored 60 against Enfield on Sept. 22, 2017.

“I feel great for our kids and our coaches,” said Cersosimo. “We had a great two weeks of practice. Things didn’t go the way we wanted it to go against Simsbury, and the resiliency of our kids showed through throughout the bye week. We could have very packed it in and [taken] that week off, but we didn’t, and I think it showed out here tonight in certain situations that they’re ready to go and compete at a high level.”