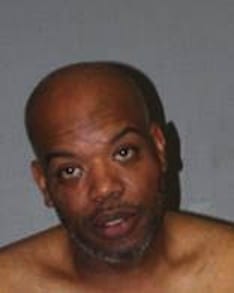 An incident that began with the shoplifting of shirts ended with a pursuit, resisting arrest, and one suspect attempting to injure a West Hartford K9.

A male suspect fleeing with stolen shirts who verbally threatened to shoot a loss prevention officer at Sears in West Hartford’s Corbin’s Corner Tuesday has been charged with multiple offenses after a pursuit and scuffle with both a West Hartford Police officer and his K9.

The incident was reported at 5:08 p.m. Two other suspects are still at large.

Police said that K9 Off. Tom Lazure was off-duty and in his cruiser when he spotted the suspect’s vehicle, a tan 1997 Buick LeSabre with Connecticut registration 9AVXG5, headed eastbound on I-84.

Lazure followed the suspect’s vehicle onto Sisson Avenue in Hartford. Lazure was able to stop the vehicle, but police said that Scott exited the vehicle and resisted attempts by Lazure to take him into custody.

Scott broke away but was apprehended by Lazure, police said. In the process of resisting arrest, the suspect “wrapped his hands around the neck of K9 Jett and tried to strangle him,” police said.

Lazure was able to free Jett from the suspect’s grip and make the arrest.

During the scuffle, the other two suspects fled in the vehicle. They are still at large and police are working to identify them.

Scott sustained bites on his right forearm and was transported to St. Francis Hospital where he was treated and released. He was charged with second-degree robbery, third-degree larceny, first-degree threatening, assault on a police officer, interfering with an officer, and cruelty to animals.

Police said that Scott has 13 prior arrests and convictions on charges that include robbery, burglary, assault, and larceny.

Police said that Scott told them that “voices” told him to hurt Lazure and K9 Jett.

Neither Lazure nor Jett sustained any reported injuries as a result of the incident.

Anyone with information about the remaining suspects is asked to contact West Hartford Police at 860-523-5203.