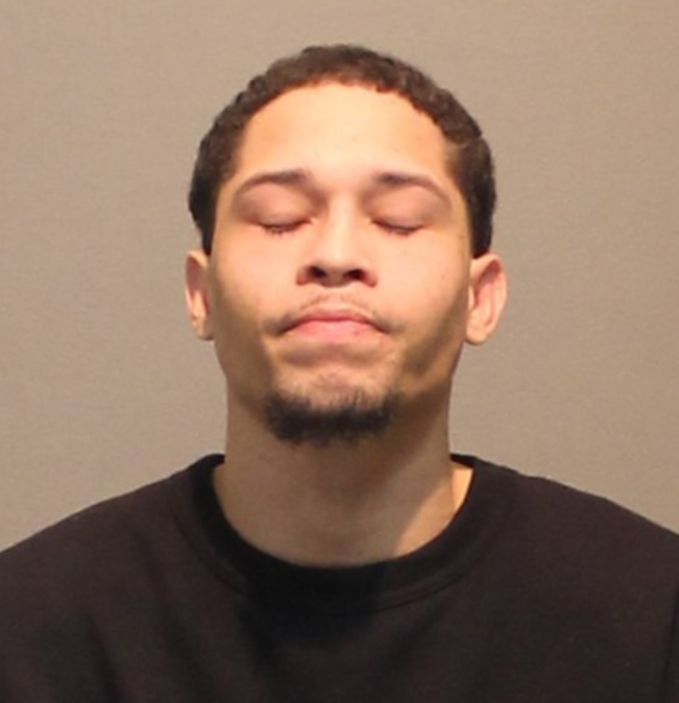 A Hartford man faces firearms and drug charges after being initially stopped by West Hartford Police for driving a vehicle with illegally tinted windows and a license plate cover.

A Hartford man was held overnight on $500,000 bond and due in court Monday after what began as a motor vehicle stop yielded recovery of a stolen, loaded revolver and drugs packaged for sale.

According to West Hartford Police Capt. Michael Perruccio, police spotted a gray Honda traveling east on New Britain Avenue at 6:08 p.m., Sunday, Dec. 8, that had darkly-tinted windows and a darkly-tinted license plate cover, both of which are violations.

The officer stopped the vehicle on New Britain Avenue near Hollywood Avenue, Perruccio said, and as the officer approached the vehicle to inform the driver why he was being stopped, he could smell burnt marijuana.

A check of police records indicated that the driver, Chris Gonzalez, 25, of Standish Street in Hartford, had a previous arrest in East Hartford on narcotics and firearms charges, Perruccio said.

As a second officer was en route to the scene to provide backup, Gonzalez asked if he was going to be searched, and began to protest to the officer who initially stopped him, indicating that he needed to call his lawyer, Perruccio said.

According to police, Gonzalez resisted exiting the vehicle for a search, and officers had to grab his arms to get him out of the car. He was shouting, “You can’t do this to me,” Perruccio said, tensing up in resistance to the officers’ efforts.

Gonzalez continued to resist police, and also refused requests to let go of his phone, and a third officer was called to assist, Perruccio said.

According to the police report, “While actively trying to take Chris to the ground, he said, ‘I have a weapon on me,'” Perruccio said.

Gonzalez admitted he had a weapon in his waistband, and police retrieved and took control of a loaded Ruger .357 Magnum revolver from his waistband.

Gonzalez continued to struggle on the ground and resist the efforts of police to arrest him, and did not cooperate and un-tense his body until officers threatened to tase him. He then allowed officers to handcuff him, Perruccio said.

Police searched Gonzalez’ person and found marijuana and a THC vape pen in his jacket.

The gun seized contained five bullets, police said, and a search of the vehicle resulted in the discovery of small clear baggies of marijuana and two THC vape cartridges, police said. They also noted that there were multiple burnt marijuana roaches scattered throughout the vehicle.

The vehicle was towed from the scene, Perruccio said, and Gonzalez was cooperative as he was transported to West Hartford Police headquarters.

A search of the serial number of the gun indicated that it had been reported stolen to Hartford Police on Jan. 23, 2018.

The total weight of the marijuana seized by police, in separate packages, was 2.445 ounces, said Perruccio. Through subsequent interviewing and evidence uncovered, police determined that Gonzalez was selling marijuana.

According to Perruccio, Gonzalez told police that he bought the gun from “somebody on the streets, a few months ago,” and said that it came with the ammunition.

Gonzalez sustained minor injuries to his right knee, right wrist, and a knuckle on his left hand during his scuffle with police, and said he had minor pain to his left bicep, but refused medical attention, Perruccio said.

Gonzalez was charged with carrying a pistol without a permit, stealing a firearm, illegal possession of a weapon in a motor vehicle, interfering with an officer/resisting arrest, possession of more than 1/2 ounce of cannabis, possession with intent to sell, use of drug paraphernalia, and tinted auto glass and unreadable license plate violations.

According to online court records, Gonzalez previously pleaded not-guilty and is due to appear in court Dec. 18 on several felony charges, including carrying an unlicensed weapon, carrying a weapon in a motor vehicle, and several drug offenses stemming from a June 5, 2019, arrest in East Hartford.