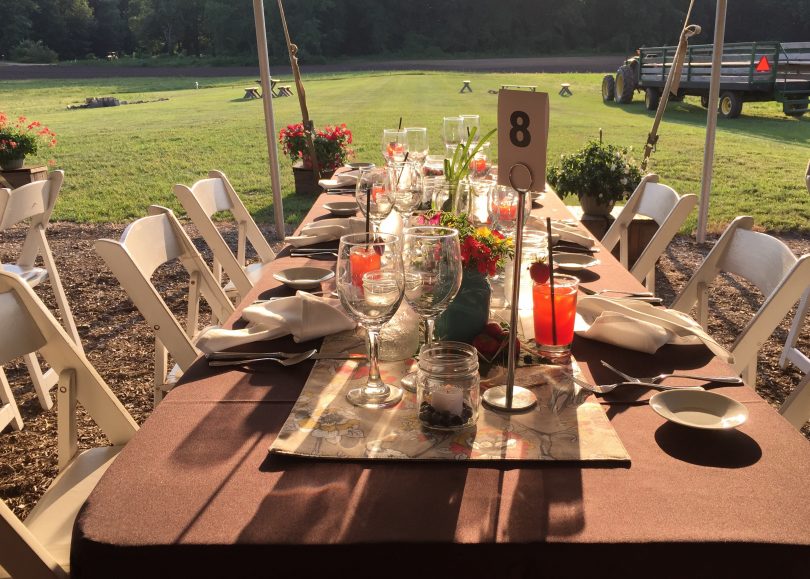 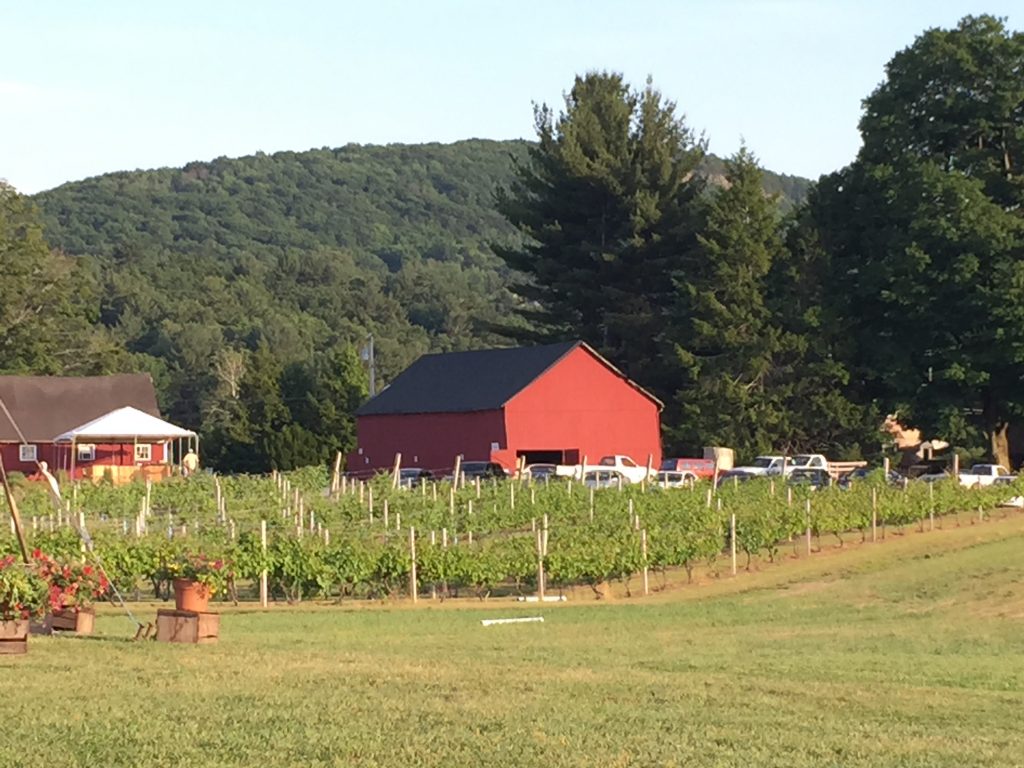 Rosedale Farms in Simsbury is the site for most of the Max Chef to Farm dinners. Photo credit: Ronni Newton (we-ha.com file photo)

The unique culinary journey that is Max Chef to Farm is not just a trendy “farm-to-table” dining opportunity, but one that actually brings chefs directly to the farms, where they prepare multi-course feasts showcasing the freshest seasonal ingredients – some grown right on site and picked just moments earlier. 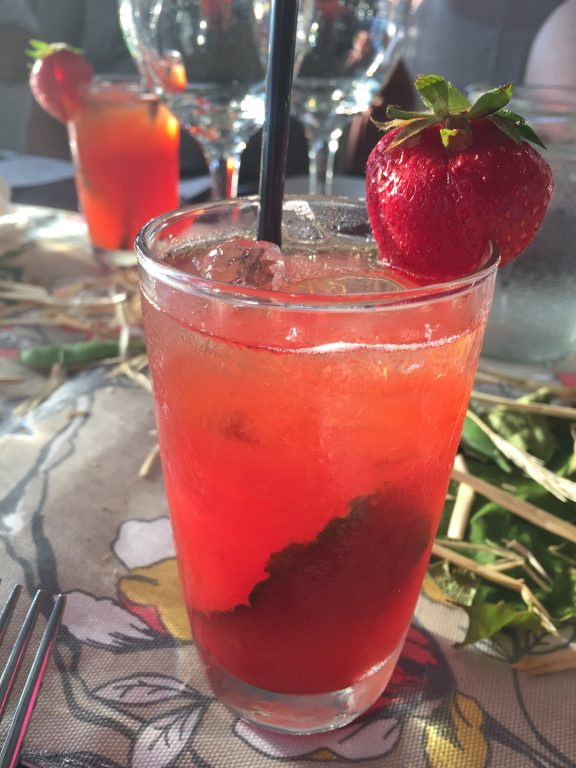 Most of the events are held at the bucolic 160-acre Rosedale Farms in Simsbury, where guests begin their experience with a reception featuring a speciality cocktail, followed by a tour of the farm before heading to the tent for a candlelight dinner prepared al fresco.

Now in its 12th year, Hunter Morton, culinary director for Max Restaurant Group and a West Hartford resident, said that a few things have been changed up this year – bringing back some favorite dinner themes and adding a few new ones.

“The coolest thing to me is cooking in the field, and what you’re eating is grown right there,” Morton said. “It means a lot to me as a chef.”

“Hunter and I have worked together for years, coordinating all of it,” said Brian Mitchell, beverage director for Max Restaurant Group, who is in his eighth year with the Max Chef to Farm series.

The series – which includes festivals as well as dinners – launched this year on Father’s Day with a casual, family-oriented barbecue. The Father’s Day event was formerly a lobster fest, but Morton said it didn’t make a lot of sense because lobsters aren’t in season at the time.

“We’re all about seasonality,” he said. The lobster fest hasn’t been abandoned, however; now it’s scheduled for Sept. 29.

Thursday night was “Berries & Blossoms,” the first of the dinners and a traditional favorite way to celebrate the official start of summer with strawberries as well las squash, peas, and other early produce.

To many people nothing tastes as much like summer as fresh corn, and the second dinner of the series – Maize: Corn & Tapas on July 12 – will highlight the beloved local crop with an added Spanish twist. “Every year we try to do something different with corn,” Morton said.

Most of the dinners feature Rosedale Farms’ wines, but the family-friendly Sunflower & Wine Festival on July 21 will incorporate a broader selection of local wines for tasting along with Savoy pizza prepared on the pizza trailer, and a chance to enjoy the sunflower maze and play lawn games.

There’s a “Max Downtown on the Farm” whiskey dinner, an Oyster Festival, and a “BBQ, Bluegress and Brews” featuring local craft beers, a tomato-themed dinner with tomatoes still warm from the sunshine, a vegetarian dinner, and a HOPtoberfest. There’s also an Oktoberfest dinner, which is a “Chef to Brewery” event planned for Hanging Hills in Hartford.

Morton said that the last time Max Restaurant Group sponsored an oyster festival, it was “huge, crazy,” with about 400 guests. “It’s all based around National Oyster Day,” Morton said, and will include and oyster-eating contest. 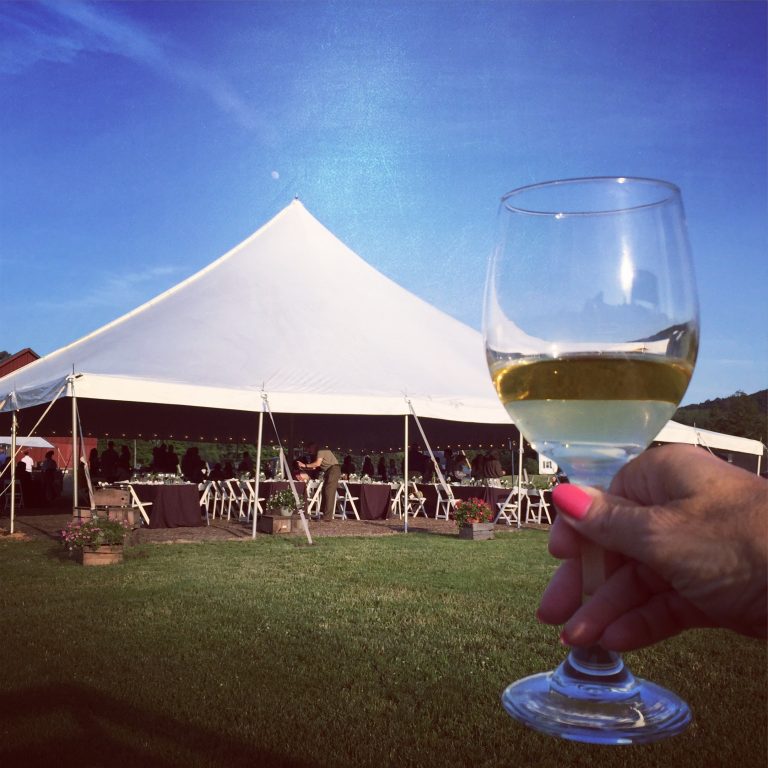 Rosedale Farms in Simsbury is the site for most of the Max Chef to Farm dinners. Photo credit: Ronni Newton (we-ha.com file photo)

“There’s so much I like about it,” Morton said about the Chef to Farm dinners – particularly the relationships he’s built with Marshall Epstein at Rosedale Farms, with Sub Edge Farm, the Garlic Farm, and other local suppliers.

“We want to support our local farmers, show off our stuff, their stuff,” Morton said.

“We also want to celebrate the fact that there are all these people in Connecticut – farming, fishing, making cheese, dairy farmers,” Mitchell said.

As the growing season progresses, the series will culminate with the final event of the season, the Vintner’s Dinner on Oct. 24, celebrating the harvest of the full bounty of locally-sourced cuisine. Held at Crystal Ridge Winery in South Glastonbury, tables will be nestled in the orchard where diners can gaze at a sweeping view of the Connecticut River Valley.

As the series has grown, so have the facilities. At Rosedale Farms, where there were once just a few portable grills there is now a full outdoor kitchen.

“This year we’re going out with a bunch of really nice events, and we execute them as well as in the restaurant,” Mitchell said. 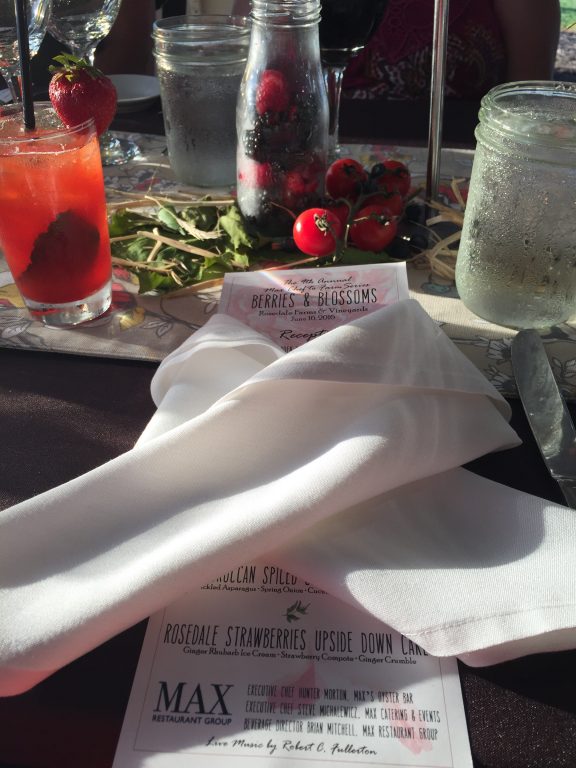 All of the dinners include a reception, dinner, wine and other beverages, and entertainment.

What’s also important, Morton said, is the charitable component. Most of the events include a donation to the Connecticut Farmland Trust, and HOPtoberfest is a fundraiser for the Max Cares Foundation.

Prices for the dinners vary, and the complete schedule can be found here.

One of the dinners is completely vegetarian, and most dietary restrictions can be accommodated for any of the dinners, but should be advised in advance.

While the themes are set in advance, menus aren’t finalized until Morton and his team know what ingredients are ripe and ready. He also looks back at past favorites. “I always sit down, look at years past – maybe a dish was great and we can build on it.”

Simple, fresh ingredients – in a natural setting – make the dinners extra special. “As I’ve progressed as a chef, less is more,” said Morton.

For more information about Max Restaurant Group, visit their website.