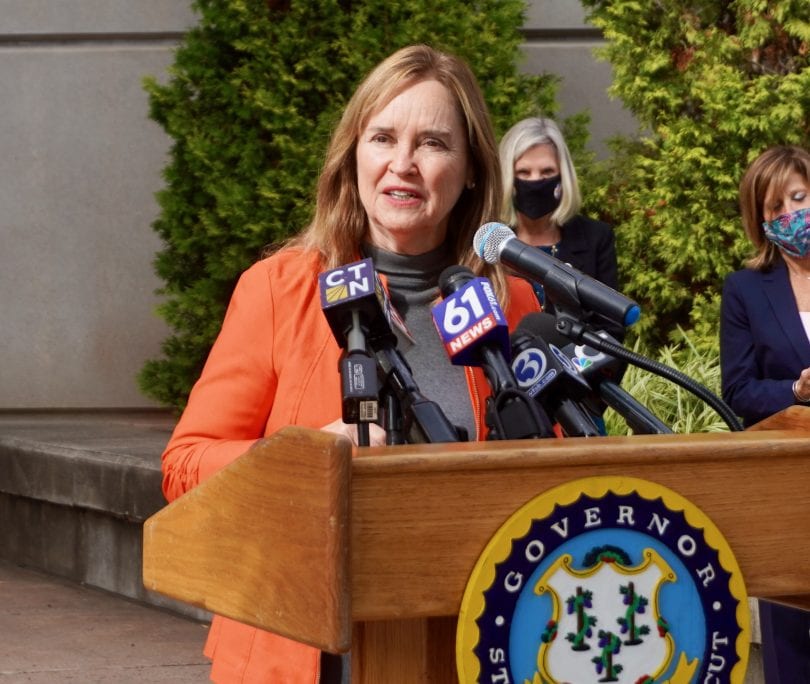 West Hartford’s legislative delegation has expressed support for an expansion of mail-in voting. 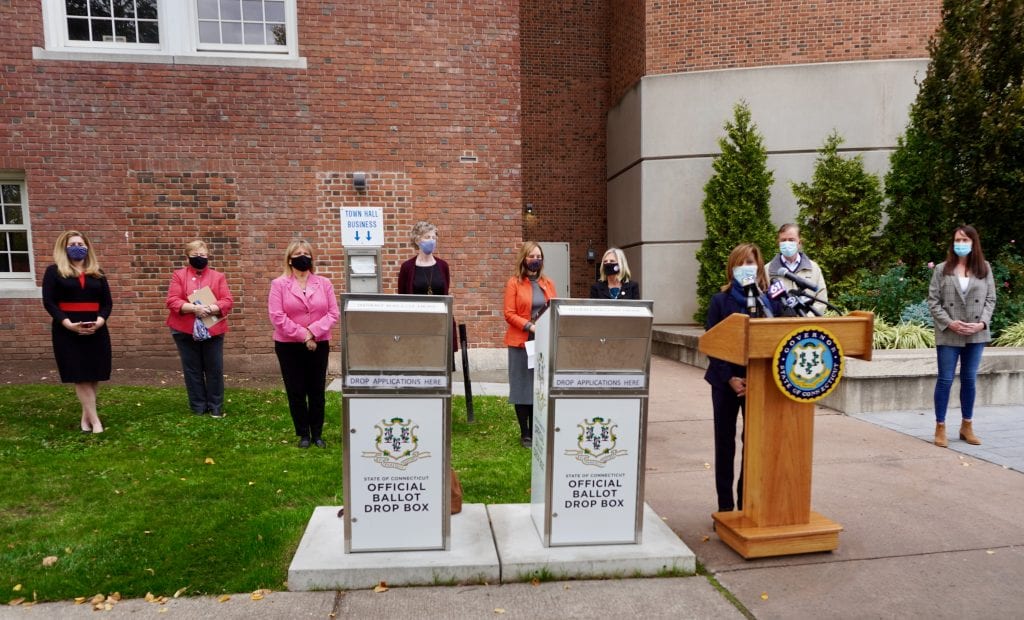 More than 650,000 Connecticut residents voted by absentee ballots this year under a temporary policy to reduce the spread of the coronavirus. Secretary of the State Denise Merrill signalled Wednesday she would renew efforts to make that option permanent.

“The genie is out of the bottle on absentee voting,” Merrill told reporters Tuesday night, deeming the effort a success. “People really want these options.” According to her office, Connecticut is one of only six states that does not permit some form of voting ahead of elections.

But giving people those options here is not as simple as passing a bill and changing a state law. That’s because Connecticut’s constitution contains specific language that has prevented proponents in the legislature from changing the law to allow voters to cast absentee ballots beyond a handful of “excuses.” And changing the constitution is a difficult and complicated task.

To clear the way for absentee voting, proponents need to get the public to approve a resolution during an election. But even putting the question in front of voters is complicated.

Both chambers of the legislature must approve a resolution with 75% majorities – meaning support from 114 of the 151 state representatives and 27 of the 36 senators – to give voters the chance to weigh in during the next general election. However, if one of the chambers fails to meet that 75% threshold in passing the resolution, then two consecutive legislatures must approve the resolution before putting the question to voters.

So the best-case scenario for people who want to be able to vote by absentee ballot in every election depends on proponents like Merrill convincing 75% of lawmakers to pass the resolution in 2021 and voters approving the question at the polls in 2022. That would enable lawmakers to change the law, likely in the following year.

This has been tried before. In fact, the question made its way to Connecticut voters in 2014 and they rejected it.

Merrill is hoping that this time will be different.

“Now that voters have been able to vote by absentee ballot if they choose, it is manifestly unfair to tell them they cannot vote the way they wish in the future,” she said in a press release. “The legislature should pass this constitutional amendment this year, and with a 75% supermajority so voters can have their say in the next election.”

She may have an easier time meeting that 75% threshold in January. As of Wednesday afternoon, Democrats appeared on track to broaden their majority leads in both chambers.

There is a second path to expanding voting access in Connecticut that is already underway.

Last year, the legislature considered a similar constitutional amendment on early voting. Although the amendment cleared its first hurdle with a supermajority of support in the House, it saw more resistance in the Senate. There, it fell short of 75% support, passing 23-13 as only one Republican, Sen. Tony Hwang of Fairfield, joined Democrats to approve the resolution. Supporters will need to pass the early voting measure again by a simple majority next year before sending it to voters in 2022.

Even if Democrats manage to secure what seems likely to be a 24 to 12 majority in the Senate, they will still need some Republican support to reach the necessary 27 votes to send the no-excuse absentee voting question to the people to decide by 2022. Should it fail to achieve the required supermajorities, the earliest voters could choose it would be 2023.

“Voters should be allowed to decide for themselves if they would like more options to vote, as voters have in the vast majority of other states. Connecticut voters should not have to wait years to make it easier for them to cast their votes and make their voices heard,” she said.