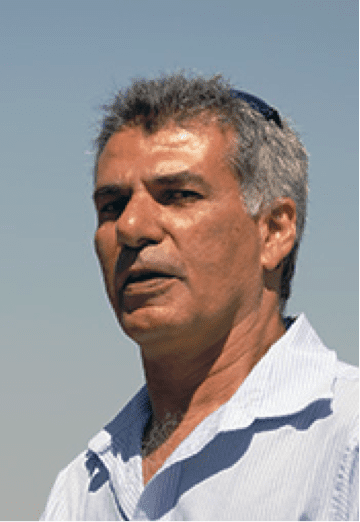 A seasoned intelligence analyst will explains the driving factors behind Middle East tensions in this free program co-sponsored by West Hartford-based Jewish Federation of Greater Hartford and the World Affairs Council of Connecticut.

What is the most significant geostrategic development in the Middle East today, and what impact could it have in reshaping the region? Who are the major players and what are their interests? Who are the pawns and what is their role?

Internationally renowned intelligence expert Avi Melamed will share his perspective at a free community briefing on Wednesday, Nov. 8, 2017. Melamed’s presentation, “The Middle East 2017: The Game of Pawns,” will take place at 6:30 p.m. at Infinity Music Hall & Bistro, 32 Front St., Hartford. The program is presented by the World Affairs Council of Connecticut and the Jewish Community Relations Council, part of the Jewish Federation of Greater Hartford.

Melamed is the Salisbury Fellow of Intelligence and Middle East Affairs for the Eisenhower Institute, a former Israeli intelligence official and senior official on Arab affairs and an expert on current affairs in the Arab and Muslim world. During his decades of public service, Melamed has held high-risk government, senior advisory, intelligence and counter-terrorist intelligence positions in Arab cities and communities throughout the region – often in very sensitive times – on behalf of Israeli government agencies.

His latest book, Inside the Middle East: Making Sense of the Most Dangerous and Complicated Region on Earth, was published in March 2016. Melamed is a frequent contributor to many news outlets, including ABC News, Bloomberg, CNN, NBC, USA Today, The Wall Street Journal, Al Jazeera, BBC Arabic, Forbes, The Hill, Real Clear Politics, and more.

“The Middle East 2017: The Game of Pawns” is free and open to the public. To register, visit bit.ly/GameofPawns.

The World Affairs Council of Connecticut (CTWAC) is a nonprofit, nonpartisan organization that promotes greater awareness and dialogue on important global issues. With an emphasis on community engagement and collaboration, the Council creates experiences that explore critical global issues and promote a greater understanding of the world.

Jewish Federation of Greater Hartford protects and enhances the well-being of Jews worldwide through the values of tikkun olam (repairing the world), tzedakah (charity and social justice) and Torah (Jewish learning).