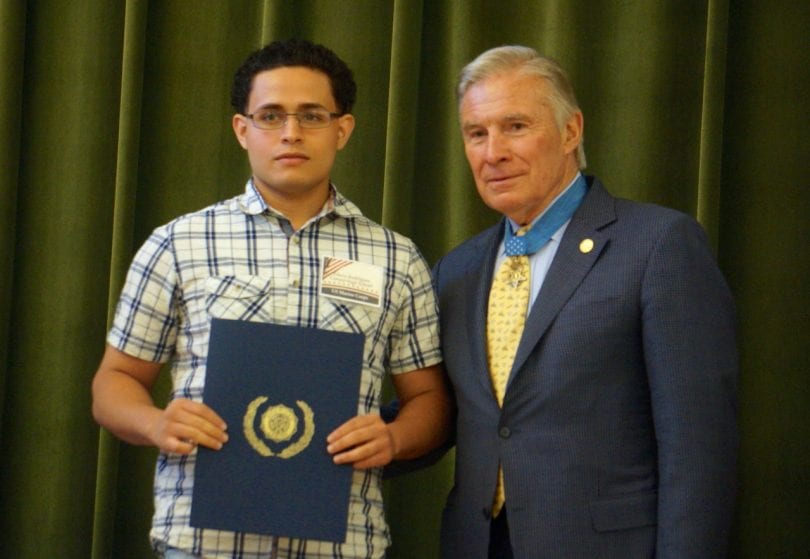 Local high school students who will be joining the military after graduation gathered in the  West Hartford Town Hall auditorium Tuesday to join their parents, families, and guest speakers in a ceremony to salute their courageous decision. 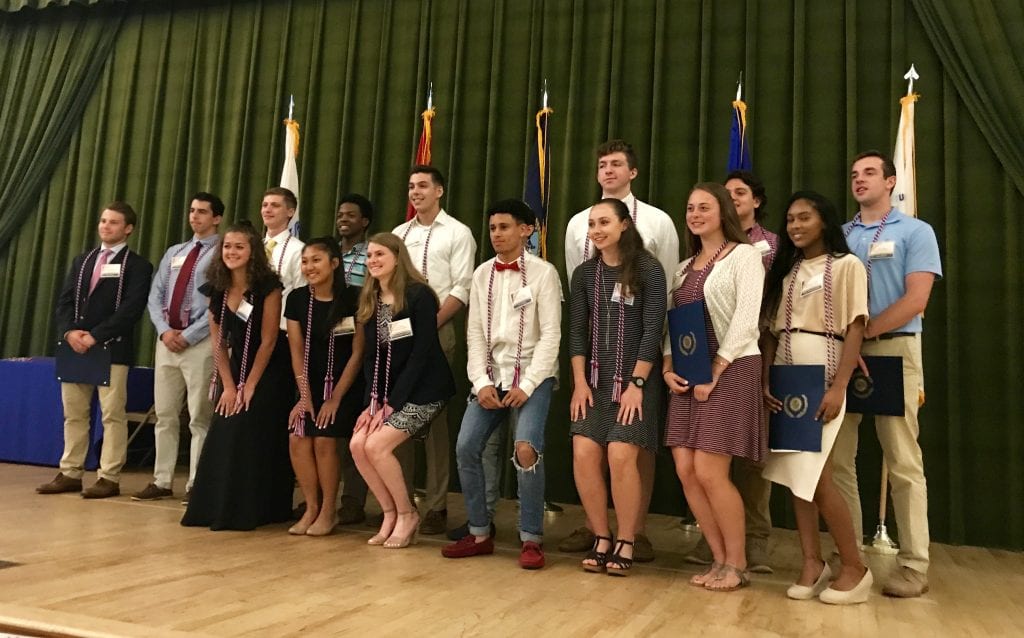 West Hartford students who will be joining the military after graduation attended a ceremony in their honor on Tuesday, May 30, as representatives of the American Legion and educators congratulated the students on their decision to serve the United States of America.

The Class of 2018 Military Inductees Ceremony was presented by American Legion Hayes-Velhage Post 96 and West Hartford Public Schools to salute the 23 students who represent each of the seven branches of the United States military.

“The young patriots we honor this evening are the best of the best,” said Chaplain Anthony J. Bruno (LTC) as he opened up the evening’s event with a prayer of gratitude toward the young men and women.

Throughout the ceremony, several speakers, including retired military personnel and a current ROTC student from West Hartford, presented advice as well as words of thanks and gratitude towards the students.

“I wanted to try something different for my life and my family,” said Conard High School senior Edwin Rodriguez as he shared what influenced his decision to join the military. Rodriguez, who is excited to join the U.S. Marine Corps in just a few months, explained that he has been considering the military for nearly three years now and wanted to take advantage of the opportunities that he was given to have new, memorable experiences as a Marine.

Adam Giroux, who was honored last year at the Class of 2017 Military Inductee Ceremony, is now a member of the ROTC Naval program at Fordham University and provided advice to the soon-to-be graduates. He shared that some of his best friends are his classmates in the ROTC program. Giroux said, “I would not have as high praise for the program or learn as much if I did not have my friends from [the program],” and encouraged each of the students to make the most of their time in their respective programs.

The Conard High School Solo Choir offered a special tribute to the students by singing “God Bless America” as well as “American Soldier,” a song by country artist Toby Keith. Maggie Noble, a member of the choir as well as an inductee who will be attending Bridgewater State University and joining the Air National Guard with the hopes of becoming a pilot, said “I really feel these songs…[the lyrics] are going to be me in a few months.”

Each of the students in attendance received a chord to be worn at their graduations, a certificate of honor, and a coin to commemorate their courage and sacrifice to serve. The ceremony was concluded with closing remarks from Mark Zydanowicz from the West Hartford Board of Education and a closing prayer by Fr. Bruno.

All of the students who were honored in the event are listed below: 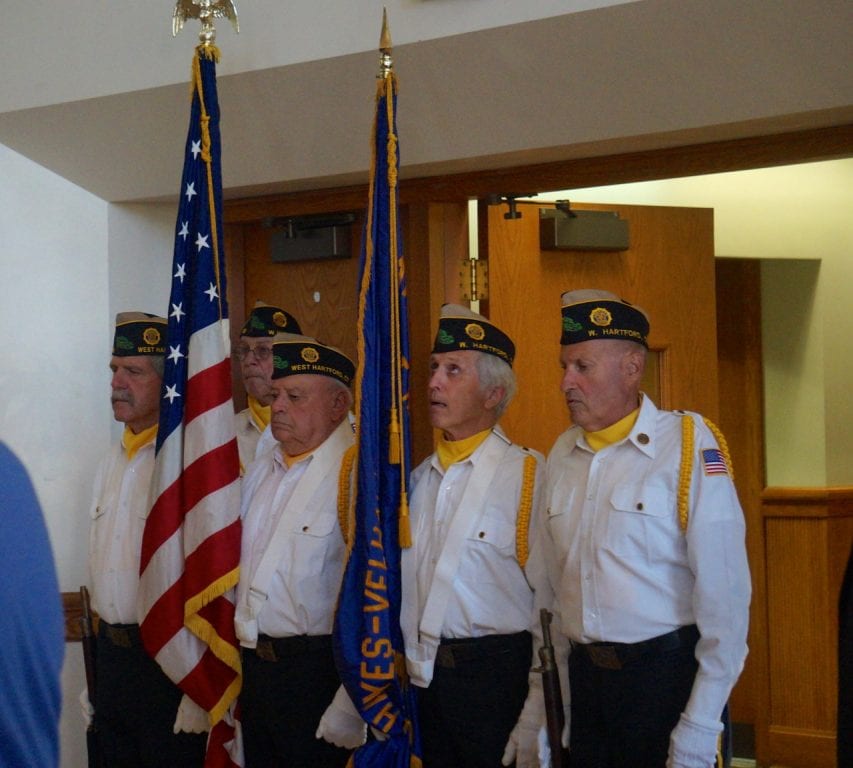 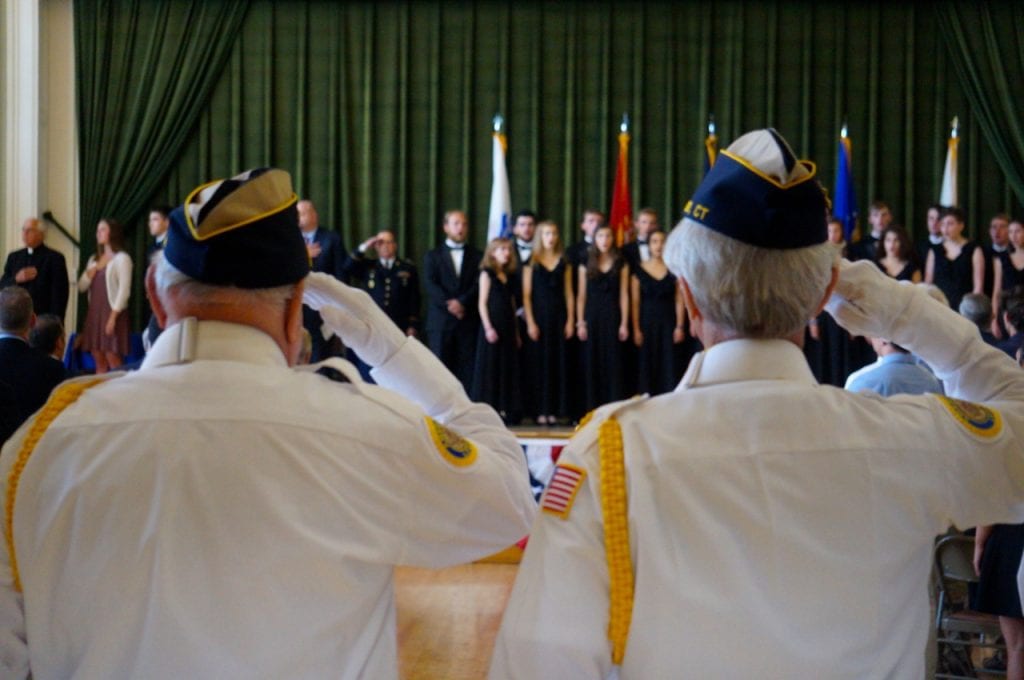 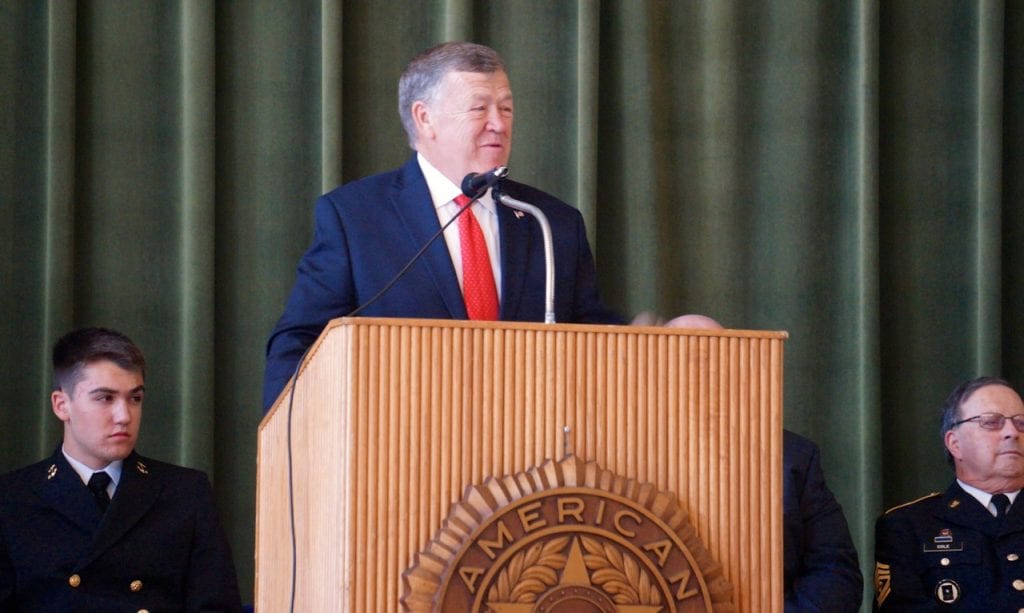 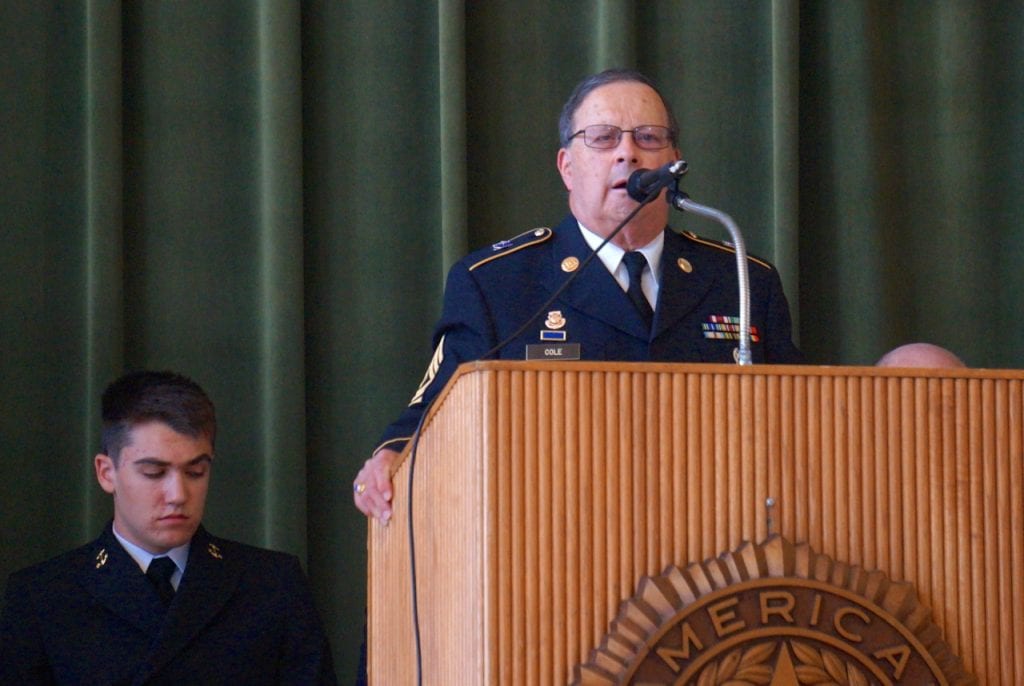 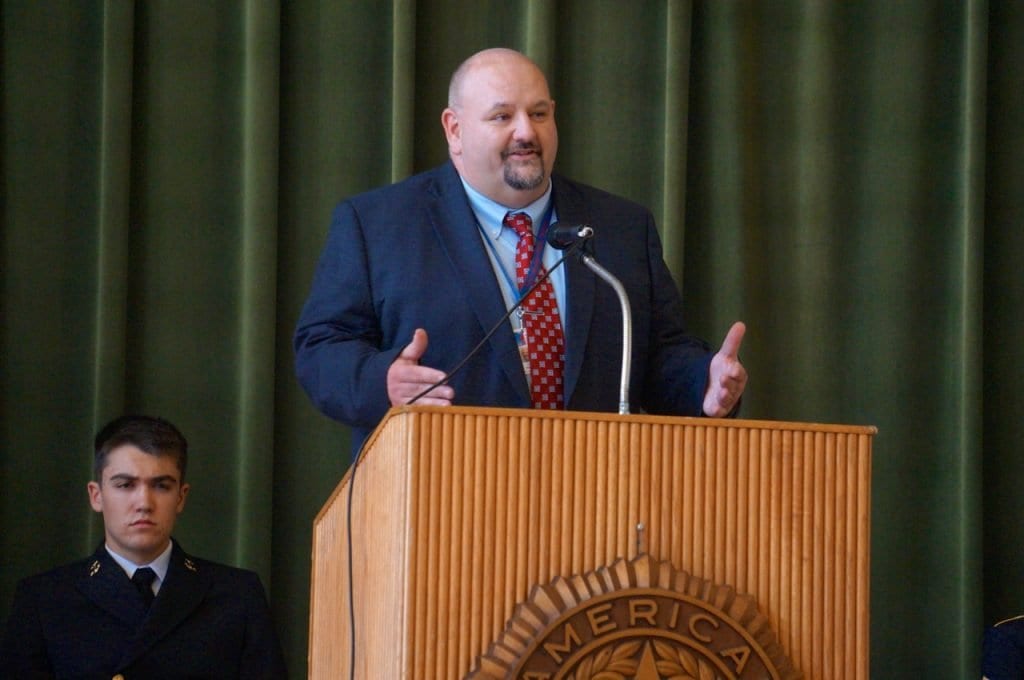 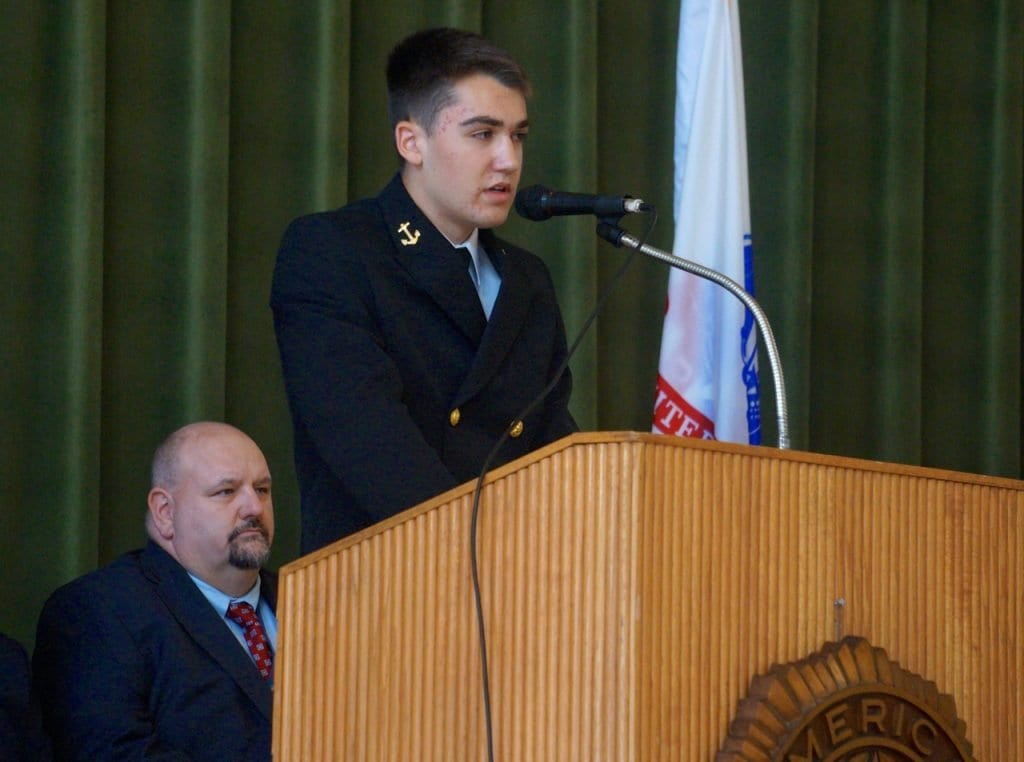 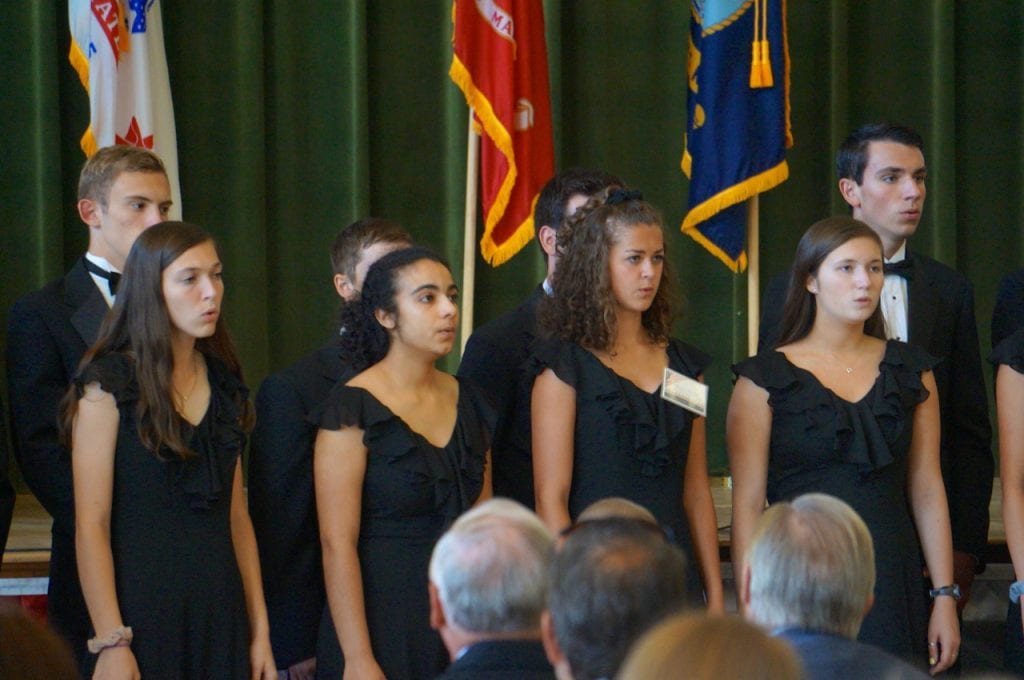 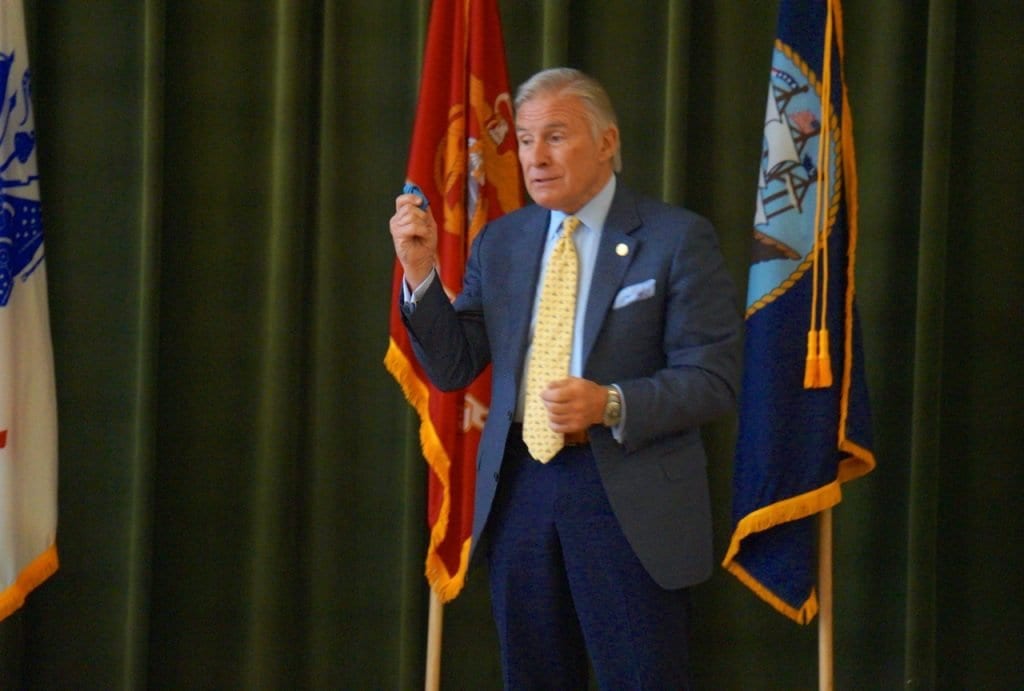 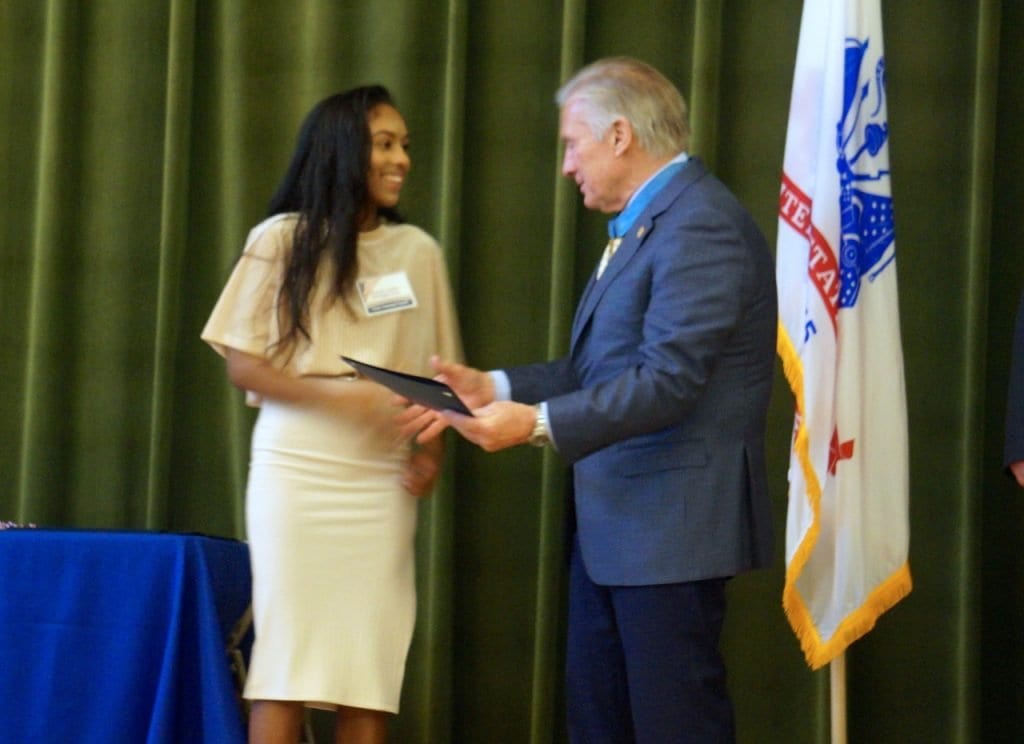 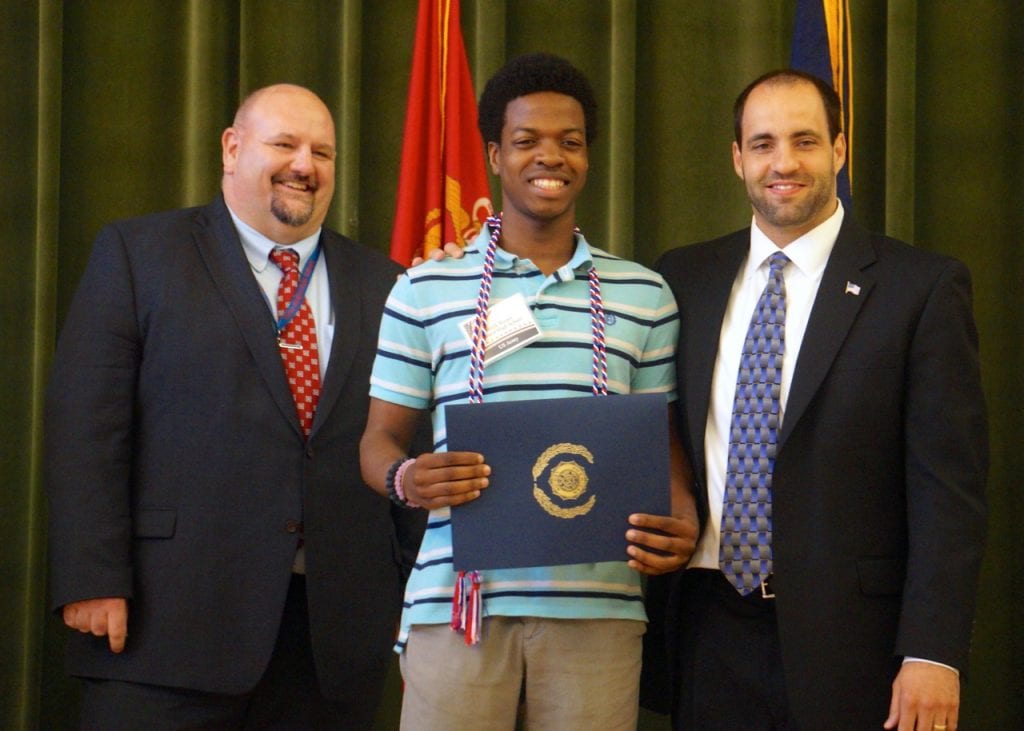 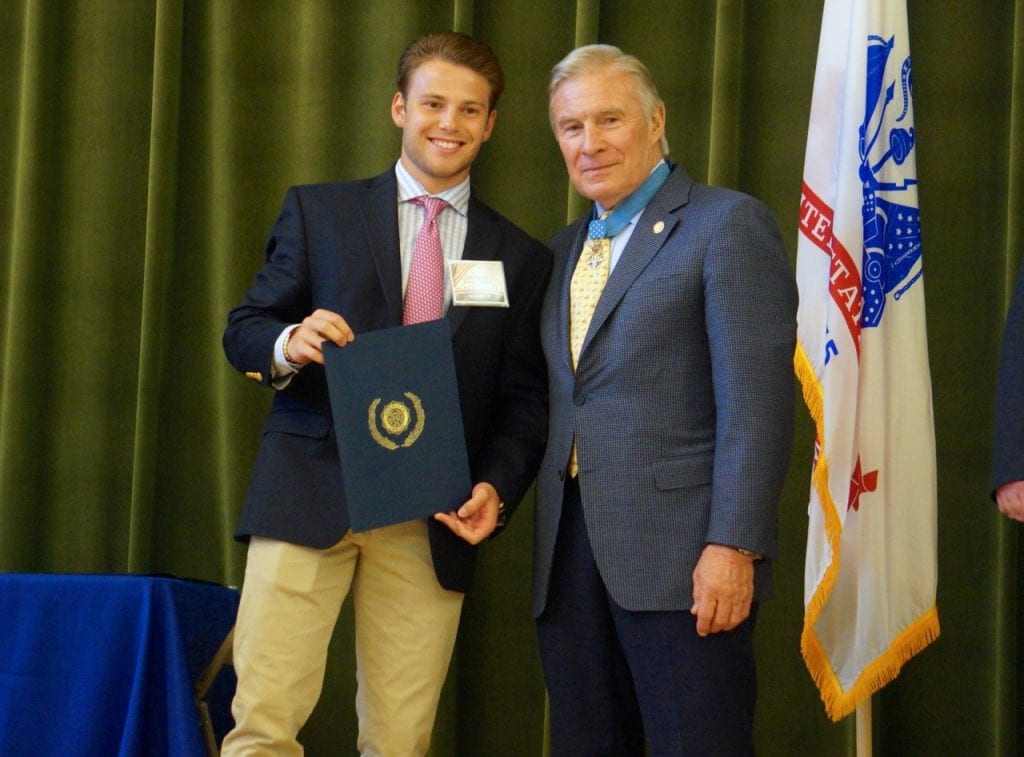 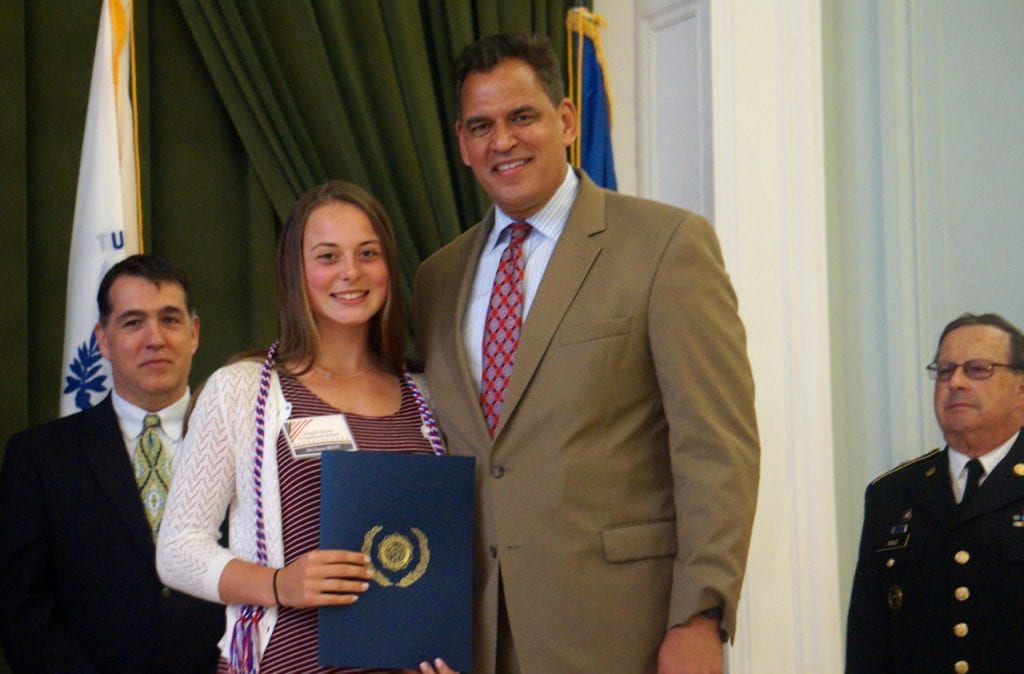 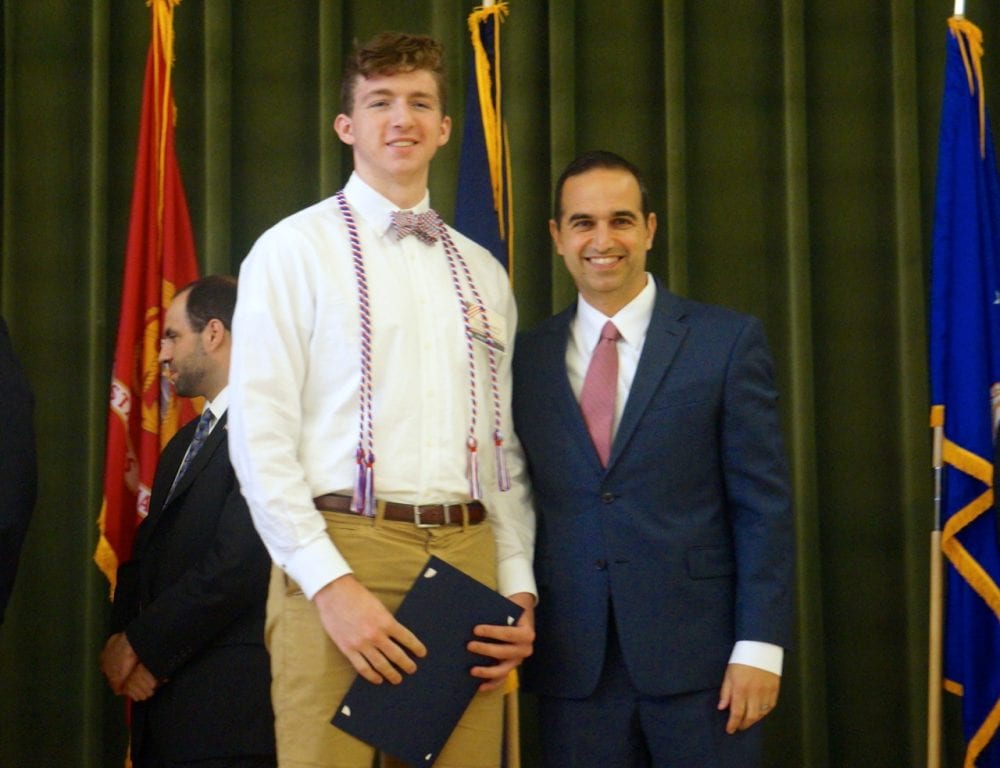 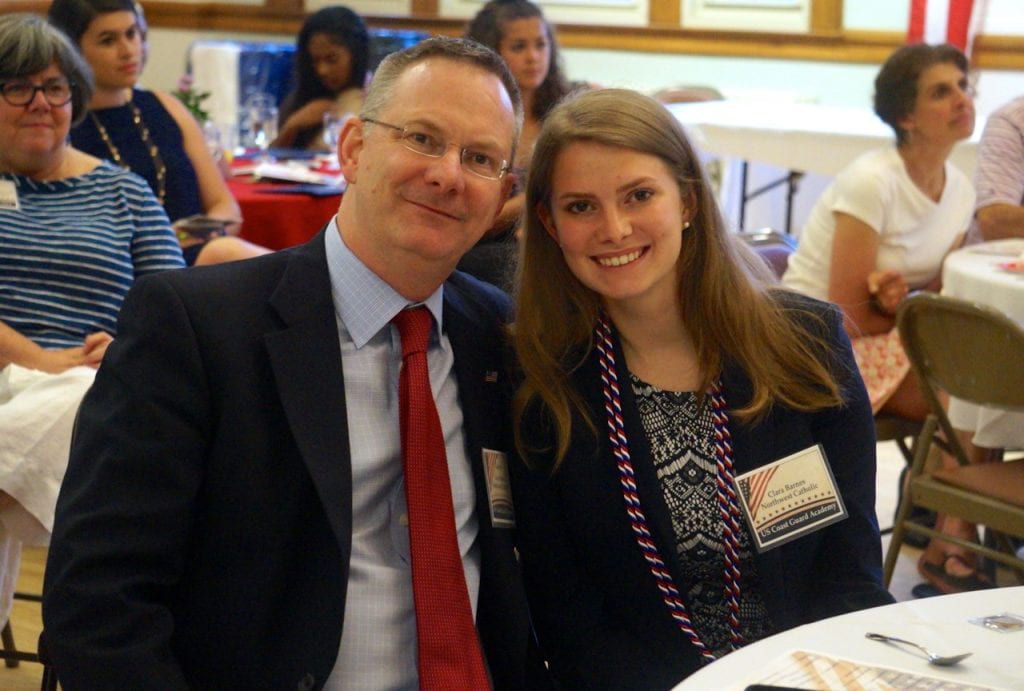