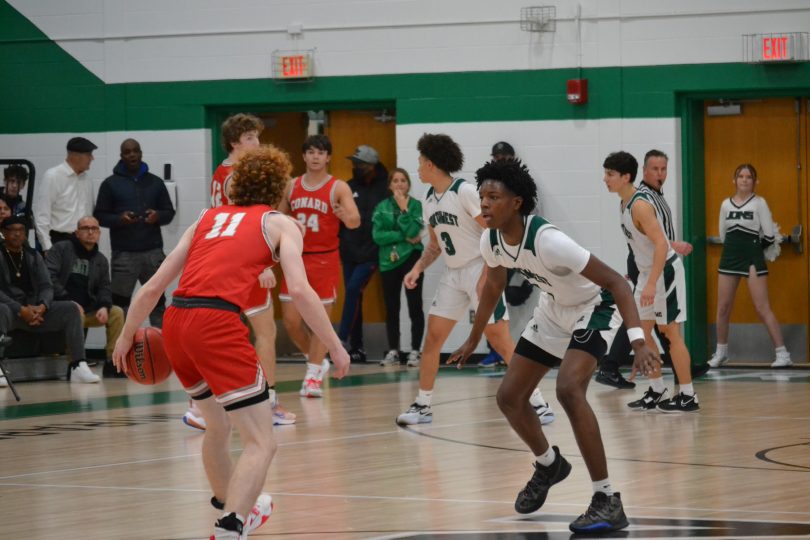 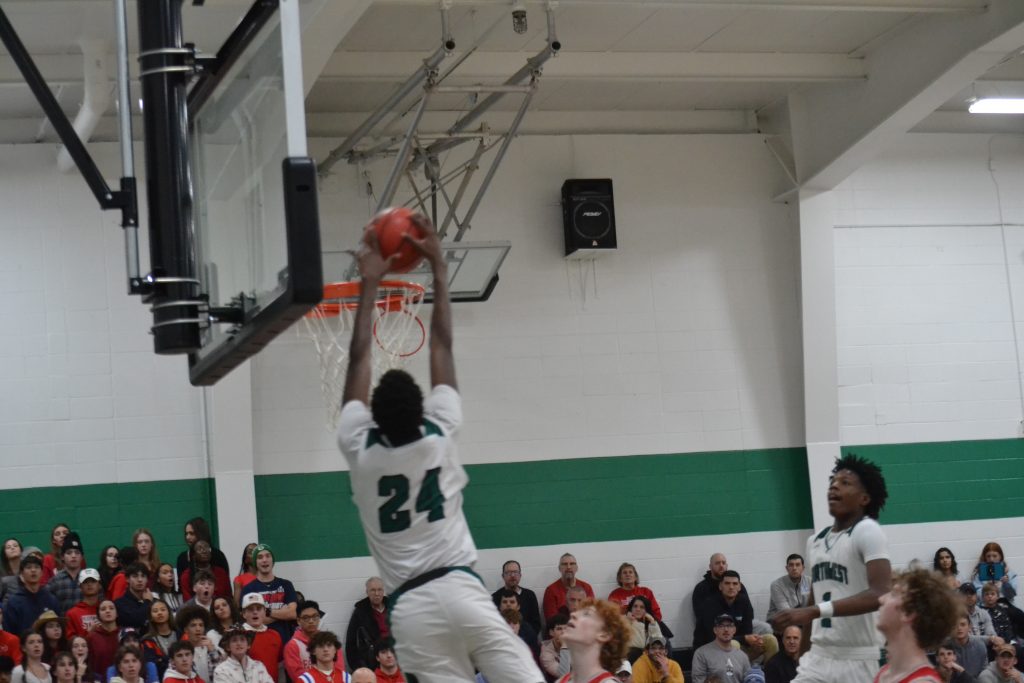 What’s worse than missing a trio of senior starter from your starting five? Missing those three and facing one of the state’s best boys basketball programs on their home court.

That’s exactly the scenario the Conard boys basketball team faced Tuesday when they entered the Lions den at Northwest Catholic.The Red Wolves played tough early, but the size and shooting of the Lions was too much to overcome as Conard fell 74-53. 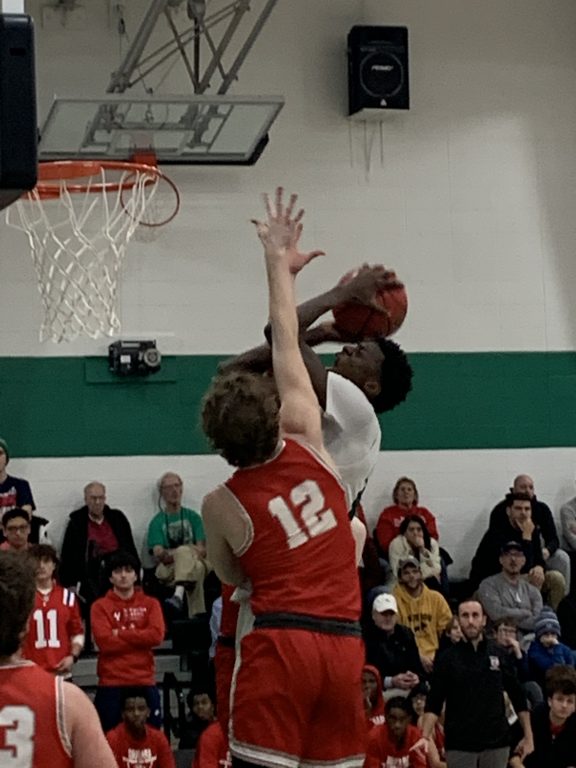 The matchup featured three players who are already all over the radar of Division I programs. Riley Fox of Conard and London Jemison of NWC are juniors, while Badara Diakite is just a sophomore for the Lions. None disappointed in the contest, but one other Lions player added his name to the ones to watch list – Gianni Mirabello. The junior co-captain at Northwest was lights out from 3-point range, often crashing any momentum Conard was building.

“Gianni is one of the best shooters in the state,” said Conard head coach Jared Leghorn. “He had some real dagger 3s late in the game.”

Mirabella went for 20, Jemison 19, and Diakite led the home team with 22 points. Jemison and Diakite showed off their inside skills and their ability to dunk the ball on several occasions. The Lions used a successful transition game to push the tempo and built a 1-point lead after the first quarter into 7 at the half, 16 after three, and the final margin of 19.

“They are really big and really good,” Leghorn said of the Lions. “We just didn’t quit and we came back unfazed.” 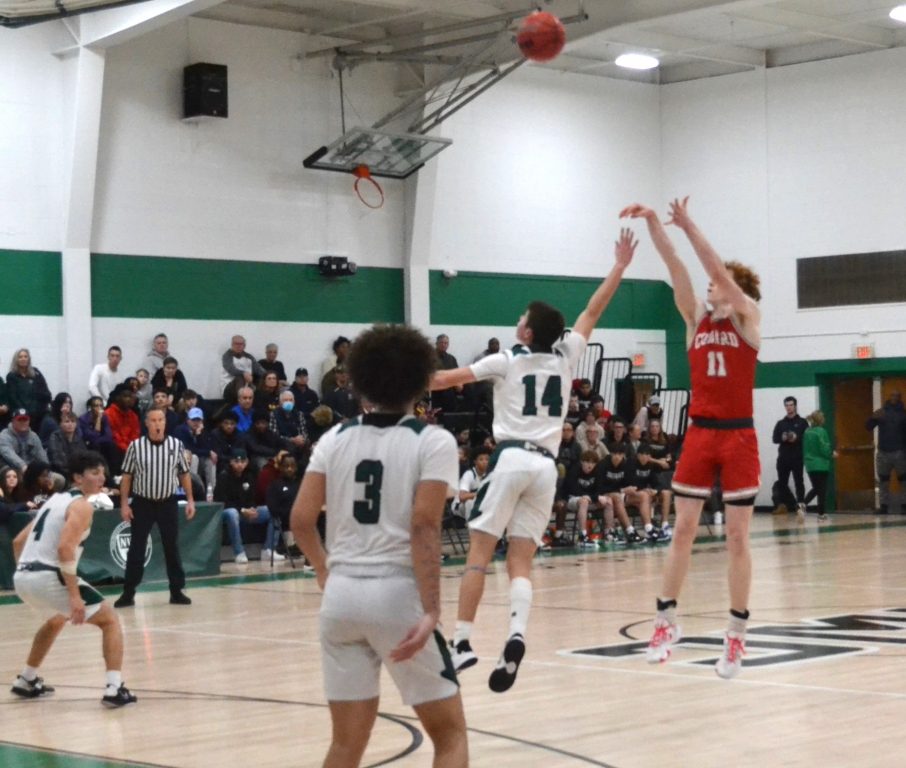 Fox led all scorers with 36 points and is now just seven away from 1,000 in his career. He also is on course to set a new school record – if not this season, then next season. That mark currently sits at 1,200 career points.

Fox and Diakite traded the game’s first three baskets and Conard would run out to a quick 7-2 lead. But missing big man  Ryan Bushman, ball handler Declan McCann, and Kyle Barnum, Conard just didn’t have the horses to stay in front. The good news is McCann is expected back in a week and Bushman in February, but the bad news is that Barnum is out for the season. Their absences are giving other players – like Okechukuwu Momeka, Aidan Fox, and Jayden Schuler – valuable playing experience early in the season. “We are on a great trajectory considering we are down three starters,” Leghorn said.

The Lions took their first lead of the game at 9-7 with 3:43 to go in the first, and never trailed again. Like in the first, Fox and Diakite exchanged a basket and a 3-pointer early in the second and the game was tied at 19. But Northwest, using its speed, size, and running game, managed to push that lead to as much as 12 before Conard crawled back to trail 34-27 at intermission on Fox’s 3 at the buzzer. At the half, Fox led all scorers with 18, while Diakite had 14. 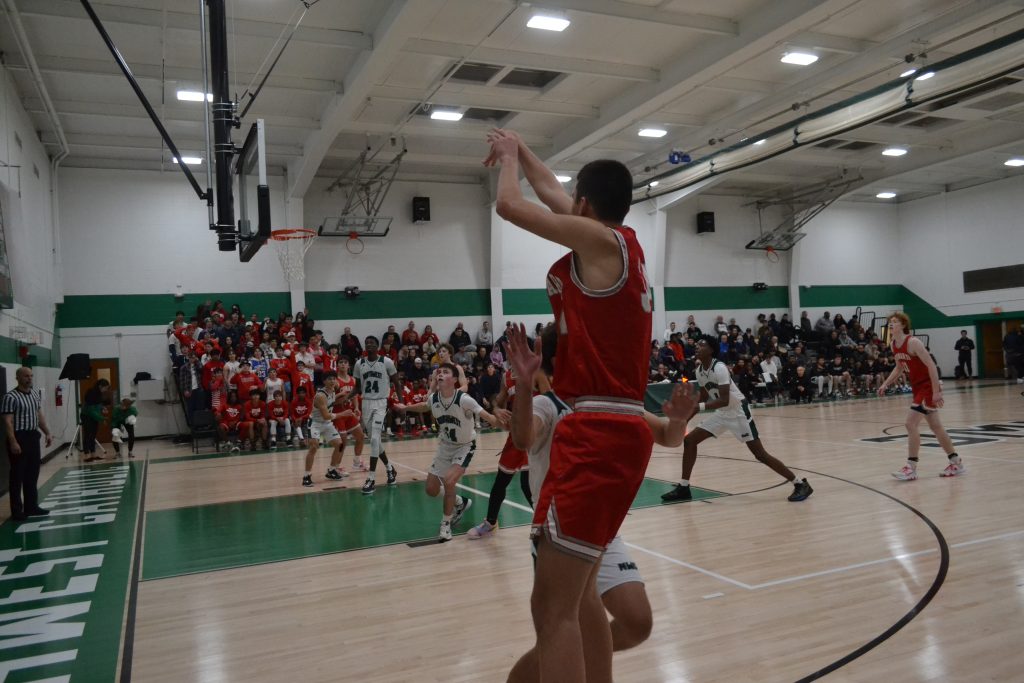 The third quarter was when Mirabello really started to shine. His coast-to-coast lay in with 3:51 to play put the Lions up 14. He would later hit a 3 and then another lay in off a steal to make it 54-40. Jemison put the emphatic exclamation point on the third with his slam dunk as the buzzer sounded to make it a 16-point lead.

Northwest’s balance and skill level was on display in the fourth as they ran the ball, shifted to a full court press, scored from 3, mid-range jumpers, and slam dunks. Mirabello owned the fourth as he rained down the long-range shots, with Diakite and Jemison working inside on both ends of the court. Diakite showed he has all the tools and even when he didn’t get the shot block, he forced Conard players to alter their shots, or just pull the ball outside to start over again.

Conard continued to play tough, but several untimely cold-shooting streaks in thee second half kept them from making a serious run at the score. Fox would get the Red Wolves’ final points with his 3 with 90 seconds to go, and NWC ended it with yet another dunk from Jemison. 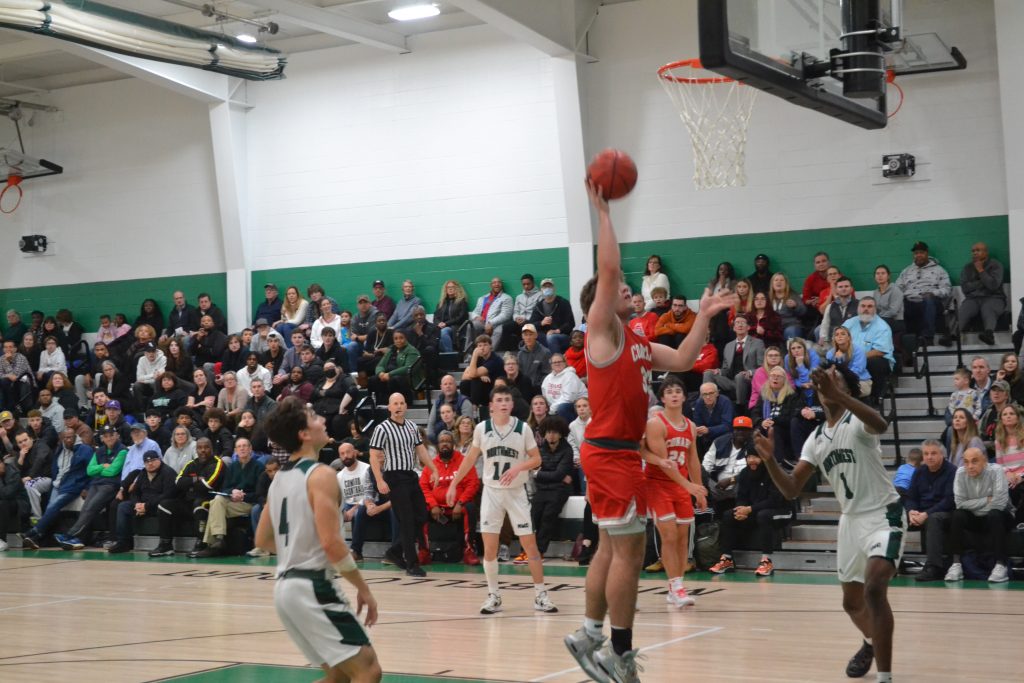 The loss drops Conard to 3-2 on the season and snaps a three-game win streak. Up next are two more road games – at Middletown and then at Manchester – before coming back home on the 10th against Southington.

The Lions stay perfect at 5-0 and will wrap up the week at Manchester on Thursday before hosting RHAM on Saturday afternoon. 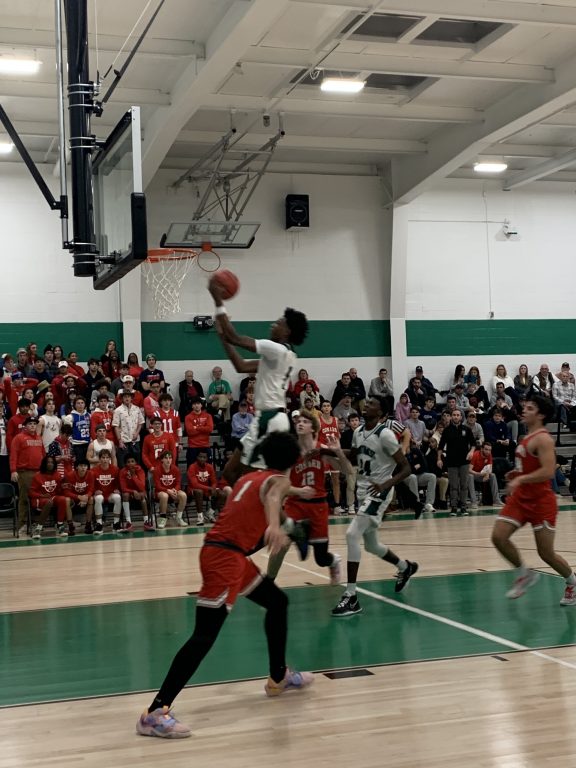