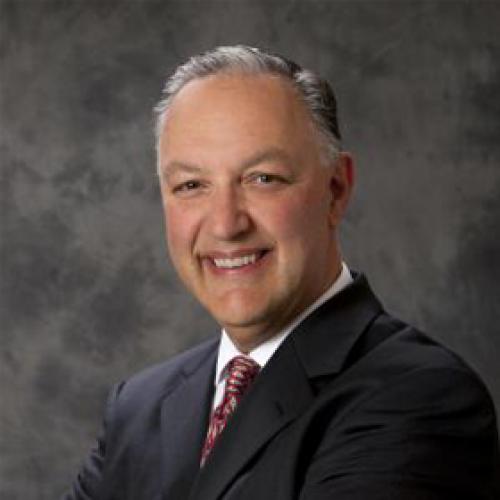 A former World Trade Center executive lost many co-workers on Sept. 11, and for 20 years has continued to devote himself to helping others.

On the morning of Sept. 11, 2001, Joe Spalluto could have been sitting at his desk in the offices of Keefe, Bruyette & Woods, an investment firm housed on the 88th and 89th floors of the World Trade Center.

But he wasn’t. Instead, he was driving his oldest daughter, Maureen, to Saint Timothy’s Middle School in West Hartford.

In an ironic twist of fate, Joe Spalluto was in Hartford and not New York that infamous morning – to attend his father-in-law’s retirement party.

Except there wasn’t any retirement party planned. In fact, it was all a ruse his wife, Ellen, cooked up to keep secret a surprise party Joe’s coworkers at KBW’s Hartford office were planning to throw him that day to celebrate the busy executive’s 20th anniversary with the company.

And so Spalluto found himself in Hartford when he learned what happened on the tragic morning that became known as 9/11 – instead of at his firm’s New York office, where he spent one or two days a week.

“From our offices we would sometimes actually see small planes flying below our floors,” said Spalluto. When he first heard the news, he said, “I thought maybe a pilot had blacked out.”

After dropping off Maureen at school and heading to KBW’s office in the Gold Building in Hartford, Spalluto began trying to reach his coworkers in New York via the office phones and then through their cell phones. “I couldn’t get through to anybody,” he recalled.

At the office, he and his coworkers in the Hartford office watched the scene at Ground Zero unfold live on television.

“People told me that they had been on the phone with the New York office – typically at that hour of the morning our trading desk in Hartford would be talking to the traders and salesmen in New York – and they just lost connection,” he said. “At first, the guys in New York had said there was a major boom. They looked next door and all they could see was paper flying all over the place. The building next door had been hit and within minutes, obviously, our building was also. We literally watched our building come down before our eyes on TV. We lost 67 colleagues in the mayhem.”

Spalluto and his colleagues in the Hartford office immediately began assisting the victims’ families.

“Pretty soon we became the clearinghouse for all information related to the building collapse because the New York office was obviously decimated, and we didn’t know where people were, but we were the one place people were calling and asking, ‘What do you know?’ ‘What have you heard?’ ‘Do you know where my loved one is?’” he said.

The Hartford office’s phone number even went out on CNN for those needing information about KBW employees.

“One of the things we started to do pretty quickly is create a list of everybody in the firm. The problem was we lost all the personnel records. It’s not like today where everything is digitized, and the offices are networked. Everything had to be from memory. We had to pool all the data that we knew and really identify who was in the building, how to reach their loved ones, where they lived. We collected all this information, then I’d say within a couple of days, we had a pretty good snapshot of who was accounted for and who wasn’t.”

Spalluto and 20 other senior staff became “shepherds” – each one specifically assigned to two or three families – who going forward would be their contact person for information about their missing loved one. They also made sure benefits were in place for the families – including, after the dust settled, college funds for victims’ children.

For weeks they attended the funerals of their deceased colleagues – sometimes three in a day.

And they made the decision to rebuild Keefe, Bruyette & Woods. They found space in a midtown Manhattan office building, began hiring – growing to more than 400 employees – and went public in 2006.

“We were able to rebuild the firm with a core group of people who survived, and grow,” Spalluto explained. “The firm was very successful before this happened. But I don’t think that any of us would ever forget that opportunity and that success was built on the backs and the efforts of those who came before us. Every day, for me personally, it is important to find a way to make sure that their memory, their legacy, isn’t forgotten.”

To that end Spalluto has been involved in “9/11 Day,” a program founded in 2003 by public relations executives David Paine and Jay Winuk, who lost his brother, Glen, an attorney and trained EMT, on 9/11.

“Jay and his family and friends talked about this and said it would be really sad if on the anniversary of this tragedy every year, all we talked about and remembered is how sad, how ugly it was. They said, if we allowed that to be the way this story gets told, shame on us,” Spalluto said. “We ought to try to make something good come out of this because God knows we’re going to remember this day every year.”

Originally called “My Good Deed” and now called “9/11 Day,” Winuk gathered supporters from many of the firms that lost employees on 9/11.  The goal was to encourage people to do any good deed of their choosing on September 11.

“If you remember, for weeks and months after 9/11 everybody treated everyone else with a little more deference and kindness. It was remarkable,” Spalluto recalled. “[Winuk and his group] said wouldn’t it be great if for one day we recaptured some of that goodness and really made sure those lights weren’t totally lost.”

Spalluto, chairman of 9/11 Day, has been in New York each year for the volunteer effort.

“9/11 Day has taken on a life of its own, and really that’s what we want,” Spalluto said. “The hope is it lives on long after us. … Let’s remember, for sure, but by doing something positive.”

A version of this article originally appeared in the September issue of West Hartford Magazine. To read the entire magazine, click here.