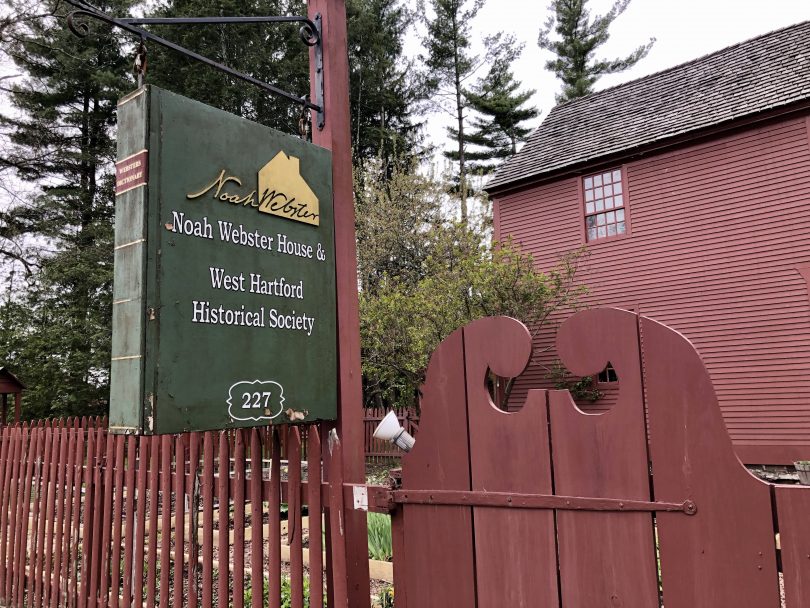 The Noah Webster House in West Hartford is hoping to be able to participate in the program.

Connecticut museums are cheering the governor and legislature’s proposal for free summer admission for children to help closing the learning gap worsened by the coronavirus.

“The primary opportunity is to open the door to every child in Connecticut,” said Matt Fleury, president and chief executive officer at the Connecticut Science Center in Hartford.

The proposed program would use $15 million from the state’s federal recovery funds to give free visits to Connecticut children 18 and under, as well as to one accompanying adult, from July 1 to Sept. 6. Gov. Ned Lamont said in a press release that the funding would be a win-win for the museums and for kids whose education has been deeply impacted by the coronavirus.

“Not only will it help support the continued operation of these museums, but it also provides an opportunity for children who’ve lost out on classroom experience to spend some time this summer exploring new educational experiences,” Lamont said.

The state already has launched initiatives to tackle student absenteeism and disengagement resulting from the COVID-19 pandemic, including the Learner Engagement and Attendance Program. One of its goals is to support student enrollment in upcoming summer camps and summer learning programs.

The museum-related initiative and the rest of Lamont’s allocation of American Rescue Plan Act funds are waiting for authorization from the Connecticut General Assembly.

“All of us are really excited for the opportunity,” Maritime Aquarium at Norwalk President and CEO Jason Patlis said, adding that he’s optimistic that the state legislature will pass it. “We’re eager to welcome people back.”

Patlis said he and his staff are thrilled that the program, if authorized, will remove admission as a hurdle for families that can’t normally afford it.

“This opens up the aquarium to pretty much anyone who’s a Connecticut resident,” Patlis said. “The price of admission is no longer a barrier. We’re particularly excited to be able to reach a demographic of the population that we generally wouldn’t be able to reach otherwise.”

Currently, the Mystic Aquarium, Mystic Seaport Museum, Beardsley Zoo, Connecticut Science Center, and the Maritime Aquarium have expressed interest in participating, according to the governor’s office.

The museums say they have a lot to offer this summer for kids. The Connecticut Science Center, for instance, launched its annual animatronic dinosaur exhibit. It also recently opened an exhibit on DNA and genetics, which Fleury said is timely since it will help people understand how the coronavirus vaccine was developed.

At the Maritime Aquarium, visitors can come see harbor seals at “Pinniped Cove,” which opens June 8, on World Oceans Day. Patlis said it’s the largest exhibit in the aquarium’s history. Children can also enjoy the new 4D theater, where they’ll be rained on by bubbles and sprayed with water while learning about conservation and environmental issues. There is also a sea slug exhibit with 4-foot long sculptures from a Connecticut artist.

The museums also say that free admission will boost tourism. Connecticut is encouraging in-state tourists to stay local through its $1.2 million “Say Yes to Connecticut” campaign.

“We [and the Mystic Aquarium] are two big draws for a town and a region that’s really dependent on tourism,” said Dan McFadden, director of communications for the Mystic Seaport Museum. “The program will bring people to Mystic and they might come down to eat, stay at a hotel and shop.”

The Mystic Seaport Museum has many educational programs planned for the summer as well, including showings of the “Grand Panorama of a Whaling Voyage ‘Round the World,’” which is the longest painting in North America.

Just being out and on the Mystic River is great for kids, McFadden said, who’ve been stuck at home and staring at screens all day.

“Aside from people who’ve had COVID, I think the people who’ve been most victimized by the pandemic have been children,” McFadden said.

Other museums will be called into the program in the coming weeks.

The Noah Webster House in West Hartford hopes that an invitation will be extended soon. The historical site, like many others, was hit hard by the coronavirus pandemic. With visitation slow, it is relying heavily on donations.

“We really appreciate that the governor is thinking about museums at this time,” Executive Director Jennifer Matos said. The facility wants to welcome visitors back for tours and events like its community nights, which will feature vendors and food trucks. “We’re definitely interested in participating in the program.”

The museums say they could not afford to grant free admission without the recovery funding from the ARPA. Lamont’s press secretary, David Bednarz, said it’s still to be determined whether there is another way to fund the program if the legislature does not authorize use of the federal funding.

“This is a really creative way to use some of the Recovery Act money to enable people to come back quickly and in greater numbers,” Fleury said. “That’ll help institutions that really need those customers to come back, but can’t afford to give away everything that we do.”