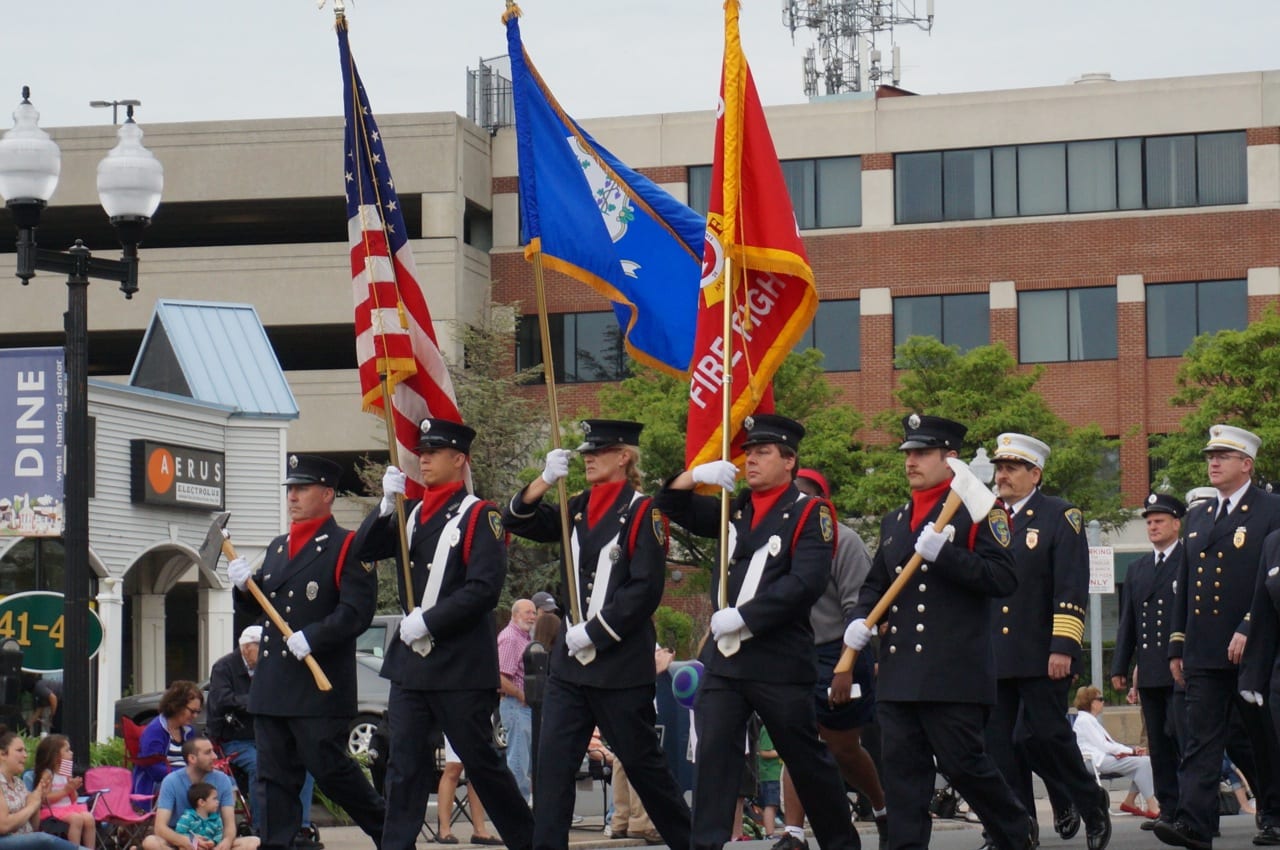 [Updated] A decision was made early Monday morning, and West Hartford’s annual Memorial Day Parade has been canceled for 2017.

The West Hartford Veterans’ Affairs Commission notified Town officials early Monday morning that the 2017 parade would not be held due to the forecast for rain. Many other towns in the area have also canceled their Memorial Day parades.

West Hartford will hold its annual Memorial Day Parade – a tradition that was established in the 1920s to welcome veterans home from World War I – on Monday beginning at 10 a.m.

Town Manager Ron Van Winkle, a Vietnam War veteran who will retire at the end of June, will serve as grand marshal.

All veterans are welcome to join the parade, either in a group or alone, according to the West Hartford Veterans Commission.

This year’s parade will honor the 50th anniversary of America’s increased involvement in the Vietnam War, and parade organizers have asked each participating group to do something to honor a Vietnam veteran if possible. Honoring veterans of other periods is also encouraged since the parade is intended to honor all American veterans, organizers said.

The Celebrate! West Hartford committee will honor former long-time committee member Howard Katz, a United States Air Force lieutenant who was a member of ROTC at UConn and served from 1959-1962 at bases in the U.S. and abroad. He died on April 14, 2017, at the age of 80.

The parade will begin at Farmington Avenue and Woodrow Street and will end at Town Hall, and the reviewing stand will be at the south end of Goodman Green. Click here for the parade orders.

Last year’s parade was canceled due to rain. Prior to that the last cancellation was in 2003. There is no rain date and units will be informed as soon as possible if weather requires the cancellation of the parade this year. We-Ha.com will provide that information as well.

Any questions can be emailed to [email protected].

A brief memorial service will be held at the West Hartford Veterans Memorial, located at the corner of Farmington Avenue and North Main Street, and all are encouraged to attend. If the parade is canceled due to rain, the ceremony will take place at West Hartford Town Hall, in the Council Chambers Room 314.

Parking is free all day on Monday, May 29 at all municipal parking sites. However, on-street parking is prohibited beginning at 12:01 a.m. on May 29 until the parade is completed on the following parade route streets:

Trash collection, “B” week recycling collection, and bulky collections will be delayed during the week of May 29 due to the Memorial Day holiday.

According to Paine’s, Monday’s collection will be done on Tuesday and all other collections will also be moved ahead one day.