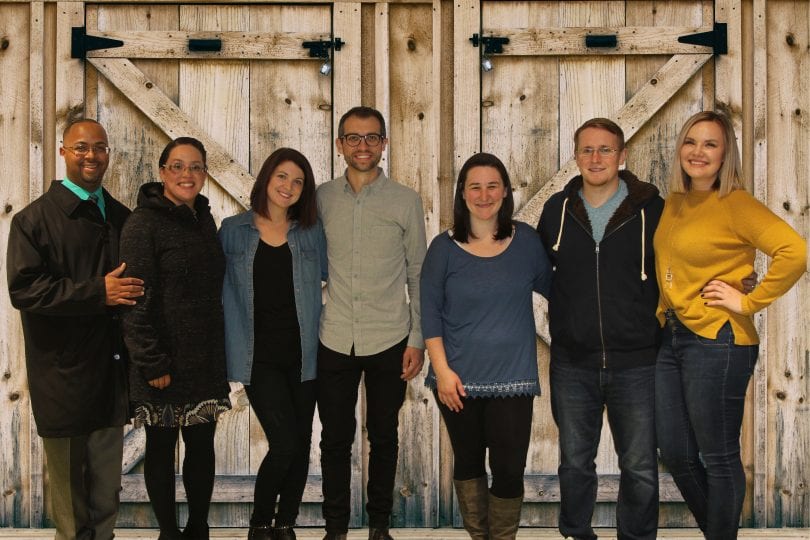 Christan and Brad Causey recently moved to West Hartford, and will be officially launching their new church, Essence Place, on Sunday, March 18. 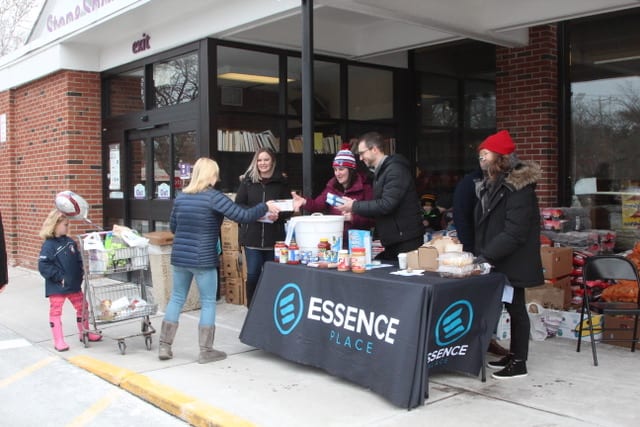 Christan Causey and her husband, Brad Causey, see West Hartford as the ideal location in which to form a new church based on fellowship and building a strong community.

The Causeys are natives of the Midwest, and both are ordained ministers affiliated with Assemblies of God, a Pentecostal Christian denomination. They moved to the Northeast about a decade ago, and most recently were working as staff ministers in Springfield, MA.

“A couple of years ago, we both felt like we wanted to step into a lead pastor position,” Christan said in a recent interview. They then needed to make a decision about joining an established church, or starting a new one from scratch.

“In our faith, we felt very drawn to start a new church,” Christan said, and the quest for an ideal location led them to West Hartford.

“We wanted to be somewhere we’d really enjoy living,” she said.

On March 18, at 10:30 a.m., in the auditorium of Charter Oak International Academy, Essence Place will officially be launched.

The name of the church – Essence Place – is unique, and doesn’t sound like a “typical” church name.

“What did we want the church to be about?” was what led them to the name choice, Christan said. “We’ve learned, in our own journey, that we are whole beings.” While churches treat spiritual health, they believe a holistic approach, caring for the whole person as God does, is important.

“Essence” is synonymous with “core and soul,” Christan said. And they believe that the “essence of who we are is found in God.”

Starting a new church is very similar to starting any new business, Christan said. They needed to find a location, raise funds, put together a team, and file paperwork with the Secretary of State’s office – not necessarily in that order. Because they are starting from scratch, without members or a steady source of funds, they are very thankful that Assemblies of God has been a partner, providing seed money, mentoring, coaching, and accounting help, and acting as the “church board” on an interim basis.

Thanks to a partnership church in Pennsylvania, and other fundraising, about 80 percent of the start-up financial goal has been met, Christan said.

Getting permission from the town to hold services at Charter Oak was “an answer to our prayer,” said Christan. Most new churches use movie theaters or public schools, and she said Charter Oak is ideal also because of its racially and socio-economically diverse neighborhood.

They’ve chosen to live right nearby, just off Park Road, and the oldest two of their three children are now students at Charter Oak.

When they first decided to launch the church in West Hartford, they considered storefront locations, before discovering Charter Oak.

“We contacted [Principal] Juan Melián, who directed us to the town,” she said. They worked with Director of Plant and Facilities Bob Palmer, and got approval to use the school. Calvary Fellowship Church already uses Conard for its services, so the framework was already in place for permitting a church to use a school building.

“The town has been really, really amazing, really kind,” Christan said. “Religion can get a bad rap, and some of our friends in other southern New England towns haven’t had as good an experience.”

Christan said that of the two of them, her husband, Brad, is best suited to be the main pastor, while her role will lean toward caring for people outside of the church. In order to hone those skills, and earn some money to support the family, Christan has been “training” while working as a barista at Starbuck’s in Bishops Corner.

“I love the dynamic of working in a coffee shop, interacting with the regular customers,” Christan said. “You really start caring about the people, letting them vent, bringing a smile to their faces.”

The lead team that the Causeys have put together for Essence Place now numbers nine, and includes leaders for kids’ ministry, creative arts, guest services, equipment, and community care. Creative arts – music as well as theater – is something very important to the Assemblies of God, Christan said, and the music will have a contemporary bent. They hope to have a full band included as part of the worship.

“We want to be a ‘church center,’ and not just about the Sunday service,” Christan said. They have permission to use the Charter Oak cafeteria as well, and that’s where the kids’ activities will be held.

“Our church is open, and anybody is welcome to come,” Christan said, including those who are just curious. Less than 5 percent of West Hartford identifies as Protestant, Christan said. About 55 percent report having “no faith” according to their research, and she hopes that many of those will at least give Essence Place a try.

The doctrine follows scripture, both Old Testament and New Testament, she said. “It’s a marathon, not a sprint,” she said of the faith. “We believe God is a ‘process-oriented’ God, not a ‘results-oriented’ God.”

Even though it hasn’t even launched, Essence Place has already gotten involved in the community, and held a food drive for the West Hartford Food Pantry on Feb. 4 at the Stop & Shop on Farmington Avenue.

Christan said that she and Brad felt it was very important, coming into a new community, to forge a relationship with key gatekeepers. “We want to add to whatever is happening here.”

As they prepare for the official launch, the Causeys are holding a “meet and greet” at J.René Coffee Roasters at 320 Park Rd. in West Hartford on Monday, March 5, from 6:3o-8:30 p.m. Coffee and desserts will be served, and the goal is to get to know neighbors over casual conversation.

Essence Place will hold its first service at Charter Oak at 10:30 a.m. on Sunday, March 18, and they will meet every Sunday thereafter at that time. Plans are to add community groups as well.

Between 40 and 50 people have indicated that they plan to attend the first service, Christan said. “We hope and pray that if you build it …” 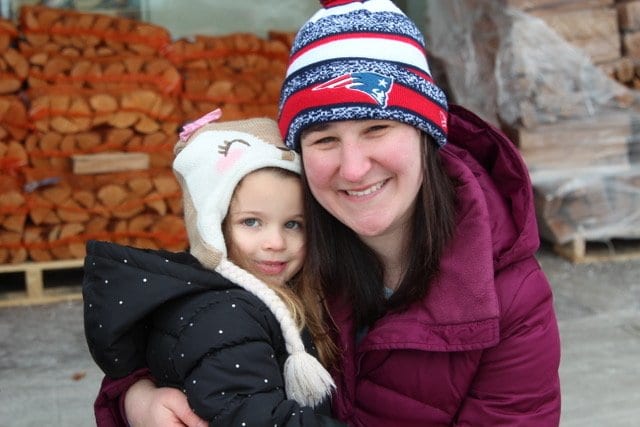 Kids’ Director Ashton Curry (right) with the Causey’s daughter at the food drive at Stop & Shop on Feb. 4. Courtesy photo 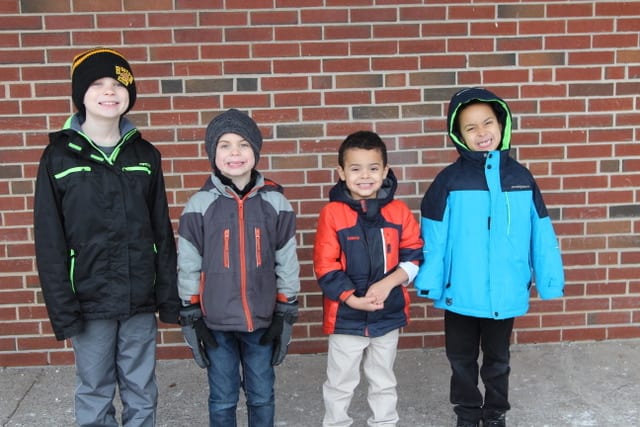 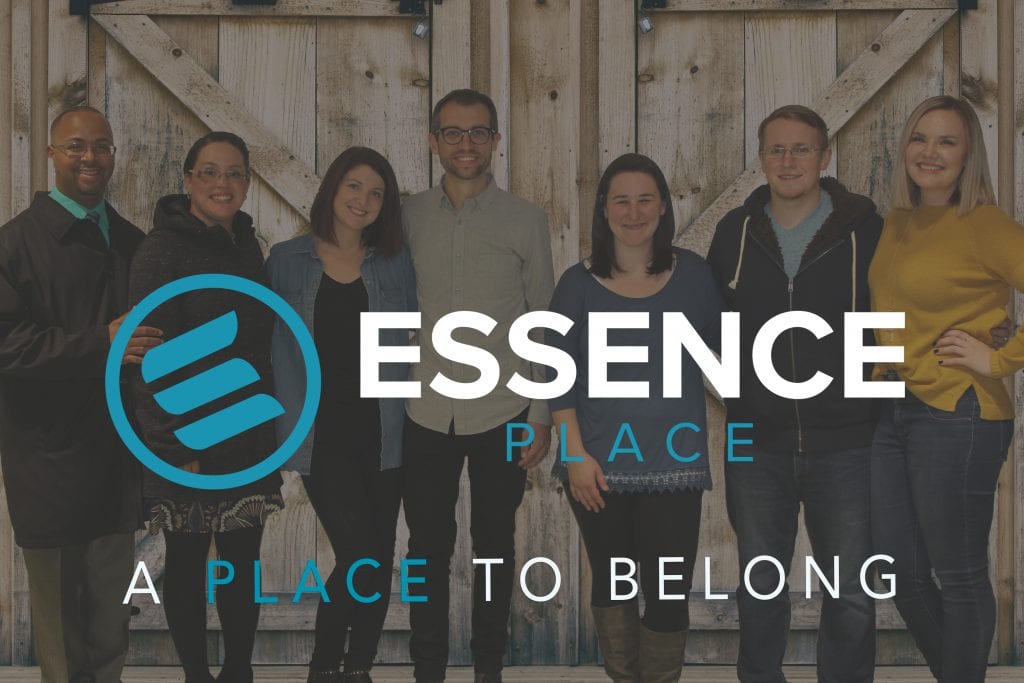