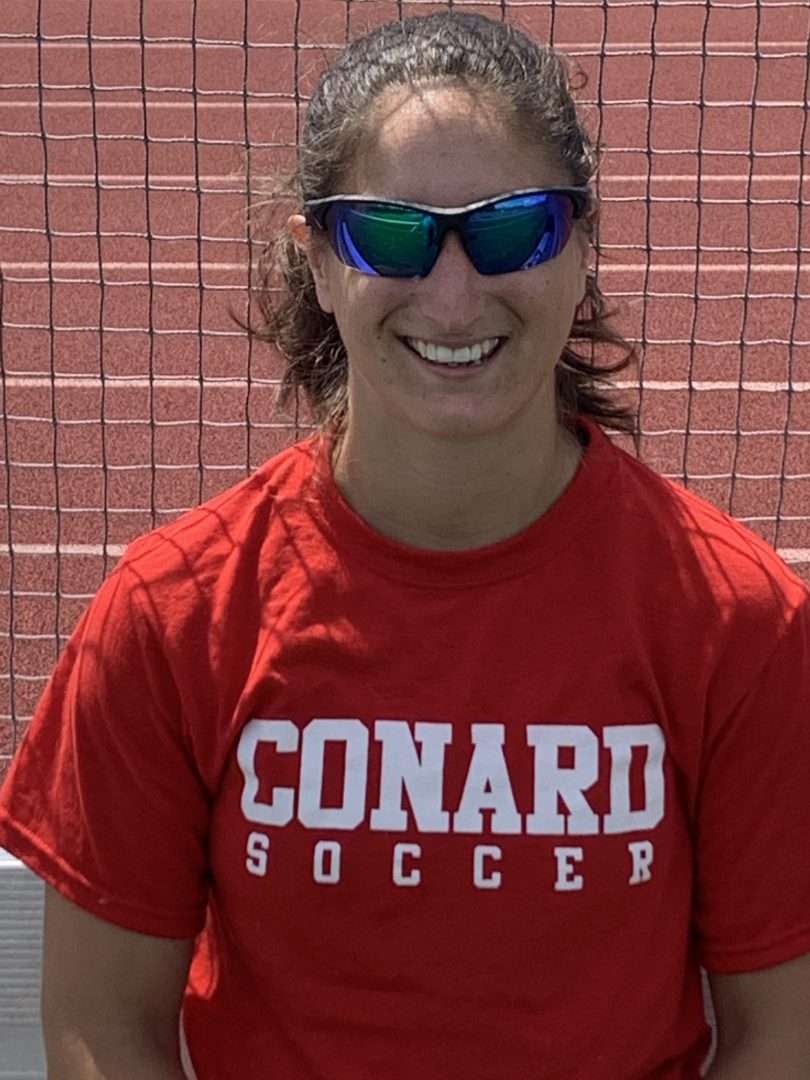 There will be several changes this fall when the Conard boys varsity soccer team takes the field. The team will have a new nickname – the Red Wolves – and maybe most importantly, a new head coach, one that will be making history.

Becca Lewis, a history teacher at West Hartford’s Conard High School and a former assistant boys soccer coach at Hall High School, will be replacing Adam Linker. Lewis – who brings a family history of coaching and teaching, as well as a strong soccer pedigree – is the first female head coach of the varsity team.

“As much as I love coaching with Zeke [Seguro] and the Hall boys, it’s a great opportunity to coach at a school where I teach, and to be a head coach,” said Lewis.

Soccer is in Lewis’ blood. She played at Hall and after graduating in 2010, played four years at Division III Ithaca College where she played in four NCAA tournaments, including a Final Four. The goalkeeper was granted a fifth year of eligibility while working on her advanced degree, and played that year for CCSU, competing in a fifth NCAA tournament.

She has been the JV boys soccer coach at Hall the last five seasons and worked alongside boys head coach Seguro with the varsity boys team. In addition, Lewis won a gold medal playing soccer in the 2015 Maccabi Games, and another gold as the coach of the youth soccer team in the 2019 Maccabi Games.

“I’ve seen many female coaches getting opportunities at the national level as never before,” said Lewis. “To see that at the local level is awesome.”

Being the female head coach of a varsity boys team can bring its own unique challenges. Lewis says she has already talked with her returning players, and that not one of them seems concerned about playing for a woman.

“Many of these kids know each other. I know players on Conard were texting with the Hall kids I coached to ask about me,” said Lewis.

After meeting with her new team, she says she’s already impressed with their maturity. “They see me as a coach first and that really impressed me. In our first meeting, there was not even a question about playing for a female head coach.”

Coaching and teaching run deep in the Lewis family. Her mother, Bonnie Lewis, was a teacher and the first female to be the head coach of a boys swimming and diving team in Connecticut when she coached the team at Newington.

Becca Lewis has also coached the Hall girls softball team for the past five years, and her teams have reached the state quarter- and semi-finals in the last two seasons. 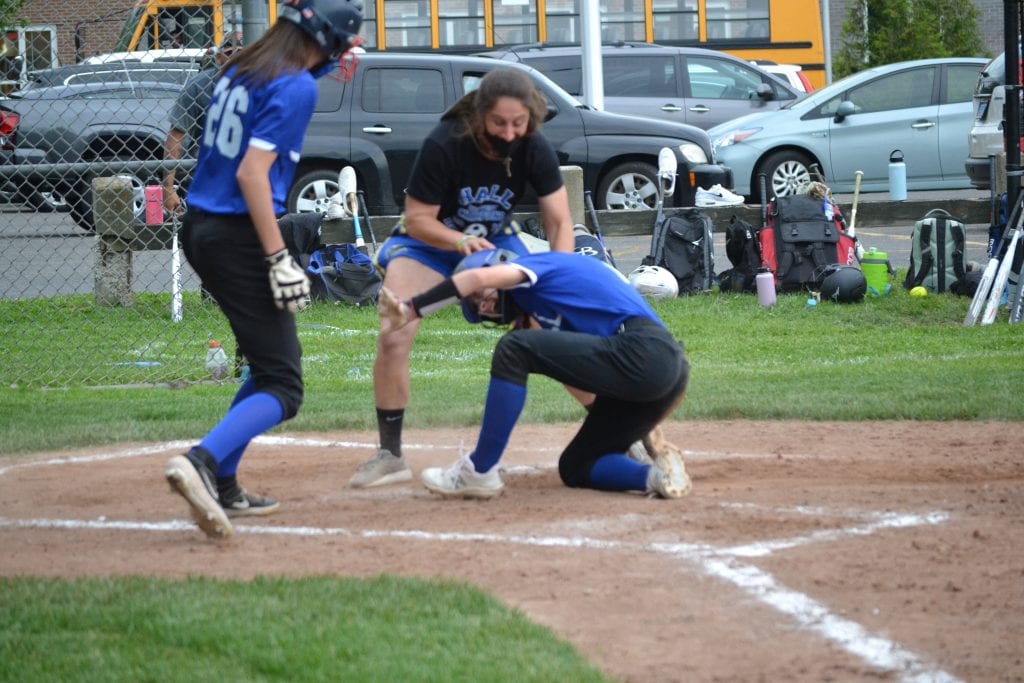 “To move that needle is cool,” said Lewis of her new role as  the head coach of a boys team. “Being able to trace that lineage back is great.”

Lewis also gives full credit to coaches she’s played for, like Hall girls soccer coach Scott Ferguson. “He’s always just one phone call away,” she said. She also credits Seguro and her coaches at Ithaca, who she said gave her their time and helped her learn the game.

Conard will open by hosting a very tough Glastonbury team on Sept. 8. The first practice is Aug. 25, but Lewis is already talking with her returning players to start mapping out goals for the season.

“One big goal,” Lewis said, “is to host a state game by finishing as one of the top 16 boys teams in Class LL.” Last season, Conard played two tourney games, both on the road.

Lewis calls her squad a great group of student-athletes and says she’s very excited … but she admits she may have a few butterflies just before that first game. “If I have butterflies, that just tells me I’m doing something I care about,” she said. “I’ve always told my players before a game to use that energy on the field if they are nervous before the game.”

She also knows that being the first female head coach of the school’s boys varsity soccer team puts her in a spot to help other young girls and  women. “If I am a role model for others after me, I just hope I can live up to that.”