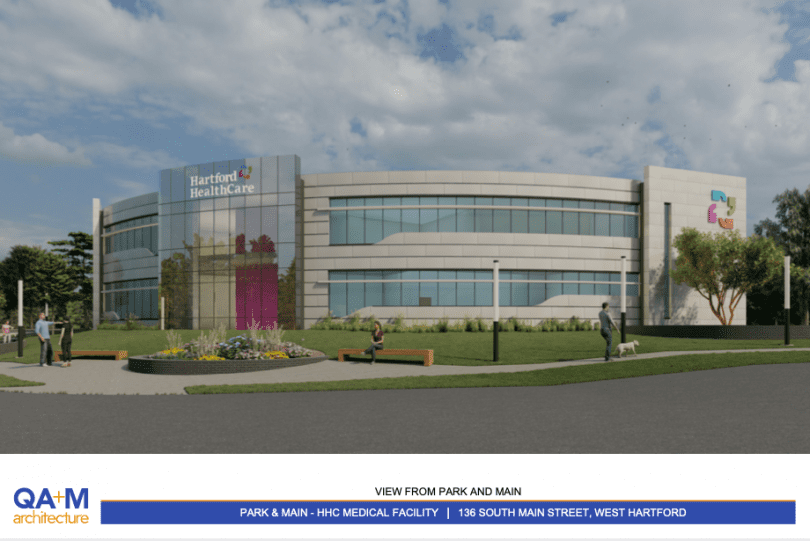 The existing funeral home building at 136 South Main St. in West Hartford will be demolished and replaced with a two-story medical office building. [Updated, May 4, 2021] 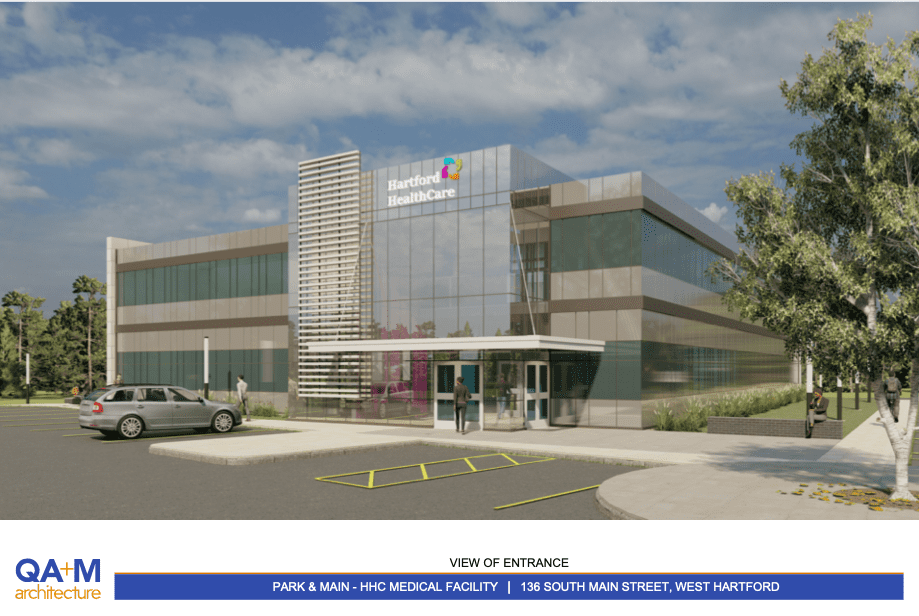 The southeast corner of South Main Street and Park Road in West Hartford is about to undergo a major transformation as the nearly 60-year-old Taylor and Modeen Funeral Home building is demolished and replaced with a brand new Hartford HealthCare medical facility.

Ron Webber is one of the members of 136 South Main Street LLC which purchased the 1.31-acre property and existing building from Taylor and Modeen about a year ago for $2 million. He said said he and his team, as well as the teams from Hartford HealthCare and architect Quisenberry Arcari Malik, LLC, are really excited about the plans for the two-story state-of-the-art facility.

The building will be roughly 17,000 square feet – and occupy a footprint that is slightly larger than the existing single-story structure which was built in 1962.

Town Planner Todd Dumais said Tuesday that site plan has already been reviewed and approved on an administrative basis.

The property is located in a BN zone, Dumais said, and general business use as well as professional offices are permitted in that zone. A restaurant or retail business could also be located in the BN zone without need for any zoning modification.

At two stories, and with a height of 25 feet, the building complies with zoning. The proposed building also meets the floor area ratio (FAR) requirements for the parcel.

Storm water and traffic impact studies were reviewed as part of the administrative approval process, Dumais said, as was the landscaping plan.

“As long as they are not asking for relief for standards or anything outside of the zoning,” Dumais said most development in West Hartford is handled as an administrative process, “as of right,” and hearings are the exception rather than the rule.

Dumais said while it wasn’t required, he submitted the plans to the town’s Design Review Advisory Committee (DRAC) for their input because it represented a change in architectural style. DRAC gave it unanimous approval, he said.

“They thought it was very high quality, and a fitting architectural response for a prominent corner,” Dumais said. They also approved of the use of materials.

The existing parking on the south and east sides of the parcel will remain. Dumais said the parking lot is actually zoned RP, and intended as a buffer for the residential area.

The final plans differ slightly from the renderings, Webber said, but the building will curve along the corner of South Main and Park, with an arced glass facade and beautiful plantings. The parking areas will be where current parking lots are located and the main entrance to the building will be on South Main Street and face the Court of Saint James driveway (and CVS) to the south. 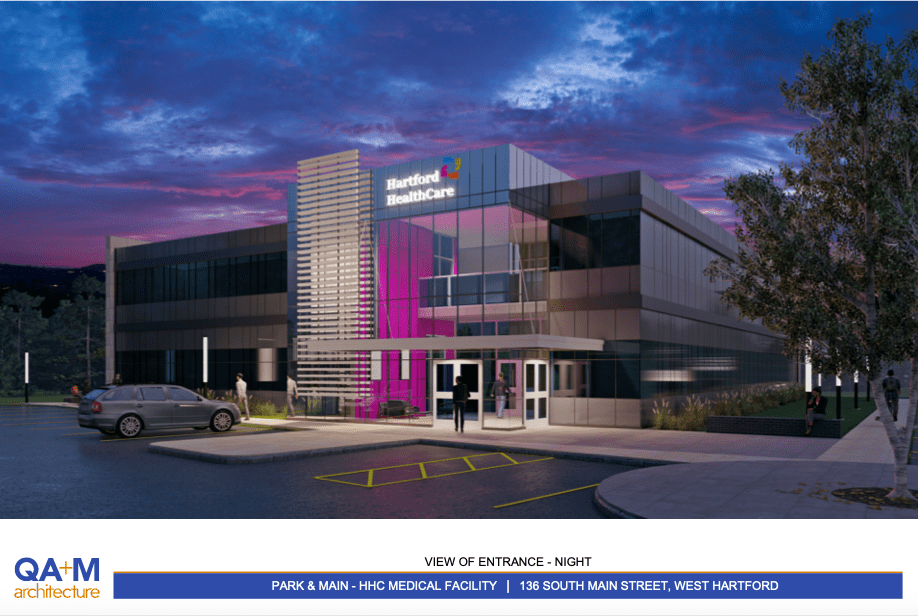 According to Webber, the ground floor of the building will be an imaging center where MRIs and other procedures will be performed.

The second floor will be the offices of two different medical practices, but although he did not have details about what type of specialties will be included he said it be something different than the Hartford HealthCare Medical Group primary care facility right down the road at 445 South Main St. 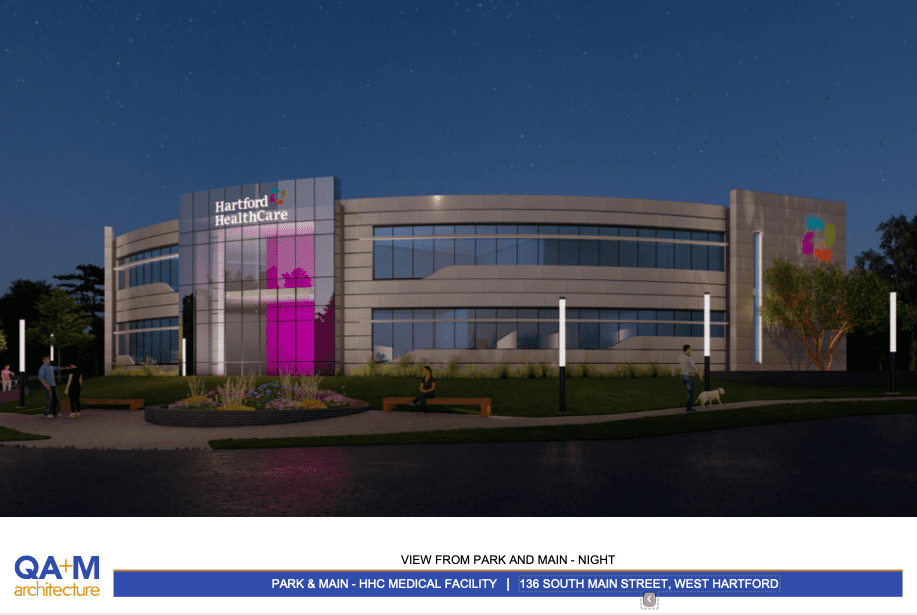 Demolition of the funeral home building will take place with the next week or two, Webber said.

Dumais said he has not seen the submitted building permits, which will be reviewed for code and life safety compliance, but doesn’t expect anything that will be a problem from a zoning perspective.

Once permits are approved by the town, construction of the core and shell of the new office building should take about eight months, Webber said. After that, Hartford HealthCare will take over the fit-out of the entire space.

Town Manager Matt Hart confirmed to We-Ha.com that “all indications are that the new facility will be subject to our local property tax for both real and personal property,” thereby contributing to West Hartford’s grand list.

The building has been vacant since it was sold in the spring of 2020. Taylor and Modeen, which has operated in the Hartford area for more than 110 years, moved their business to share space with Sheehan-Hilborn-Breen at 1084 New Britain Ave. The businesses had already planned the merger of their local operations, which became official on Dec. 1, 2020.

The transition has gone very smoothly, said David Skinner, who runs Sheehan-Hilborn-Breen following the retirement of Charlie Hilborn, and Bob Kennedy, a longtime Taylor and Modeen funeral director, has transitioned along with the business. “Our goal is to serve people to the best of our ability, and we want to continue to that trust and service,” Skinner said. 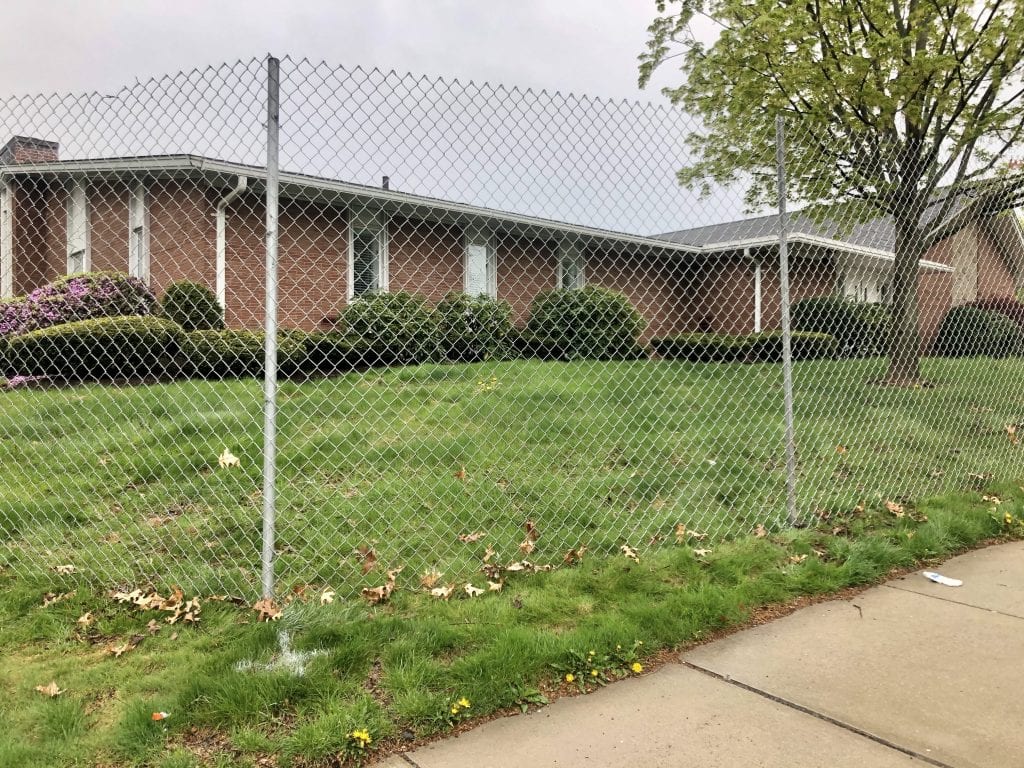