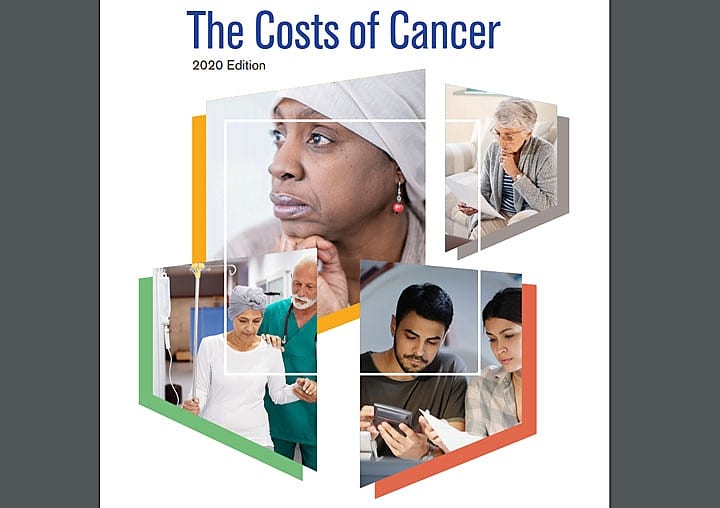 Out-of-pocket expenses can be unpredictable, and unmanageable, the report indicates.

Bertrand Levesque was having most of the cost of his cancer treatments picked up by Medicare, his son Roger said.

Then the Newington resident, who is in his 80s, had a bad reaction to his chemotherapy shots and had to switch to oral chemotherapy which he takes at home.

The transition, from going to a cancer center to receive a shot to taking the medication by mouth, came with a $2,600 a month price tag, said Roger Levesque who along with his siblings has been helping their father get through Multiple Myeloma, a cancer of the plasma cells.

“The insurance companies get away with it because now it becomes a prescription,” Roger Levesque said. “He has less side effects and takes it at home without even seeing a doctor but it’s $2,600 a month for three pills.”

Bertrand Levesque’s plight is just one of many that cancer patients face as they deal with the cost of treatment, said Bryte Johnson, Connecticut Government Relations Director for the ACSCAN.

“For a lot of families even a few thousand dollars is problematic,” Johnson said. “We’ve seen people who wound up losing their house over it, it’s more common than you think.”

Cancer patients spent $5.6 billion in out-of-pocket costs for cancer treatment in 2018 and the disease cost the country $183 billion in cancer-related health care spending in 2015, according to the report.

The nonpartisan network aims to make cancer a priority among local, state and federal officials to promote evidence-based public policy on reducing the burden of the disease financially and creating public awareness policies for cancer prevention.

The authors looked at the expenses for each patient by examining the cost if they had insurance through their employer, through an individual market plan or through Medicare.

Even with insurance, cancer patients often face unpredictable or unmanageable costs including high co-insurance, high deductibles, or higher incurred by having to seek out-of-network care or needing a treatment that is not covered by their plan, the report said.

Newly diagnosed cancer patients often see their highest out-of-pocket costs in the first two to three months following a diagnosis until they meet their deductible and out-of-pocket maximums, the authors said.

Cancer patients who pay for an individual market plan through the Affordable Care Act could be facing escalating costs and fewer treatment options if the U.S. Supreme Court strikes down portions or all of the 2010 law, ACS officials said.

The Supreme Court is set to hear a challenge to law which allows the uninsured to purchase low cost insurance with subsidies on Nov. 10 against the backdrop of the worldwide coronavirus pandemic which has killed more than 220,000 Americans since March.

“COVID (the disease caused by the coronavirus) is scary enough as it is,” Johnson said. “It’s a very real possibility that by the time the Supreme Court issues a decision in June that coverage could be taken away.”

Most of Bertrand Levesque’s treatment expenses were being paid by Medicare until he suffered neuropathy, a numbing of the hands and feet, which could have become permanent, his son Roger said.

He stopped chemotherapy for a while but then had to restart when his numbers began looking tough, Roger Levesque said. He was showing up weekly at the Gray Cancer Center to get his chemo shot but his doctor instead put him on oral chemotherapy which should prevent the neuropathy, his son said.

The problem is that the oral chemotherapy has a $2,600-a- month co-pay even with Medicare, he said. The family was able to get a state grant for $11,000 to pay for the chemotherapy for the next three or four months, Levesque said.

“I don’t know if I can get another grant when this runs out,” he said. His father will be on the chemotherapy as preventative maintenance for the rest of his life, Roger Levesque said.

“At this point all we can do is reapply when the money runs out and take it from there,” he said.