The West Hartford Police Department said Tuesday that a burglary suspect is being held on $500,000 court set bond.

The West Hartford Police Department did not provide details about the nature of a residential burglary in town to which a suspect has been connected, but they did announce Tuesday morning that Mario Roberto Munoz-Acevedo, 52, of Flushing, NY, is now in custody and being held on a bond of $500,000 set by the court. 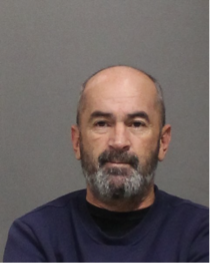 Police said that Munoz-Acevedo was extradited to Connecticut from Nassau County, NY, where he was already in custody on separate charges, and brought to West Hartford Police who had obtained a warrant for his arrest and have now charged him with first-degree burglary, first-degree larceny, and third-degree criminal mischief.

Capt. Daniel Moffo said that over the past few months, West Hartford Police have been “diligently responding to, documenting, and investigating reports of residential burglaries which occurred in town.”

In response to a question from We-Ha.com, police did not provide any details about the burglary to which Munoz-Acevedo is connected, nor did they indicate the reason for the high bond.

The investigation of the incident to which Munoz-Acevedo is connected, as well as the investigations of other burglaries, remain active, and police said they are not providing any information at this time other than what was provided in Tuesday’s news release.

Online court records do not indicate any prior charges filed against Munoz-Acevedo in Connecticut.

Police said they are continuing their investigations of recent burglaries, and ask that any member of the public who may have information which could aid in the investigation contact the West Hartford Police Department at 860-523-5203 or via the anonymous tip line860-570-8969 or email [email protected].