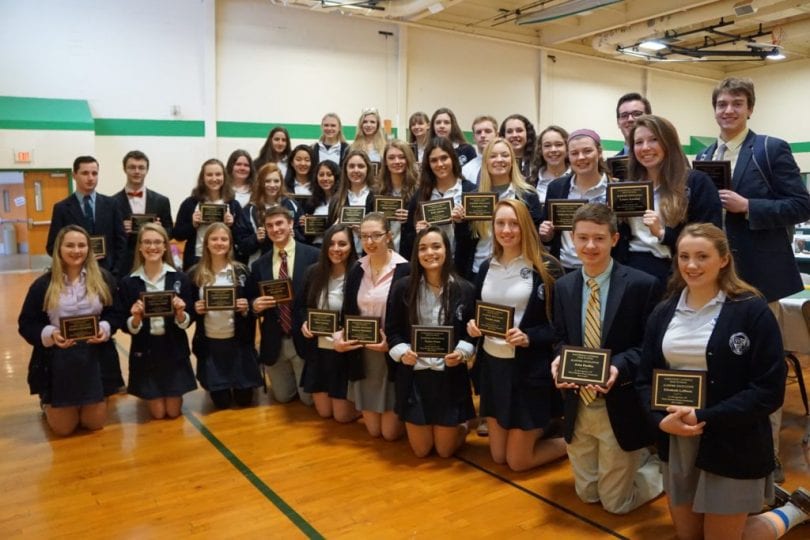 NWC alumna and West Hartford resident Jennie Quinn spoke to the 30 seniors who were being honored for their achievement. 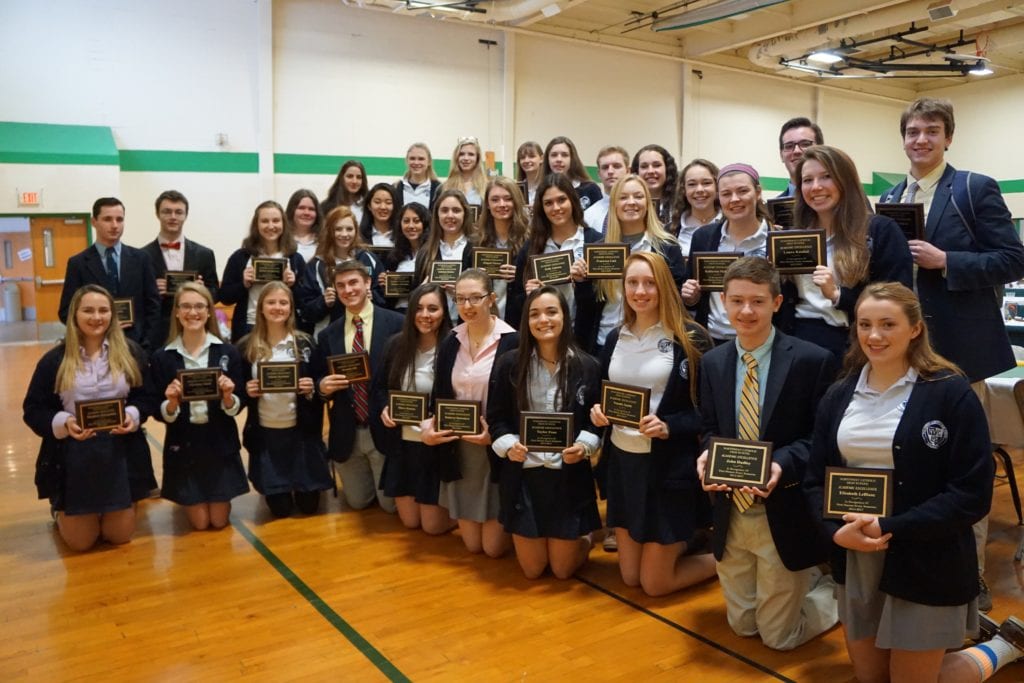 Each semester at Northwest Catholic High School in West Hartford students who earn First Honors are congratulated with a warm breakfast. On February 15 over two hundred students gathered to be recognized. But on Wednesday there was an added accolade. Seniors who earned First Honors every single semester since they began at Northwest Catholic received a plaque and special recognition for their remarkable achievement.

President and Chief Administrator David Eustis and Academic Dean John Cusson began the ceremony by congratulating all the students on their academic performance. Then guest speaker and Northwest Catholic alumna Jennie Quinn addressed the audience.

A 2003 graduate of Northwest Catholic and resident of West Hartford, Quinn applauded the students for their hard work and subsequent success, then shared a bit of her own story. After graduating from Northwest Catholic, Quinn went on to the College of the Holy Cross, earning a degree in history and environmental studies. After graduating in 2007, Quinn began her career at USI Insurance Services. Quinn later returned to school to pursue a law degree at Western New England University. Today, with her B.A. and J.D. in tow, she is an investigator for the Department of Labor, reviewing and regulating employee benefits.

Quinn began by humbling admitting she was surprised to be invited as the keynote. She graciously honored her mother, a guidance counselor at Northwest Catholic, saying, “My mother was a great counselor to me when I was in high school, and she still is today.” Quinn told the students they may feel overwhelmed at times — she admits she did too — but she assured them they will be okay. She also told the students one day soon they will greatly appreciate their education at Northwest Catholic, especially because they will discover that they’ve built strong relationships at the school. She explained how she still loves to return to Northwest Catholic and see familiar faces.

After certificates were distributed to all the students earning First Honors, the seniors who earned this distinction every semester received their plaques. Following the ceremony, David Eustis remarked, “My congratulations to the 30 seniors who were awarded plaques today for their excellence in achieving First Honors in their first seven semesters here. Their academic achievements have placed them among the most accomplished senior classes to ever graduate from Northwest Catholic.” John Cusson echoed Eustis’s sentiments, adding, “I am incredibly proud of their accomplishment. It’s not easy to make First Honors, but seven times in a row is amazing!”