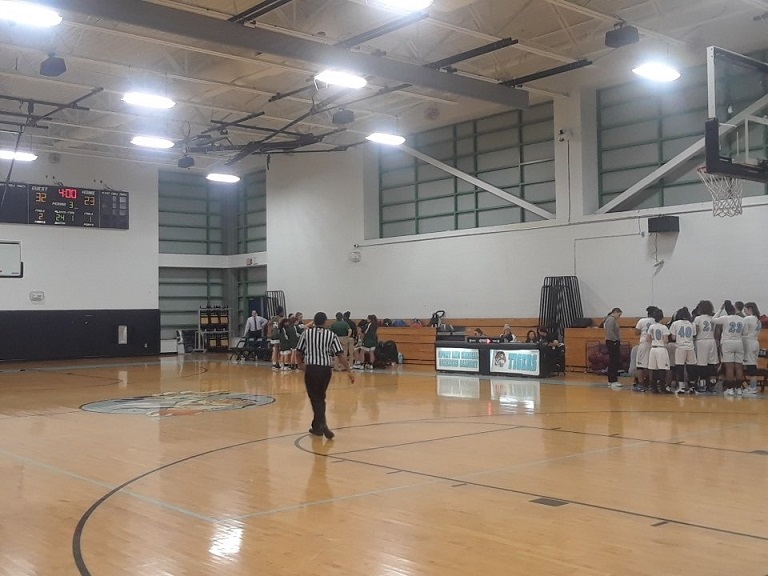 Northwest Catholic takes down 5-seed SMSA to set up a match with 12-seed Windham in the second round of the Class S Tournament.

Morgan Murphy paced the Lions with a game-high 18 points, scoring 16 in the first half. Brianna Lebrun followed with 15 as she controlled the paint in the second half.

Despite only having two players in double figures, Northwest Catholic head coach Al Phillips said it was a complete team win over SMSA.

“They followed the game plan to a T,” said Phillips. “Everything that we practiced for the last two days, defensively, was there. I couldn’t be more pleased with that.”

The Lions led the Tigers 11-4 after one quarter and took a 28-14 lead into halftime. Northwest Catholic had to stave off SMSA runs, however, to stay ahead in the second half.

The Tigers went on a 9-0 run to cut the Lions’ lead to 32-23 halfway through the third quarter. Northwest Catholic took control over the last three minutes to head into the fourth quarter up 40-25.

The Lions showed no signs of slowing down in the final eight minutes. After a series of offensive rebounds, Lebrun scored to give Northwest Catholic a 44-28 lead with six minutes left.

As SMSA picked up its offensive tempo to mount a comeback, Northwest Catholic kept pace on the other end of the floor to maintain its double-digit lead.

With the win, the Lions avenged a 63-60 loss to the Tigers from Jan. 11. As a No. 28 seed matched up against a top seed in the state tournament, Phillips said his team was ready for the Class S Tournament due to its challenging schedule and having a healthy roster.

“Now that we’re here, I feel like we can compete with the field that’s ahead of us – wherever that may be, it doesn’t matter,” said Phillips. We just have to keep playing.”

With a breadth of young players and no seniors to lose, Phillips said getting to the tournament was paramount to getting the Lions experience they can build on for next season – no matter how this one ends.

Northwest Catholic continues its postseason at No. 12 Windham in the second round Thursday night.