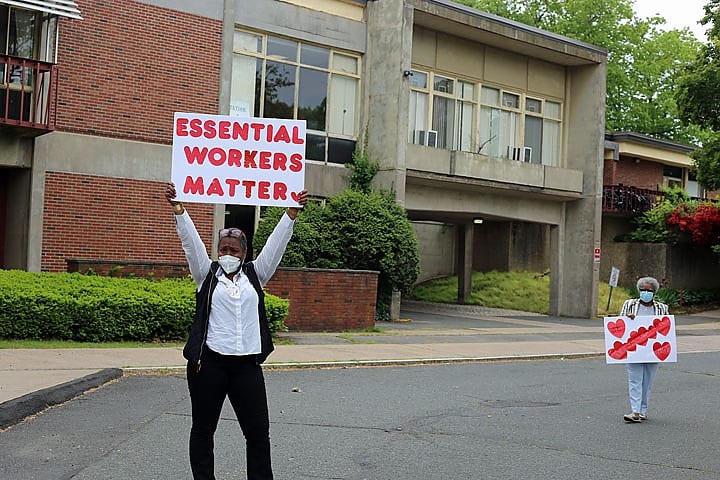 West Hartford has had one confirmed case of COVID-19 in either a nursing home or assisted living facility in the past week, and no fatalities attributed to the coronavirus.

Under its new reporting mechanism, the state of Connecticut reported Thursday that six more nursing home patients and one staff member have died over the past week.

Among the 83 assisted living facilities that have reported at least one positive COVID case, 14% of the 7,455 residents tested positive and 370 have died, according to the Department of Public Health.

The department reported that there were 58 new confirmed or suspected cases of COVID in Connecticut’s 215 nursing homes. There were also 42 new cases among the staff at the nursing homes.

In West Hartford, there was one new confirmed case of COVID-19 reported for the week of June 24-30 among residents at the town’s five nursing homes. There were no confirmed cases among staff members, and no deaths of either residents or staff.

Mag Morelli, president of LeadingAge Connecticut and Matt Barrett, president and CEO of the Connecticut Association of Health Care Facilities/Connecticut Center for Assisted Living, said the data demonstrates that the nursing home and assisted living sectors are recovering.

“Moving forward, as we continue to implement the weekly testing of staff, this data will inform the public health officials and the nursing homes in their continued efforts to combat the virus,” Morelli and Barrett said. “The pandemic is not over and we must remain vigilant in our efforts to secure protections for older adults and their care providers.”

Josh Geballe, Gov. Ned Lamont’s chief operating officer, said two weeks ago that if a nursing home can remain free of COVID-19 infections for two consecutive weeks they will no longer face the mandatory testing requirements under Lamont’s executive order.

“If you have facility that tests completely negative, both staff and residents for 14 consecutive days, then the repetitive testing is no longer required,” Geballe said outside the Community Health Center of New Britain.