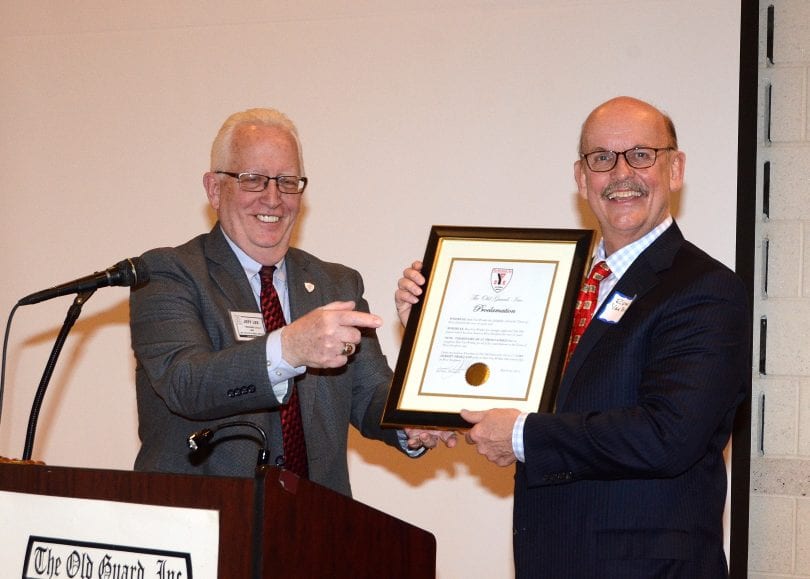 The proclamation cited the service of over 31 years to the town by Van Winkle as he prepares for his retirement at the end of June and the many occasions he has presented information on town fiscal affairs. Van Winkle was also presented with a membership application to the Old Guard for membership commencing in September.

In his remarks, Von Winkle cited the current budget activity as the most complicated that he has faced in his time as town manager, complicated by major changes in the state budget, the MDC ad valorem tax problems, and the potential acquisition of the University of Connecticut property in West Hartford.