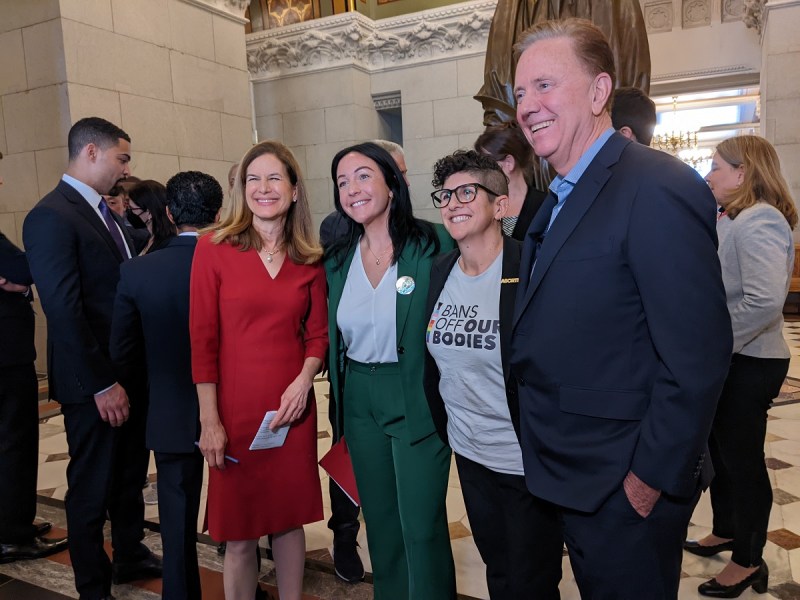 Advocates and Democratic state officials gathered under the state Capitol’s rotunda Monday to mark the 50th anniversary of Roe v. Wade and to announce their commitment to redoubling efforts to broaden access to abortion care in the absence of the landmark legal decision.

The event was the first commemoration of the 1973 court decision, which had previously made abortion legal nationwide, since the U.S. Supreme Court overturned the ruling last year. Rep. Jillian Gilchrest, a West Hartford Democrat who co-chairs the Reproductive Rights Caucus, said it was an emotional anniversary.