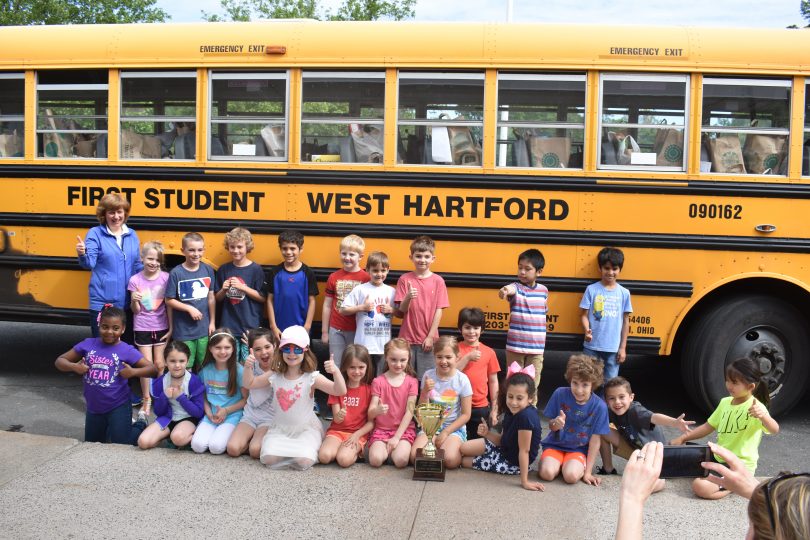 Mrs. Green’s second grade class collected the most food and won the trophy and the honor of helping to fill the bus. Courtesy photo

They are organized, industrious and intelligent and they work purposefully all summer in order to produce enough food to survive the winter. 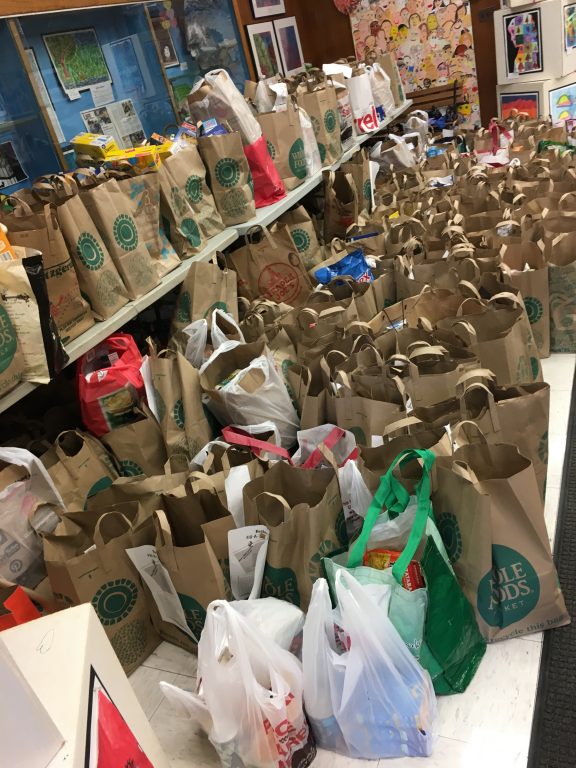 Some of the 4,000 items that were collected for Bugbee-Fill-a-Bus. Courtesy photo

That is the activity of social bees, and on Friday, it was the same intent of the Lloyd H. Bugbee Bees, who only needed four days to work, as students spent the morning filling a school bus with enough food donations to feed roughly 700 families.

“That number is huge, but it’s really just a small amount when you consider how important the summer months are,” says organizer co-chair Lisa Sadinsky. “A lot of folks don’t realize that while food donations are generous during the holiday season, the food pantry is virtually depleted at the beginning of the year and the donations run dry during the summer. What’s important to remember about that is that kids who benefit from a free or reduced breakfast and lunch during the school year will need to rely more on the food pantry during their summer vacation.”

“This year exceeded expectations,” adds co-chair Marie McNamara, who was instrumental in establishing the yearly event in 2014. “Considering there were so many end of the year events happening at the same, the fact that 4,000 items could be collected, checked and sorted in four days is astounding.  The kids’ engagement and passion for this campaign never ceases to amaze me.”

The Fill-A-Bus campaign has become an important teachable moment for the students at Bugbee. “Our teachers incorporated the food drive campaign into lesson plans in math and estimations as well as word problems and predicting outcomes,” says Principal Kelly Brouse. “In addition, this was a great opportunity to live our motto of being champions for others and realizing that generosity like this benefits our neighbors and friends who need it most. To watch these little bees come together to give back to our community is really something special. Sometimes it’s those life lessons that prove to be the most meaningful. In fact, one of my favorite memories of the week was seeing one child help a kindergartner whose backpack was so loaded with cans they had trouble carrying it.”

While the students embraced the meaning of giving back, it was not without a little healthy competition. The class that raised the most food items won a special trophy, and with bragging rights in hand took a victory lap through the halls of the school, cheered on by those classes that came in second and third.

“Mrs. Green’s second grade class collected the most food with 474 total items,” says McNamara. “You could just feel the ‘buzz’ during those four days with kids dragging bags of food to school, excited to try and win that trophy.”

Green’s class also won the honor of helping fill an entire school bus – and a minivan! “The kids get to see just how much food it really takes to fill that bus,” adds McNamara. “Students really took on a leadership role, counting all the food we collected. That student involvement was critical to the success of this food drive, the number of items was secondary. But we’re glad those numbers were ‘second-to-none.”

Since 2014, Bugbee has collected more than 13,000 food items for the West Hartford Food Pantry.

For more information on how you can help support the West Hartford Food Pantry, contact the Food Pantry Coordinator at 860-561-7569. 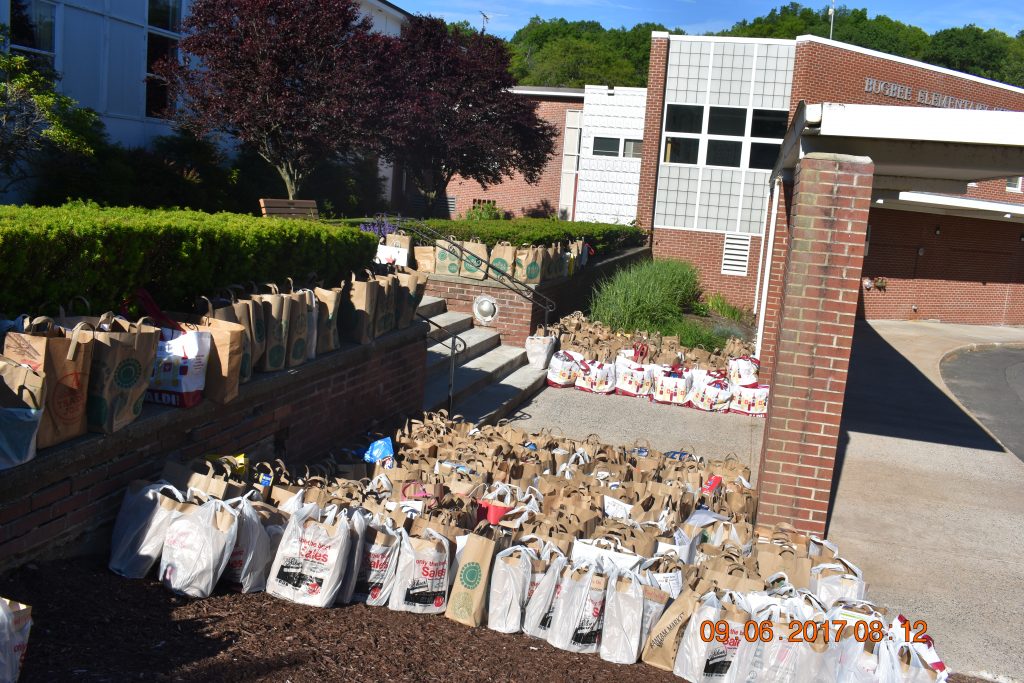