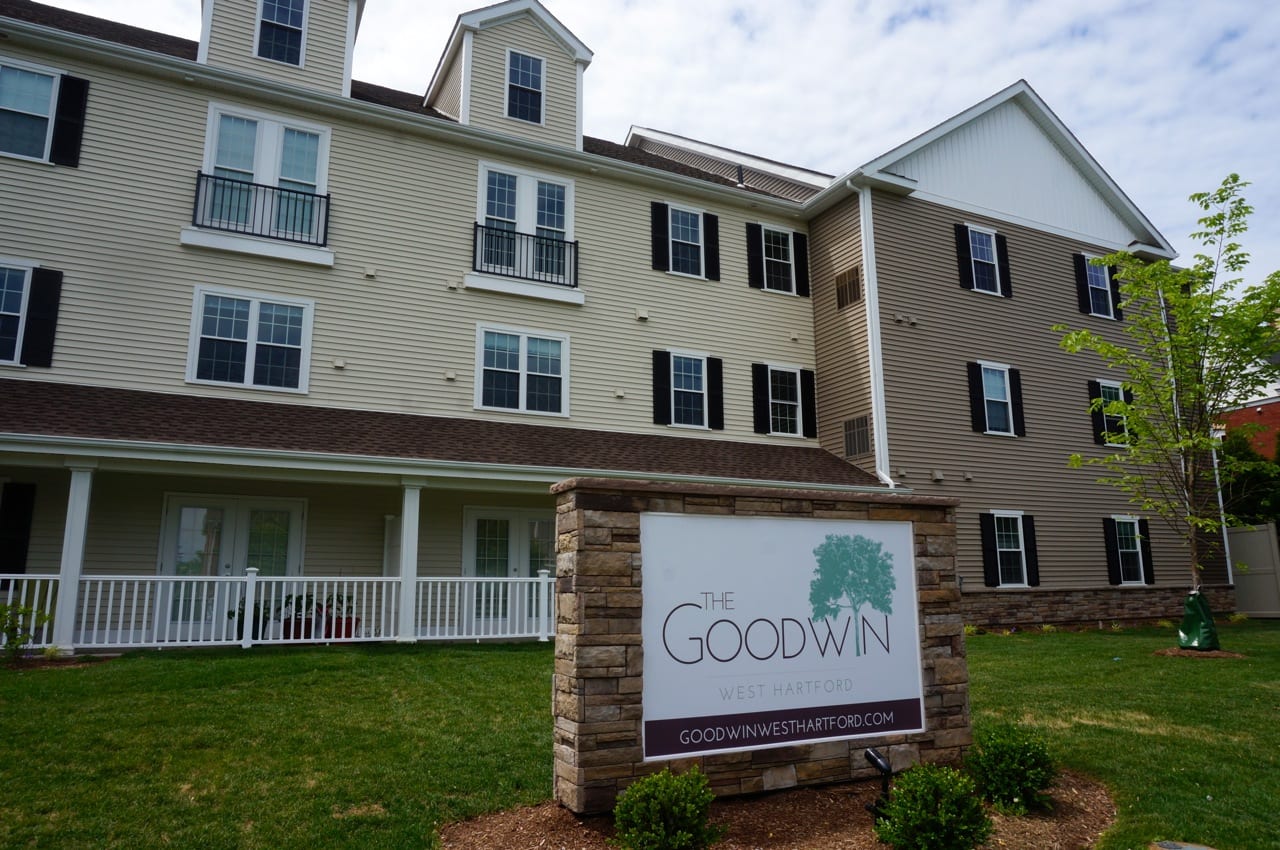 The Goodwin, located at 189 Newington Road, opened in 2015, and 15 of the 47 units are workforce housing. The project faced stiff opposition before being approved. Photo credit: Ronni Newton (we-ha.com file photo)

The West Hartford Town Council unanimously approved a resolution Tuesday night creating an Affordable Housing Advisory Group, and resident David Fink, who spoke during the public comment session of the meeting, praised the move and and provided some recommendations on how to make the group even more inclusive.

Mayor Shari Cantor, Town Manager Matt Hart, and members of the Town Council have come up with an initiative that is likely to not only create the number and type of homes West Hartford needs in the coming decades, but also avoid the acrimony that too often accompanies housing creation.

The Affordable Housing Advisory Group created by the Council this week promises to inject sane proactive housing policy into the Council’s work.

The result is likely to be a variety of new homes so our elderly can affordably downsize, a new generation of Millennials can affordably move into town, and the essential workers we sorely need will be able to live in town. Our town will become more vibrant, equitable, and interesting, with a greater range of restaurants, shops, art and music, culture, ethnicity, and race.

The new advisory group will include experts in housing creation and open-minded, respected town residents. And if, as expected, the advisory group follows the lead of similar housing committees in such towns as Guilford, Fairfield, Stonington, and Old Saybrook, it will not only learn exactly what housing needs the town must fulfill, but also how best to meet them.

In my experience as a newspaper reporter and editor at The Courant and, subsequently, as the policy director of the Partnership for Strong Communities and a housing policy consultant, I have witnessed, and thus advocated for, the development of such groups in a number of municipalities across the state.

They have helped towns successfully expand their range of housing options by injecting three crucial elements to their towns’ housing discussions:

For the new advisory group to ultimately provide the best advice possible to the mayor, town manager, and Council, it will need to be as inclusive as possible. Its size should not be so large as to be unwieldly, but it should include or, at the least, be sure to get input from:

West Hartford needs homes that are affordable to the people we need. We must not say to those people – essential workers in healthcare, food service, public works, education, childcare, and so many other services – that they must live elsewhere, come to town to serve us in the morning, and then leave by sundown.

So more affordable and mixed-income homes can and should be created in our town. Doing so can remain a controversial undertaking tinged by ignorance and acrimony.

But it doesn’t have to be.

The new advisory group can remove the myths, misconceptions and ill-informed emotions from our housing deliberations. Like the towns that have created housing advisory groups, West Hartford can create beautifully designed, well-constructed affordable and mixed-income homes (a) in strategic locations near transit, shopping, jobs and other vital services, (b) that seamlessly fit their surroundings, and (c) do not create the problems uninformed residents typically fear.

The mayor, the manager, and the Council have done all town residents a huge favor. They deserve our thanks.

David Fink, a former newspaperman and housing policy director, has lived in West Hartford for 37 years.