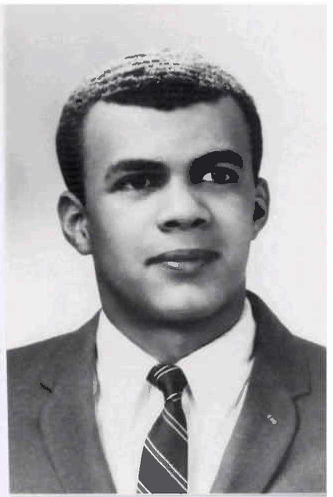 By James A. Johnson

They created long ago an elite, white male dominance system and a complex oppressive system that now affects all of us. This elite group rules actively, undemocratically, and remains largely invisible to millions of people they routinely dominate. Only a few people, like me, outside of the top rank of this powerful elite can name more than a scintilla of white men who occupy the loftiest apex of societal power and control.

Almost every Black person in America has experienced the sting of racism. Black people know racism in their everyday lives.  Europeans are granted exclusive privileges in matters of education, voting rights, land acquisition, and criminal procedure. These privileges existed from the Colonial era to the 1960s. No so for African Americans.

In order to fully understand this story, I suggest reading Part I, published last year on We-Ha.com.

“The black skin you got from me will force you to waste a king-size slice of your lifetime climbing invisible barriers, imaging other barriers where none exist, fending off affronts-real and imagined-to your dignity, proving that you are human, disproving that you are inferior, living down stereotypes, protesting injustice, choking down helpless rage, waiting for freedom, and adjusting to the knowledge that you will still be waiting when you die.”

The road to equality for African Americans is full of potholes that have gutted the highway. Racism, oppression, egregious discrimination, violence, despair and faith are the themes that define the Black experience in America. Race – racism – is in the very threads of the American fabric. It is the essential thread woven into our national character. No matter how we embroider the cloth, it will always be there. Thus, skin color becomes the primary measure of a human’s abilities.

Racism is vicious. It is a learned behavior, built on false premises and fueled by constant cultural reinforcement. We live in a society historically defined by racial boundaries of our own invention. Therefore, we can and should, individually and collectively, change our thinking and behavior.

“In order to get beyond racism, we must first take account of race. There is no other way.” – Justice Harry Blackmun, Univ. of Calif. Regents v. Bakke (1978).

Why does racial equality continue to elude African Americans even after the election and reelection of a Black president? Some people believe it is because of white racism and others blame Black behavior.

Roy L. Brooks, a distinguished legal scholar argues that the reality is more complex in his book, “The Racial Glass Ceiling” (2017 Yale Univ. Press). He defines the race problem as a three-headed hydra involving socioeconomic, judicial, and cultural conditions.

Brooks combines these conditions as “racial subordination” that means the act of impeding racial progress in pursuit of legitimate, nonracist interests.  To explain racial subordination he points out two NBA billionaire owners Donald Sterling of the L. A. Clippers as unquestionably racist with Mark Cuban of the Dallas Mavericks. Cuban agrees that Sterling is a racist but did not support the idea of forcing him to sell his team under the guise that it would be un-American. Therein lies racial subordination that precludes racial justice and creates a racial glass ceiling.

Consciously ignoring or discounting matters of keen importance for racial advancement in deference to important non-racist interest  is not racially neutral or innocent. It is damaging to African Americans and our society. According to Professor Brooks, this is why racial equality continues to elude even socioeconomically successful African Americans, including a Black president of the United States.

So when white America asks: We had a Black President. Why do we need the ACLU, Urban League, affirmative action and the NAACP at this late date? The answer is: It is not that late! Black people in America have told me: “We didn’t land on Plymouth Rock – Plymouth Rock landed on them.” Notwithstanding the aforesaid, no minority person anywhere has been successful without the support of someone in the majority group.

A new movement is taking shape and sweeping the country: Black Lives Matter.

Activists are working to make the country confront racial issues. They have performed a plethora of demonstrations to focus on institutional racism.

It has been said that my character, personality, leadership and athleticism transcended any racial barriers that existed throughout the country in the late 1950s and 1960s.

Can a nation founded on religious freedom and human rights come to treat all of its citizens fairly in the 21st century? I believe we can.

*Bob Teague,was an African American college football star at the University of Wisconsin-Madison in the late 1940s. Later he became a journalist with the New York Times. UW is considered one of America’s “Public Ivy” universities capable of providing a collegiate experience comparable with the Ivy League. “Letters to a Black Boy” is a book explaining to his son about racism in our culture. This message speaks loud and clear and is applicable today.

James A. Johnson is a Conard alum, a former captain of the basketball team, and a proud ambassador of West Harford. Jim is an accomplished trial lawyer and concentrates on serious personal injury, insurance coverage, sports and entertainment law, and Federal criminal defense. He is an active member of the Massachusetts, Michigan, Texas, and Federal Court Bars and can be reached through his website www.JamesAJohnsonEsq.com.