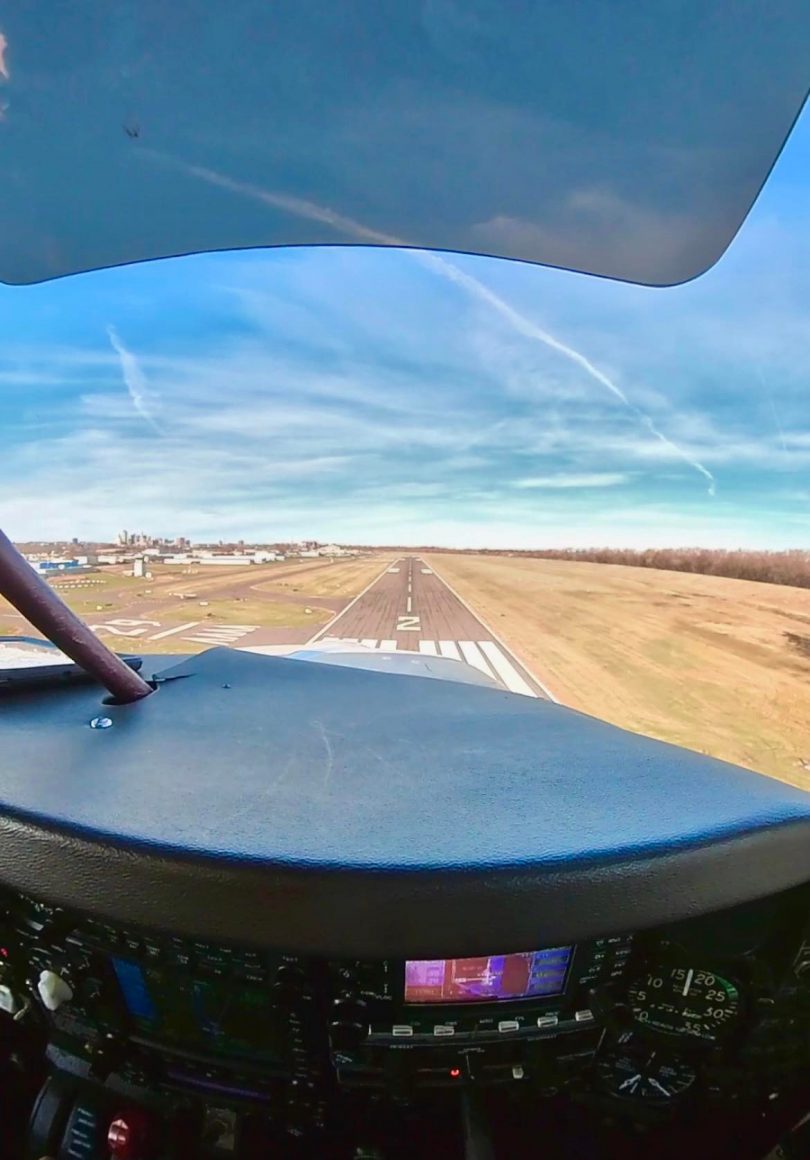 As a first district constituent who lives in West Hartford, I am very concerned about Hartford’s vigorous attempt to close an important regional asset – Hartford Brainard Airport.

At a recent public hearing of the Hartford City Council last week, representing the Hartford Brainard Airport Association (HBAA), of which I am a member, Dr. Michael Teiger presented a message of grave concern. He is a well-known pulmonologist who has medically certified thousands of pilots in Connecticut.

His message was in support of Brainard’s continued service to our community. Surrounding Dr. Teiger’s three-minute presentation, many Hartford citizens were also imploring the council and Mayor Bronin to instead address the blight of city-owned decimated neighborhoods and to invest, improve, and develop – not destroy and decommission.

Hartford desperately needs to clean up neighborhoods, abandoned properties, and neglected empty schools. One speaker cited the Clark Street neighborhood in particular. As a volunteer with the Hartford Catholic Worker, I am very familiar with this particular tragedy. The city’s priorities are dangerously misguided.

The Hartford Council has voted unanimously to decommission Brainard, and they intend to persuade our state legislators in February to remove Brainard from Connecticut Airport Authority (CAA) oversight, paving the way to influence closure. They ignore CAA executive director Kevin Dillon’s argument, recently presented to the Wethersfield Town Council, that Brainard is a strong financial benefit to the community and all of Connecticut.

With over 49,000 operations a year, it supports 361 jobs, brings in $28 million in wages, has an economic impact of $59 million and pays $1.3 million in state and local taxes. The CAA and stakeholders have specific plans to grow the airport and support investment, plans which have been hampered by city roadblocks.

How can the City of Hartford, financially strapped and with a history of questionable management skills both destroy an economic benefit and then manage a successful alternative?

The benefits of Brainard are many. Active users include the Connecticut State Police, the Civil Air Patrol (search and rescue and cadet training), the FBI, Life Flight medical transport, and three professional flight instruction operations, all training to fill the nationwide pilot shortage. Students of all backgrounds attend CT Aero Tech School, supplying much needed aviation mechanics to our region. A thriving avionics company and aircraft repair facility exists on the property. Major tax-paying corporations as well as smaller private companies use Brainard to support their businesses.

Brainard Airport is even listed on the Connecticut registry of historic places, with enough historical memorabilia to create a small museum. Our airport has much to offer and serves not only Hartford, but the entire region.

At state Sen. John Fonfara’s request, a nonpartisan study of Brainard was conducted in 2015: https://nbaa.org/wp-content/uploads/2017/11/Brainard_Site_Use-Staff_Report.pdf . This report strongly supported keeping Brainard open and expanding its utility and services. It is, therefore, such irony that Mayor Bronin and the City Council are pushing to close this valuable resource and yet not address so many abandoned schools and deteriorating neighborhoods in the city. Citizens are begging for their leaders to address the city’s blight.

Mayor Bronin and friends at the MDC might have a plan, but for now, it appears to be a big secret. Why would that be?  I speculate that MDC cohorts like Mr. Sanchez (Hartford Town Council and well-paid MDC employee – conflict of interest?) and Mr. Fonfara (known strong ties to MDC CEO Mr. DiBella) are undoubtedly working behind the scenes.

It is Sanchez and Fonfara who are the most vocal proponents of Brainard’s closure. We have strong suspicions that, in the end, the MDC wants to take the property over and convert it into a garbage transfer facility, build a new energy generating facility and expand MDC waste treatment. Will they request another Hartford bailout with state funding at taxpayer expense? Historically, this happened to us before. We have a right to know their specific plans before it’s too late.

Closing Brainard will be very expensive. Bonds need to be repaid, the land needs to be sold at fair market value, leases need to be honored, and lawsuits for loss of business revenue will need to be settled. Some estimate that cost alone to be at least $40 to $50 million. We know that the city doesn’t have that kind of money and the entire FY2021 budget for Hartford makes no mention of taking on the very substantial expense. Another bailout? Without a defined plan? Don’t we pay enough in taxes now?

There is rumor afoot that Mr. Bronin might use his close school-day ties to Secretary of Transportation Pete Buttigieg to assist him with this effort. Mr. Buttigieg is a smart man. He would seriously question the closure of the third busiest airport in Connecticut without a viable plan to replace it with something better.

Connecticut taxpayers need to speak up.  A letter to Mr. Buttigieg asking him to stay far away from Hartford’s controversial politics would certainly help. We should ask him to read that 2016 study that clearly supports keeping Brainard open. He will easily understand and back away.

The Hartford Brainard Airport Association has carefully studied the many issues surrounding this controversy and is genuinely concerned. We are dedicated to informing the public and our legislators about this impending disaster for the City of Hartford and the region. Every citizen should urge their representatives to look carefully into this matter before it is too late. Time is short and we need action now.