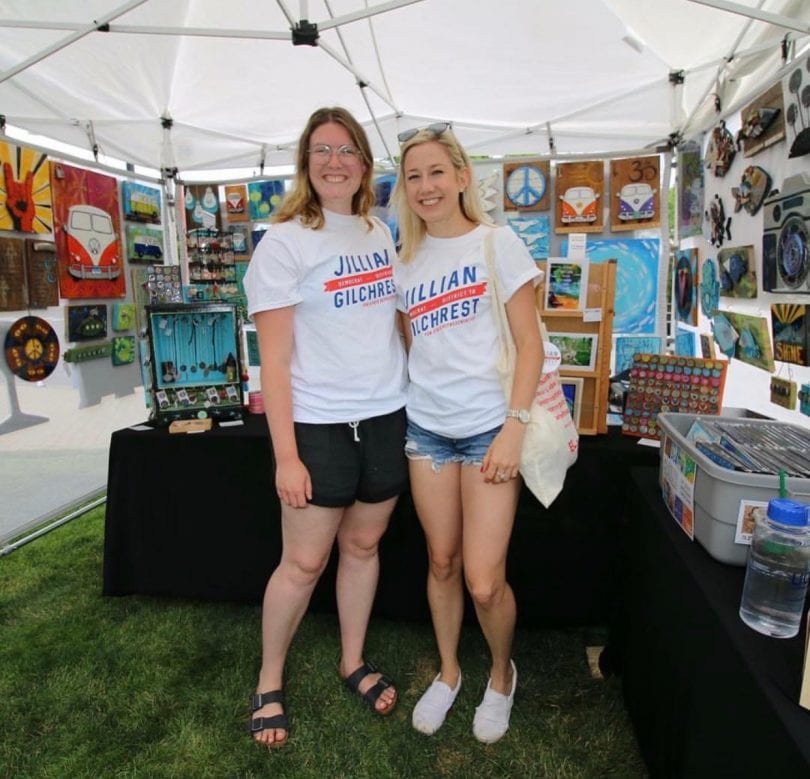 Alannah Boyle is a 2018 graduate of Manhattan College who is the field director for Jillian Gilchrest’s campaign for State Representative.

As a fresh college graduate, entering adulthood and the workforce at a seeming perilous time in American history, I am struck by a question that many mentors and people I look up to are publicly asking: “When your children or your grandchildren look at you and ask you what were you doing at this point in history, what will you tell them?”

This is the question I ask myself every morning when I wake up. What am I going to do today to proactively resist the Trump administrations policies? What am I going to do today that will make the world a safer place, not only for my future children, but for my sisters, the kids I grew up babysitting in my neighborhood, the campers I counseled during the summer at various camps.

What can I do today? I refuse to go to bed at night, with an unsatisfactory answer to that question. Some days are tougher than others — what can I, a 21-year-old from West Hartford, do? I can engage.

I firmly believe that all politics are local. Local politics, while oftentimes largely ignored, can end up having the biggest impact on their constituency. We need local politicians who wake up everyday and ask themselves what they can do today to advocate for their communities, engage with their concerns and learn from their expertise.

Of those 10-12 hours, at least three of them are spent knocking on the doors of neighbors about the Aug. 14 Democratic primary. The most frequent question I receive is, “How is Jillian different from her opponent?” The list is long, but for me the biggest difference is that Jillian will be both informed and a leader.

On June 26, the Supreme Court ruled in favor of Crisis Pregnancy Center’s ability to mislead women. The following day, I stood angry, proud, and ready to fight, by Jillian’s side at a press conference where Sen. Mae Flexer called for her fellow state legislators to be the “first line of defense in protecting women’s healthcare and women’s rights.”

Over a week after the Supreme Court ruling, Jillian’s opponent shared a Hartford Courant op-ed, praising the author for laying out a “smart, fair, constitutionally-protected” way to protect women from these fake women’s health centers. What he failed to mention, is that there was a House bill written this year to do exactly that, a bill that Jillian testified on behalf of both in her role at the Connecticut Coalition Against Domestic Violence and as co-organizer of Women’s March CT. The bill had a public hearing, but failed to get a vote in the public health committee, as very few representatives took a public stand calling on their peers to ensure this bill went to a vote. It is one thing to say you support a policy. It is another thing to show up day-in and day-out, listening to community concerns and publicly advocating on their behalf.

I sleep well at night knowing that what I’m doing every day is helping to ensure my neighbors are represented by Jillian Gilchrest.