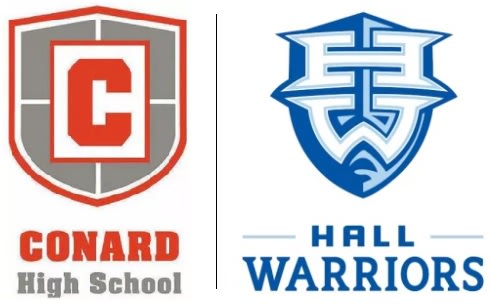 The Schaghticoke Tribal Nation has issued a resolution consenting to the respectful use of Native American names, images, or symbols.

On March 15, 2022, the Tribal Council of the Schaghticoke Tribal Nation (“STN”) approved Resolution #SNA-022 (“Resolution”) consenting to the respectful use of names, images, and symbols that recognize the history and culture of Native Americans. For anyone who has not yet seen the Resolution, it can be found below.

This resolution, adopted by one of the five Native American tribes recognized by the State of Connecticut, is important for several reasons. First, with this document, West Hartford now has the written consent required by Public Act 21-2 to retain the names Warrior and Chieftain at our two high schools AND continue to receive grant money from the Mashantucket-Pequot and Mohegan Fund, scheduled to be $27,820 next year. Second, instead of relying on biased, academic studies from the early 2000s, the Board of Education can now hear directly from one of Connecticut’s Native American tribes on this issue.

I had the opportunity to speak with STN Chief Richard L. Velky last week about the process that led to the resolution, and the tribe’s position on this important issue. During our conversation, he explained that many people from across Connecticut (which comes from the indigenous Algonquin word meaning “long tidal river”) contacted the STN seeking their consent to use a Native American name, image ,or symbol in association with their school or athletic team. The STN Tribal Council adopted this broad resolution so that all schools in Connecticut could rely on it to keep their Native American names, including the Hall Warriors, Conard Chieftains, and Derby Red Raiders.

Chief Velky confirmed what I and many supporters of Native American team names have been saying for years: these names serve to honor and respect the long-standing cultural traditions and contributions of Native Americans in this country.

If Native American tribal members in our own state tell us that they feel honored and respected by the use of these names and images, who are we to challenge them?

The option of keeping the names, with written consent of a Native American tribe, was always available to West Hartford, but our Board of Education and superintendent refused to pursue this option in good faith. Instead of clearly asking the five Native American tribes in Connecticut for their “consent” to use the names Warrior and Chieftain, they sent a vague letter, asking for “input” on the names Conard Chieftains and Hall Warriors. The Board of Education, and outgoing Superintendent Tom Moore, never wanted to have an open and frank discussion about keeping the names. They were dead set on changing them. That was made abundantly clear on Feb. 1, 2022, when the Board of Education rejected a proposal to delay the vote by one month so that the town could hold a public forum and seek additional feedback on our continued use of these honored and cherished names.

It is time to listen to what they have to say.